My anti-Brexit travels took me most recently to Belfast and the Northern Irish border. Coincidentally Theresa May was there at the same time, although never out of sight or sound of Arlene Foster. The Prime Minister did me two great favours. She refused to do a BBC interview for the local equivalent of The Andrew Marr Show, so I took the slot instead. And she didn’t take up an invitation to speak at Queen’s University, so I did that too. Given the overwhelmingly Remain audience, I could see why No 10 preferred the hand-picked affair Arlene provided instead.

My host at Queen’s was Richard English, who studied history with me 35 years ago at Keble College, Oxford, a similar Victorian masterpiece. Richard is now an eminent historian and his latest book is a history of the IRA. He gave me a copy and it is riveting, including interviews with terrorist prisoners in the Maze in the 1980s. “Nobody gave a hoot about the Bible, whose thin paper they used for rolling up cigarettes,” he records. “They were much more interested in politics, including Hugo Young’s biography of Margaret Thatcher, One of Us.”

Nowadays I spend a lot of time in TV and radio studios with Brexit disciples of Thatcher, Messrs Farage and Rees-Mogg. Farage is the one you want to have a pint with. Or rather, a decent bottle, since the Dulwich old boy knows a thing or two about grands crus classés. I first met him when I gave out prizes at the south London public school’s speech day as schools minister a decade ago. He was in the front row, in his old boy’s blazer and tie, alongside his son who was then a pupil. We had a jolly time at the lunch afterwards. For Nigel, the class war is Dulwich vs Eton at cricket; and the Lord’s that matters is in St John’s Wood.

Jacob is also a pretence. His father, William, slummed it at Charterhouse, went into trade (journalism), and lost a fortune as a Lloyd’s name, which Jacob is seeking to repair with investment funds benefiting from his “advice” on the uncertainties of Brexit. My studio banter with Jacob used to begin: “President Macron asked for something suitable in return for the loan of the Bayeux Tapestry. The Queen offered him Jacob, for display in the Louvre, exemplifying the best and worst of English history.” Yet I have had to update this. Macron declined Jacob – on the grounds that the Bayeux Tapestry is considerably more recent.

David Miliband: “Only brilliant people win from the centre left” 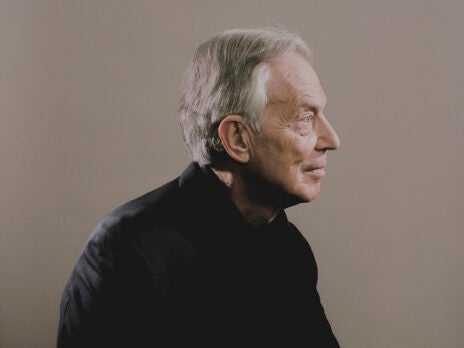 My last intervention in the Lords before the holidays was to propose that parliament does not adjourn for the holidays. Or rather, that we only take two weeks, like the rest of the country, returning about now to scrutinise Brexit and debate legislation – such as equal marriage and abortion rights for Northern Ireland – that hasn’t been able to get on to the parliamentary agenda. This did not go down a storm: I mustered nine votes. Not even my Labour frontbench colleagues supported me. “My Ryanair flights are already booked and that’s that,” muttered one.

I tried to console myself with the thought that even Burke mustered only a handful of votes after his orations against Lord North and George III on the subjugation of the American and Indian colonies. “Yes and look how that ended,” said a friend brutally.

An hour to mark and months to publish

The huge relief of no longer being schools minister is that I don’t have to spend August commenting on GCSE and A-level results, explaining why there isn’t dumbing down and that young people deserve their success. My real concern, which I could never voice, was that it takes nearly two months for the exam boards to publish the grades for scripts that require less than an hour to mark. I was told it took that long to shuffle scripts around the country by post. Now they’re all scanned electronically, yet it still takes two months.  If it were all done by mid-July, millions of families would get a better holiday, university clearing could be done before the end of the summer term, and the public good would be immeasurably enhanced. My next education reform plan.

In a world without Grayling

I’m in yet another radio studio commenting on the latest Chris Grayling shambles, and the hapless rail industry spokesman cites a Which survey “revealing” that “80 per cent of rail passengers are satisfied with their last journey”. That means one in five are dissatisfied. Imagine it was a supermarket: one in five dissatisfied with the food they bought! Health and safety would close them down.

Passengers shouldn’t have to put up with Grayling. In a half-decently-governed country, with a real opposition and a parliament not on holiday for ten weeks, the Transport Secretary would be grovelling and something would be done. But all is not gloomy. With Northern Fail unable to run the beautiful Lake District branch line from Oxenholme to Windermere, a local vintage rail company has taken it over and is doing a good job for less money. How about the Bluebell Railway taking over Southern and the Severn Valley Railway, replacing GWR? So long as I can drive the Night Riviera.

Where would you go if forced into exile by a Boris Johnson and Jacob Rees-Mogg government? Playing this party game of late, I started in the south of France, with Christmas and Easter in my native Cyprus. But Cyprus is charging £1,000 for passports, cashing in on fleeing Russians as well as English; and they might try to get my nearest and dearest to do military service if they are citizens. Much worse, there are no trains in Cyprus. So I’m now angling for an Irish bolthole. Ireland has a splendid historic train network, which I’m touring over the bank holiday weekend. All suggestions of quaint stations gratefully received, especially if there’s an old stationmaster’s house for sale!

Andrew Adonis and Will Hutton’s “Saving Britain: How We Must Change to Prosper in Europe” is out now. He tweets @Andrew_Adonis