In perhaps the most colourful of the many anti-Trump protests taking place across the UK today, hundreds of drag queens gathered in London’s Soho to march against the US president’s visit.

Talking to the protestors, there was one theme that seemed to carry through – the importance of unity. Many felt that the last decade has been one of the most important in securing LGBTQ voices and safe spaces. Making sure those voices are not silenced is essential for the progress of LGBTQ rights.

The protest was a vibrant throng of LGBTQ people both in and out of drag, many supporting other organisations as well. When one protestor, Kelley, said they chose to take part in the drag march because they couldn’t think of anything that would scare Donald Trump more than seeing hundreds of drag queens.

Menno, another protester, had a particularly bold move – dressing as Ivanka Trump, with a sign reading “I’M IVANKA & I’M #COMPLICIT”. When asked about the costume, Menno spoke about how Ivanka positions herself as a representative of women’s rights while defending her father, branding Ivanka’s place in the White House “pure nepotism”. Ultimately, they had one question, “is she a women’s champion, or a women’s traitor?” 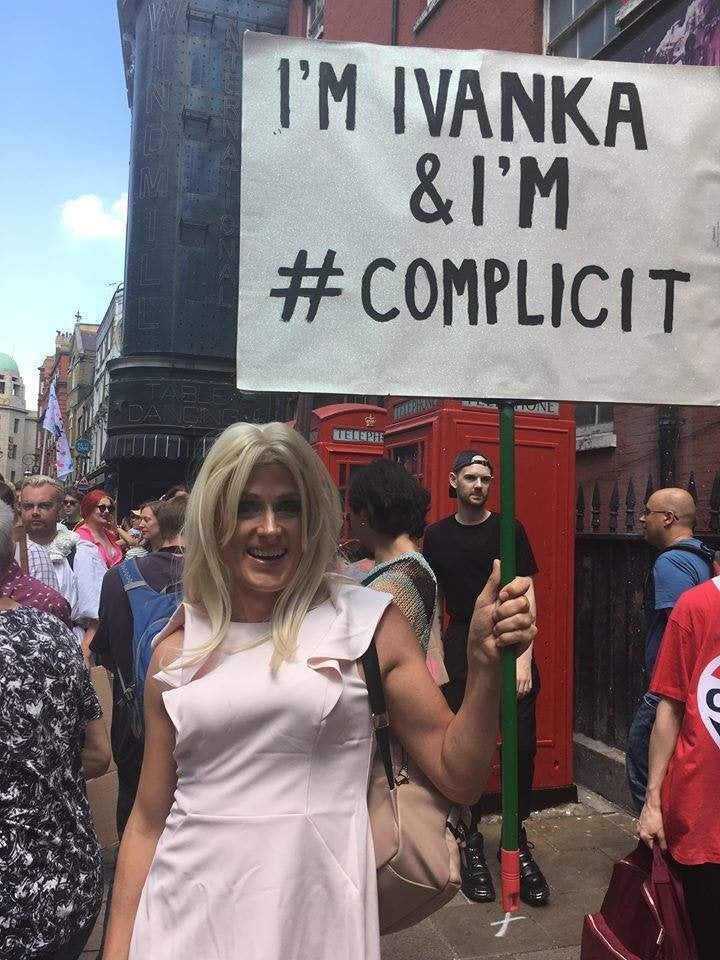 We also spoke to Ari, an activist for Voices4. Voices4 is an activist group that has specifically been involved in protesting the arrest and murder of gay men in Chechnya. When asked about why they were protesting Trump’s visit as part of the drag queen march specifically, they emphasised the dangers of Trump and his anti-LGBT attitude. Protesting was about showing “love of my family around the world”. Ari quoted Adam Eli, the founder of Voices4; “never again is now, and we need to take action”.

There was a general feeling among protestors that by allowing Trump’s visit, the UK government were complicit in his views. At one point, the protest stopped outside Downing Street as demonstrators shouted “shame on you”.

Kelley said they felt that one of the most important parts of the protest is showing that “there will be unrest”. It was vocally demonstrating that people are upset, both by Trump’s attitude towards the LGBTQ community and the UK government for not condemning him. Most importantly, it was a way for queer people to vocalise their anger and fear. They described it as a “mode of catharsis for the queer community”.

Kelley was hopeful, pointing out that being on the wrong side of social justice eventually never gets you lauded.

Drag king Adam All made the important point that Trump is “a symptom, he’s not the cause”. They expressed the heart of the problem – how those who support a homophobic, transphobic ideology can look at someone different to them and say “that person isn’t a person”. Trump’s ideology was a virus, and “we need to be the antibodies”. 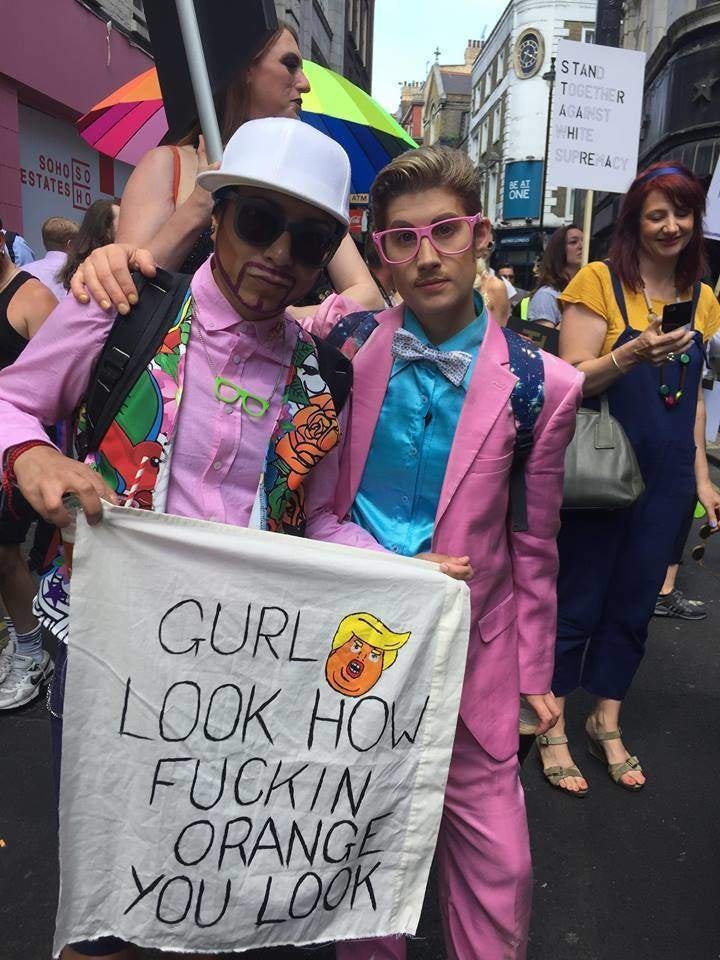 As the protest started moving, the Drag Queens Against Trump march merged with other groups. The chants included protests about racism, and the treatment of refugees.

This was the main sentiment of the march, a united voice against homophobia, sexism and racism. And, as protester Lucia put it, they hope Trump is “offended by the amount of glitter”.

Kathleen Farmilo is a freelance journalist.