Yes, as MPs vote on amendments to the EU Withdrawal Bill today, some of our tabloids have come over a bit mafioso.

“We have one simple warning to our elected representatives…” growls the Express splash on a – surprise surprise – lurid Union Jack background. “IGNORE THE WILL OF THE PEOPLE AT YOUR PERIL”. 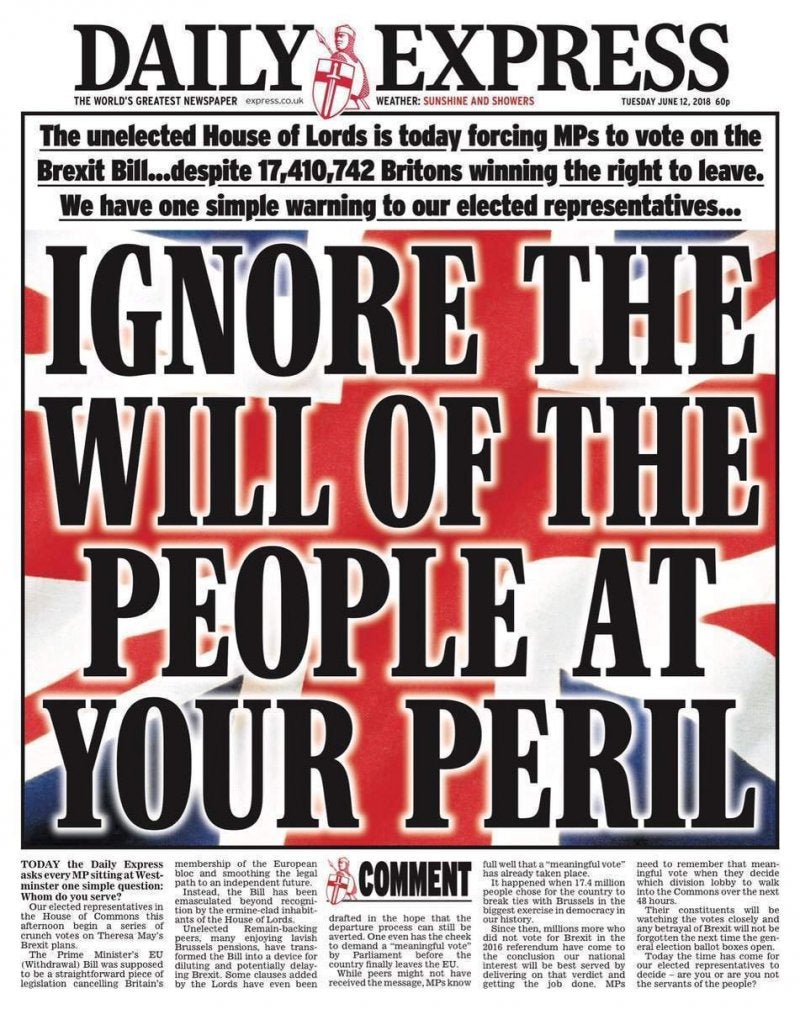 What are they going to do? Dress a reporter up as St George and waggle a little spear at Tory rebels?

The Sun, too, warns MPs to choose “GREAT BRITAIN” or else it’ll be a “GREAT BETRAYAL”. This is on a backdrop of all things GREAT about Britain – war planes, belching power stations, rollercoasters, footballs, a mythical Scottish monster, and some sheep. 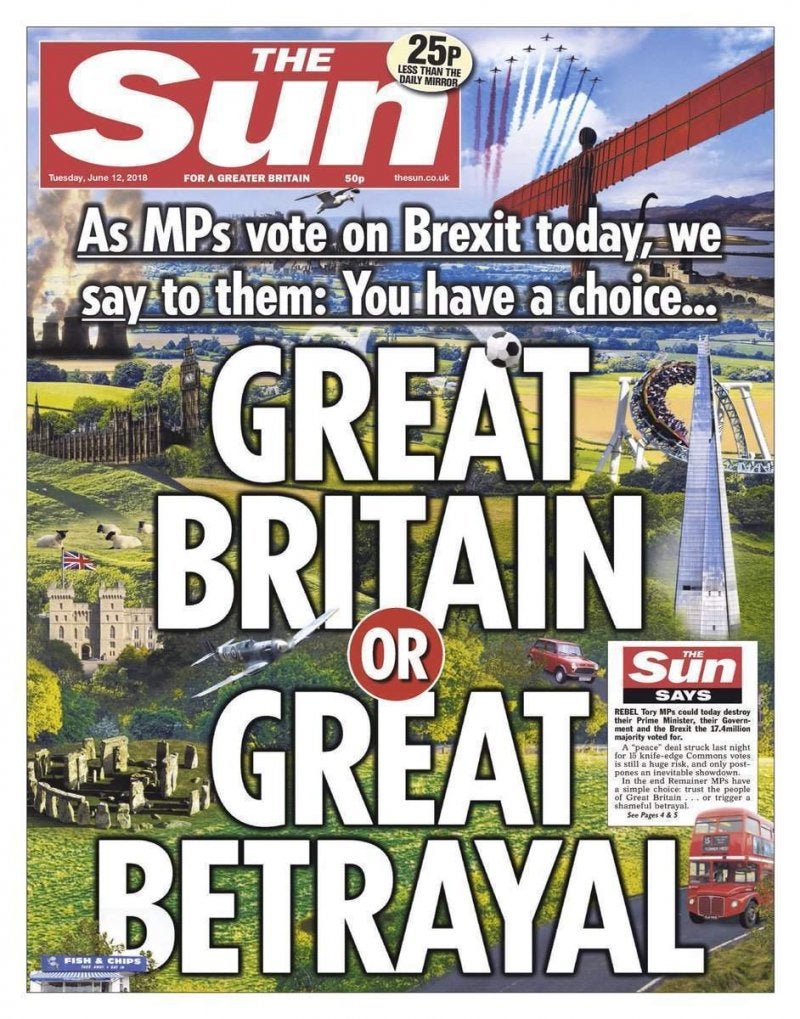 But your mole reckons it looks like quite a bit that makes up “GREAT BRITAIN” would prefer the other option – the Shard, Houses of Parliament, red bus and Loch Ness Monster all exist in regions that voted heavily for Remain, after all…