Granton is a quiet, ramshackle place. A hinterland between the Firth of Forth and Edinburgh’s city limits, its landscape of rusty warehouses and little stony beaches is punctuated by vast, unfinished new housing projects that overlook the coast.

Down at the water’s edge, the ancient island of Inchkeith is visible, lurking in the middle of the Firth. For centuries it was the designated quarantine for Scotland’s capital, playing host to thousands of paupers, plague victims and syphilis patients, abandoned there and left to their fate.

It is here, on this overgrown stretch of coastline that Social Bite – perhaps Scotland’s most prominent homelessness charity – has founded its newest project.

Social Bite started as a chain of cafés that employs homeless men and women, but last year it captured the collective imagination of the country when it organised the “Sleep in the Park”, an event that saw 8,000 people sleep outside in the Princes Street Gardens, and raised over £4m for the charity.

Bolstered by this war chest, Social Bite has descended on a disused scrap of land in Granton, and built The Village. 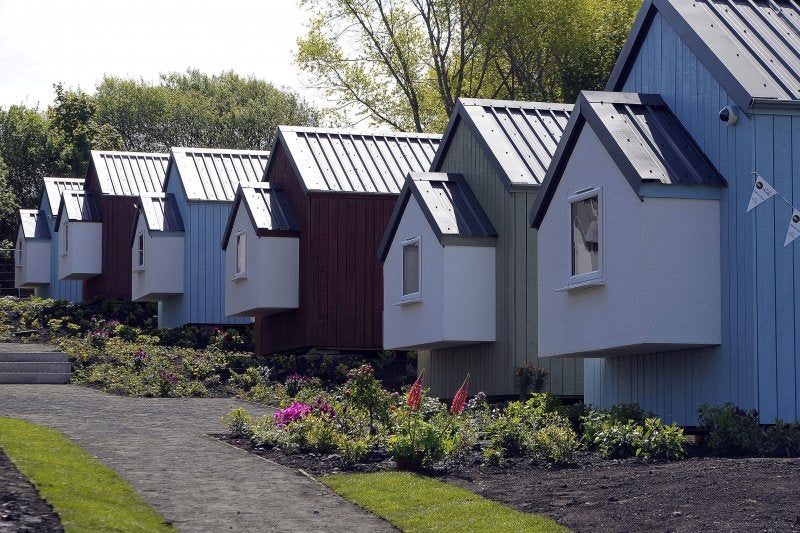 Later this month, 20 homeless people will take up year-long tenancies in the ten houses on the site – the first step, the charity insists, to abolishing the cycle of insecure living that hundreds of thousands of people in the UK are struggling to escape.

But some critics in the charity sector I spoke to warned that the same end that befell those on Inchkeith awaits the future inhabitants of The Village. Smuggled from the bustling, well-to-do centre of Edinburgh and cloistered away in the weeds and reeds of Granton, they are out of sight, out of mind.

But there is no grim sense of resignation inside The Village. Instead, there is a tangible sense of hope – a determination to imbue humanity and dignity into an otherwise heartless misfortune.

The homes themselves, designed and built especially for the project by NestHouse, are state-of-the-art modular constructions – small, but insulated to the hilt and refulgent with sunlight from wide, double-glazed windows.

They are handsomely appointed too, with fitted kitchens, tiled bathrooms, and comfortable living areas that bring the finished cost of each home to around £50,000. 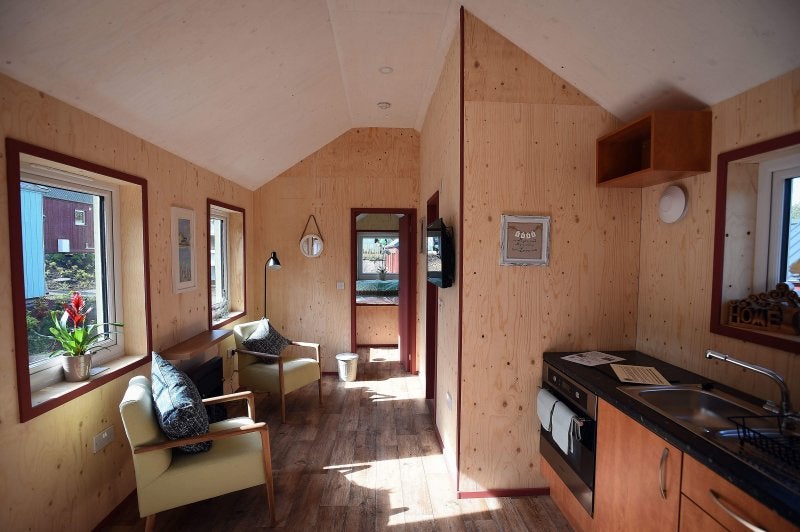 Social Bite have spared no expense in The Village, constructing a large social hub where residents can mingle, and allocating money for round-the-clock support from Cyrenians, a charity focused on providing skills and counselling to homeless people.

It will not be quarantine. It will be a community. Tenants will settle into a regular work routine, finding employment either with Social Bite itself, or with one of its many partnered businesses.

The aim is that this long-term, comprehensive approach to tackling homelessness will bear fruit after twelve or eighteen months. By that time, tenants will have accrued savings, secured employment, and regained the confidence to look beyond The Village towards permanent accommodation elsewhere.

Granton’s existing local community, too, seems relaxed about the newcomers. Most residents I speak to are blithely unaware of the project or its purpose, and those that have followed its progress are overwhelmingly positive – happy that an ugly strip of land might finally fulfill a constructive social function. 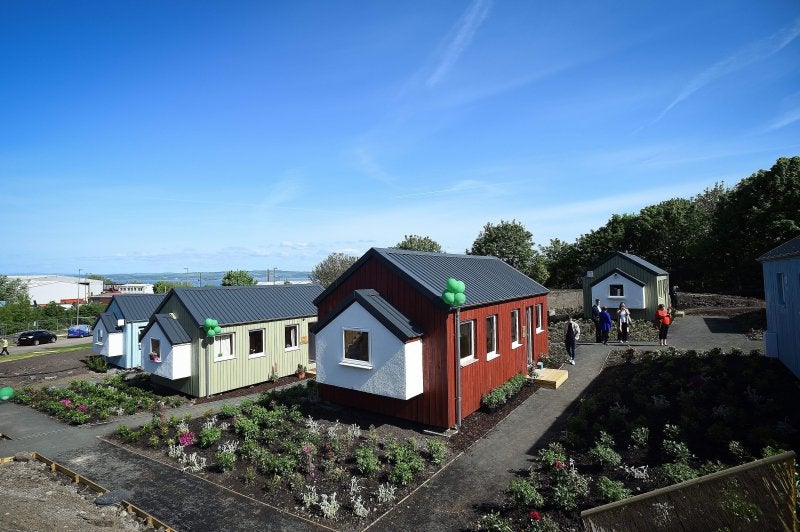 The great and good of Scottish national politics have toured The Village in recent weeks, ebullient with praise for the vision and initiative of Josh Littlejohn, Social Bite’s co-founder. Yet for many in positions of power this involves walking the rhetorical tightrope between admitting the necessity of the project, and ignoring the reason for its necessity in the very first place.

Both national and local governments in the UK rely on the same expensive methods and institutions as authorities the world over, which not only have the benefit of being draconian, but also utterly ineffective to boot. Rough sleeping in the UK, National Audit Office figures show, has more than doubled since 2010, and homelessness now costs the taxpayer over £1bn a year.

The truth is that governments, fresh out of good ideas, are cleaving to bad ones.“Hostels” (a pleasingly transparent euphemism), are one such bad idea. Purpose-built to leech money from homelessness, their landlords extract tens of millions of pounds every year from both the homeless and the government in return for accommodation that is charged on an exorbitant and nightly basis.

Conditions inside the hostels are often nightmarish. Former employees attest to widespread drug addiction inside, and the serious mental health issues that go unaddressed. The under-resourced staff struggle to cope with the demand for space, and residents find themselves trapped in a daily scramble to pay for a safe bed.

If ever the spirit of Inchkeith lived on, it is not in faraway Granton, but in these grey, unassuming hostels, at the very heart of cities across the country, where the vulnerable are simultaneously exploited and ignored.

We desperately need a vigorous, radical, and replicable alternative. It will take time to prove, but Social Bite may just have found it, in Granton.