My dad spent Christmas in the Canary Islands with his sister, Jennifer, and her family. They bickered, as they enjoyed doing, about whose hotel room had the better view, so my father leaned over his balcony to take a photo, and promptly dropped his phone on to the concrete four storeys below.

Dad had once been quite keen on technology, and had spent the early Eighties learning BASIC on a ZX Spectrum that wouldn’t load. But at some point he’d decided he was too old to learn new things. I was with him one afternoon when the alarm on his phone went off. He silenced it, but three minutes later it happened again. When I asked what the alarm signified, he just shrugged, “It’s been doing that for weeks.” Somehow he’d set his phone to beep twice each Tuesday afternoon, and had simply accepted it as an immutable fact of the universe.

Anyway. In January, when he told me he’d lost all his contacts when his phone smashed, I had some helpful advice. “You know with a Google account this stuff transfers automatically?” I wrote. “Thanks. Bit late for that, but thanks,” he replied. It was the last message he ever sent me.

In the most literal sense, my father and I were not close. My parents split up in the mid-1990s, and soon afterwards he’d moved from Essex to Birmingham to be with his new partner, Gill.

I didn’t call him enough, considering I was his only child, and I spent so much time feeling guilty about it that it would have been less hassle just to pick up the phone. When asked why I didn’t, I’d defensively snap, “Well, he never bloody calls me.” I suspect he’d have said much the same.

But we sometimes struggled for things to say to one another. The standard conversational ice-breaker among men is sport, but that’s of no use whatsoever if the particular man you want to break the ice with is me. In an attempt to reach out, Dad would text me about TV shows he was watching and knew that I liked. For my benefit, he spent much of the mid-2000s effectively liveblogging Doctor Who.

I was, I realise now, hunting for topics in much the same way. A dozen times a day since his death, I find myself mentally logging something about the news, or music, or some engineering project somewhere, because I think it’s the sort of thing he’d find interesting. And a dozen times a day, I remember with a thud there’s no point. Never having noticed I was doing this before, I find I don’t know how to stop. 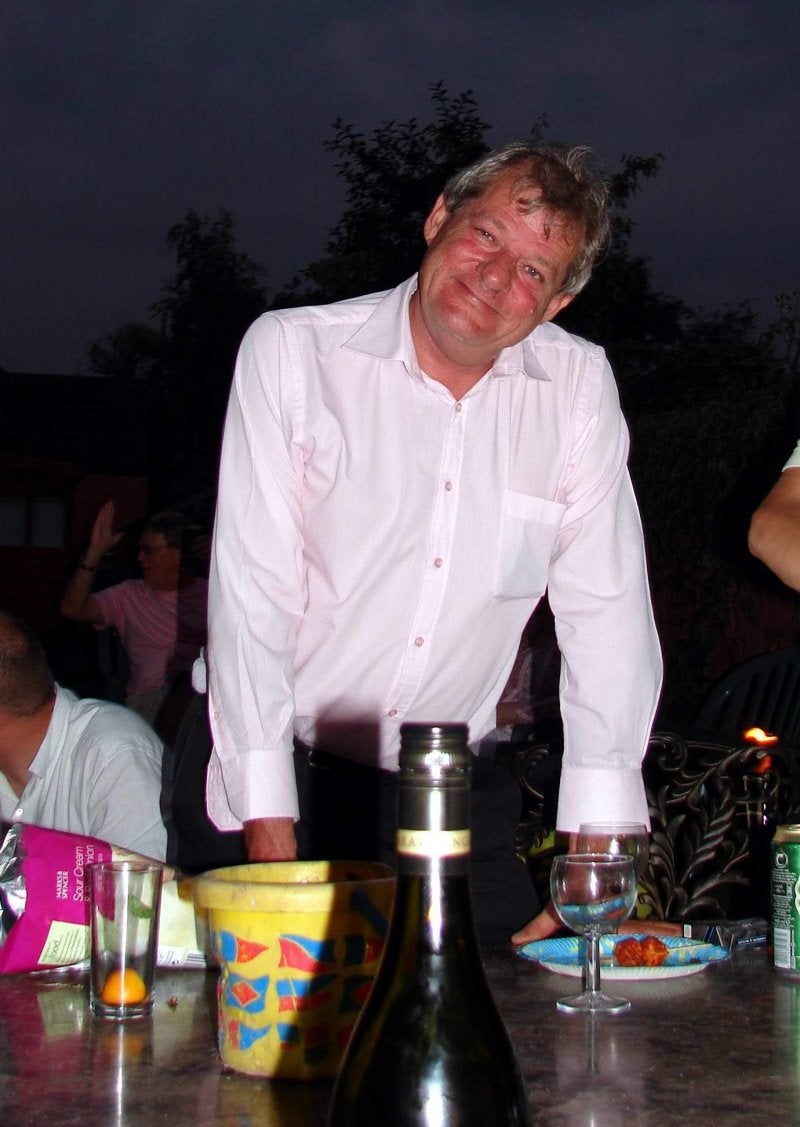 There was one reliable source of conversation. On almost every topic in politics – austerity, education, the premiership of Margaret Thatcher – our positions were diametrically opposed. But my adolescent anger about this dissipated long before I turned 30, and the never-ending flow of news gave us an inexhaustible supply of things to enjoy arguing about.

This came in useful in 2013, when Gill was diagnosed with terminal cancer, and Dad spent an exhausting year dedicated to making her last months as joyous and comfortable as he could. I’d never admired him more than I did in those months, and I found that, perversely, this worst period in his life was the best in our relationship.

Every few weeks, I’d visit Gill, then take Dad out for a long and boozy pub lunch, where I could distract him by picking a fight about Gordon Brown’s pensions policies for the hundredth time. It wasn’t much, under the circumstances. But for once, we both knew what to do.

I kept it up for a while after Gill died, and we even took a holiday together for the first time since my childhood. By the third night, though, we were quietly agreeing to give up on after-dinner conversation and return to our separate rooms.

Then, in June 2016, our relationship hit an iceberg. Much has been written about the damage that the EU referendum has done to our political culture; little attention has been paid to the way it destroyed my ability to talk to my father. We’d been on opposite sides of the argument before – we almost always were – but on Brexit, we were just too far apart.

Bob Elledge died of a haemorrhage, some time in the second week of January. He was not quite 64.

He and I often didn’t get on. We definitely didn’t agree, on any matter of great importance. But – he was my dad. Not just biologically, but in that other sense, too, the one of being there to pick me up when I fell. For all the turbulence of our relationship, he helped me move to university and showed up to watch me graduate. He spoke for so long at my wedding that I had to ask him to wind it up, and he used the immortal phrase, “OK. So, fast forward to 1994”. He shared everything I ever wrote on Facebook, which must have driven everybody crazy, and in a spare room in his house I found a 2006 copy of the New Statesman, which I realised, on closer inspection, was the first ever to include my byline. He’d moved house with it.

And half a dozen times in my life, when I was in trouble, I’d called and he was there for me. Like I knew he would be.

My father and I weren’t close. We often didn’t know what to say. But in all the senses that really mattered, he was my dad. I sort of wish that, on one of those days when I was struggling for something to talk about, I’d told him that.

This article appears in the 21 Mar 2018 issue of the New Statesman, Easter special