The first time Johnny Mercer ever voted was in the general election that he won. Twelve years in the Army meant his only involvement in politics prior to 2015, when he was elected in Plymouth, was making a salty joke to Tony Blair who attended his passing-out parade at Sandhurst in 2003.

When he reached Mercer’s place in the line, the former prime minister asked why he joined the Army.

“For the boys,” replied Mercer, to giggles from his company. “I didn’t mean it like that, sir.”

But the real appeal of military life for Mercer was no joke. Only when he began a gruelling commando training course at 20 did he begin to overcome his childhood demons.

Growing up in an intensely religious Baptist household in Dartford, Kent, as the sixth of eight siblings, Mercer not only had an abnormal upbringing – no pop music, television or even jeans – but an unhappy one.

He has recently released a book about his childhood and Army life, We Were Warriors, which hints at his father’s cruelty. In one passage, he recalls his two older brothers “saved me” from an unspecified punishment (he keeps the nature of his parents’ behaviour deliberately vague throughout the book and our interview), after the six-year-old Mercer dared to feel presents through their wrapping under the Christmas tree. “Although the discipline did not disappear altogether, there was certainly less of it” after that incident, he writes.

The 36-year-old Mercer pauses for a long time when I ask about this memory today. “If you grow up in a family like mine, it can have a profound effect for 50 or 60 years… The childhood part of it has been quite a difficult thing to write. I didn’t want to do it,” he says. “[But] for my brothers and sisters, it’s brought some degree of peace and we can move on. That’s all any of us wanted to do – was move on.”

Stella Creasy: “Government’s job is to crowdsource, not crowd-control”

On the road to efficiency

We meet at a soulless hotel near Westminster where he lives during the week – “I hate it; it’s like a morgue” – having ditched the small boat docked in east London he famously inhabited for his first, very cold and damp, year as an MP, in an attempt to cut costs. “It was making me ill,” he grimaces. But he can’t bring himself to have a permanent residence in a city he doesn’t call home.

Muzak drones in the background, and Mercer shifts uncomfortably on his black leather perch by a window in the hotel bar. Though smartly dressed in a dark suit and open-necked white shirt, with his short brown hair gelled into place, there is something boyish about him. He orders his double espresso with whipped cream on top, and looks rather wistfully outside.

Home is north of Plymouth, in a 300-year-old miner’s cottage on the edge of Bodmin Moor in Cornwall, with his wife and two young daughters (aged four and nine), and he has a wheelie suitcase with him this sunny Friday morning, ready to make his escape down south.

Mercer is only very loosely in touch with his own parents now, though he did send them the book before publishing, and his father came to see him a couple of months ago. “It wasn’t a pleasant visit,” he says, refusing to elaborate. “I love my parents very much. They have not taken the opportunities that, in my view, the book gave them, and that’s a source of profound disappointment.”

“I was enduring a sort of mental, religion-based torment”

Mercer looks down at his hands. They are rough and wrinkled, the hands “of an octogenarian”, he says, because of the way he would compulsively wash them in his youth. Repression and guilt from a childhood smothered by religion sparked such OCD symptoms: obsessively flicking light switches on and off, and sometimes going through entire 500ml soap dispensers in one go when repetitively washing his hands. He could hardly sleep.

A talented singer as a young boy, Mercer won a music scholarship to board at Eastbourne College. His elder siblings, “so deeply scarred by their upbringing”, resented his escape to private school, he writes. He captained the sports teams and made good friends despite the “posh kids”. But the nights were hard. “Behind closed doors I was enduring a sort of mental, religion-based torment,” he writes of that time.

After leaving school, he landed a place in Rowallan Company (the officer training course for those “a bit rough around the edges”). It is the most brutal army training course – based on the original selection process for commandos.

Mercer endured being strapped to a log for “survival” courses on icy lakes, being screamed awake at 3am for random exercises, wet and dry drills (keeping one set of dry clothes to wear in your sleeping bag at night for a couple of hours, and then putting wet, icy clothes on again before dawn for another route march), and punishments on the “pain machine”.

The sheer physical endurance helped clear his mind. Hallucinations were common in the endless wind and rain of two-day marches across Dartmoor, but he writes that he kept going by imagining the distance he was putting between the “disturbed, vulnerable adolescent” he was and the present. 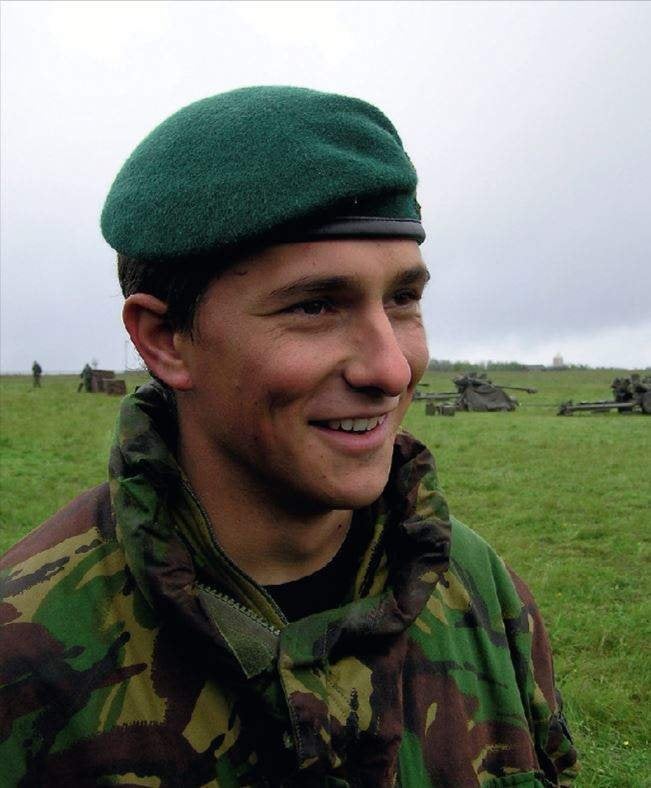 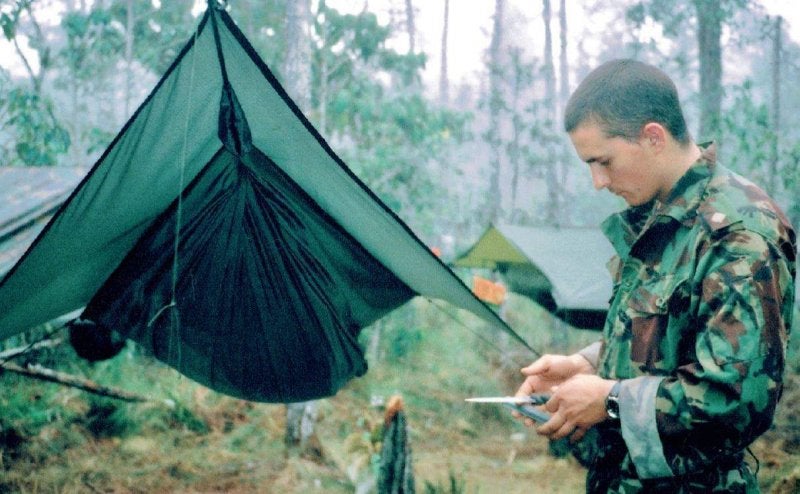 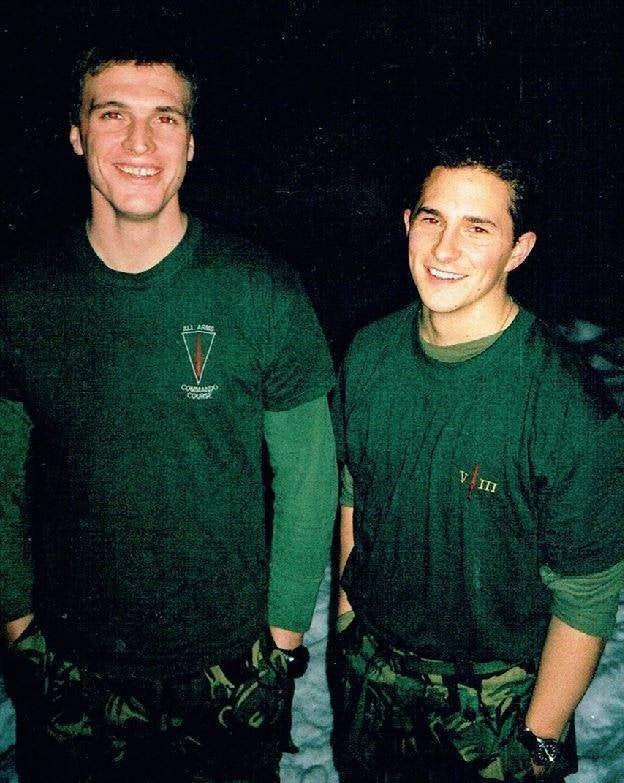 The government and military charities weren’t doing enough to help veterans with post-traumatic stress disorder and other mental health conditions, in his view, and he went into politics to fight for better help.

“I had amazing friends in the Army, and I still do,” he says. “But there’s a generation of us young officers, particularly my circle of friends, who, I’m afraid – Afghanistan just ripped us apart.”

Mercer and his close colleagues would do everything together, from going on holiday to going into battle, but after coming home, their inability to deal with the emotional fall-out broke them up. Mercer was shaken up after witnessing a friend drop dead after being shot in the face in combat. No one taught Mercer how to recognise the long-term symptoms of post-traumatic stress disorder in people around him.

“It’s a profound regret that I didn’t do more to help,” he admits. “Particularly two of my extremely close friends who were basically my brothers… Mental health support for individuals who went through certain experiences was almost non-existent. And I resent that. I bitterly resent that. It’s changed their lives, and it’s changed my life. And it could have been avoided if we had taken looking after people seriously.”

“Veteran charities should not be a jobs club for retired generals”

Leaning forward in his seat, he is particularly scathing about how military charities are run, urging the government to set higher standards. “It’s been such an unregulated thing for so long,” he says. “Charities are not set up as a jobs club for retired generals or to maintain a workforce… With all the money that has gone into veterans’ charities, of which I’m convinced a lot has been wasted, we should have a world-class veterans’ care system in this country.”

Government funding from Libor fines goes towards veterans’ charities, and Mercer accuses some of winning these funds “through a very thin veneer of evidence and professionalism… We are sending very vulnerable people to charities that sometimes have absolutely no evidence-based data to work on. Some of which are almost totally unregulated, and, in my view, the veteran is the one who is losing out.”

After leaving the Army, Mercer looked towards political office. His family was so short of cash, they had to sell their car. He used his battered old motorbike to campaign during the general election campaign of 2015, while his wife cycled their daughter to and from school for six miles each way in a baby trailer. It was during this time that Mercer, now famously, appeared half naked, lathering up in the shower, for a Dove shower gel advert.

In his book, he reveals how Tory HQ summoned him to London and instructed him not to bother canvassing in his seat – it was seen as a no-hoper. Mercer refused and the party stopped answering his calls. “You ain’t gonna win, mate,” the Conservatives’ campaign guru Lynton Crosby told him in a further meeting, he writes. 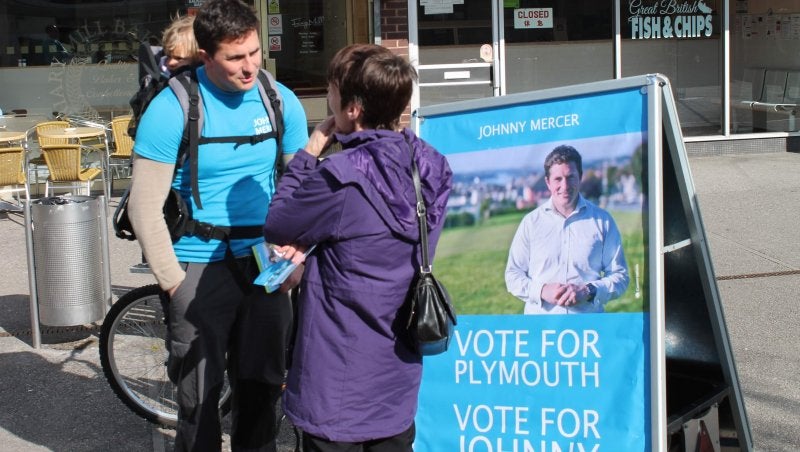 But his fundraising did the trick, and an unexpected Tory victory in Plymouth Moor View – the former socialist Labour leader Michael Foot’s old territory – saw Mercer venture into the House of Commons three years ago to make his case for veterans’ care. He has been outspoken about government failings ever since.

His first year in the Commons, he entreated the then Chancellor George Osborne to do “something – anything – that might mitigate the harshest effects” of his proposed cuts to tax credits. He was credited as one of the Tory MPs who forced a u-turn. He also criticised changes to the PIP disability benefit, warning, “we must look after our most vulnerable at every turn”.

“In civilian life, nobody wants to admit to anything. It’s a silent weakness”

While defending the welfare budget, he insists work is the best solution to social problems, decrying a “culture of victimhood” in society. “People are resistant to take responsibility for their own decisions… around their health, around work at times” and other “life choices”, he tells me.

“In civilian life, nobody wants to admit to anything. It’s like a silent weakness that I do not understand,” he adds. “They don’t want to admit that perhaps if they ate a little bit differently they would be more healthy, and perhaps if they worked slightly different jobs… if they humbled themselves a little bit and just got on with it – I think, the single biggest factor in improving life chances, improving homelessness, all these things, I’m afraid – it’s having a job. It’s the fastest route out of poverty.”

An intensely Tory stance, yet in early June 2016, he told me he feared his party drifting to the right, saying, “I don’t recognise anything other than compassionate Conservatism.”

And he hasn’t saved warmer words for Theresa May’s regime. Hinting at his discontent with her leadership, he has called for “more vision” and “something to vote for” from the Prime Minister – warning in January that “the window is closing” on her leadership.

Today, he’s equally scathing. “I think this government is in danger of being too reticent to meet the challenges of the day,” he says, citing education, health, social justice and defence policy. “If we don’t perform and we don’t meet those challenges, then this country will fundamentally change and Jeremy Corbyn will become prime minister.”

So what can May do differently? “There is no golden bullet,” shrugs Mercer. “It’s a brand. It’s a culture. We need to change at the moment from being nervous about the agenda to being excited about it… We must seize the initiative, otherwise I think we will get a reality check at the ballot box.”

“We Were Warriors: A Powerful and Moving Story Of Courage Under Fire”​ by Capt. Johnny Mercer is published by Pan Books, priced £8.99 in paperback, available from 8 February.