On Wednesday, the New Statesman hosted an evening of debate and discussion to ask if the political turmoil of recent years – the collapse of the political centre, the frailty of the liberal consensus, the rise of challenger parties, Trump’s victory, Brexit and the Corbyn surge – mark a permanent historical shift, and the beginning of a new epoch in politics and economics.

Evan Davis, BBC broadcaster and author of Post-Truth, Martin Jacques, former editor of Marxism Today, Ros Wynne-Jones, author and journalist at the Mirror, and John Bew, Professor of History and Foreign Policy at King’s College, were chaired by Jason Cowley in analysing how the mould of post-war electoral politics was broken.

“We have been through the most extraordinary period in the global economy” said Davis, “in which the world has basically swallowed a country the size of China and started treating it as part of the global economy…. Poor people in China have done stupendously well, rich people in the West have done stupendously well… but the people who have suffered are the industrial workers in the West.” Following the global financial crisis that began in 2008, he argued, “you add the sense that the rich are on the take. You add an expenses scandal which gives the sense that politicians are on the take, and then you think ‘hmm… is it surprising that there’s a big constituency calling for system change?’” 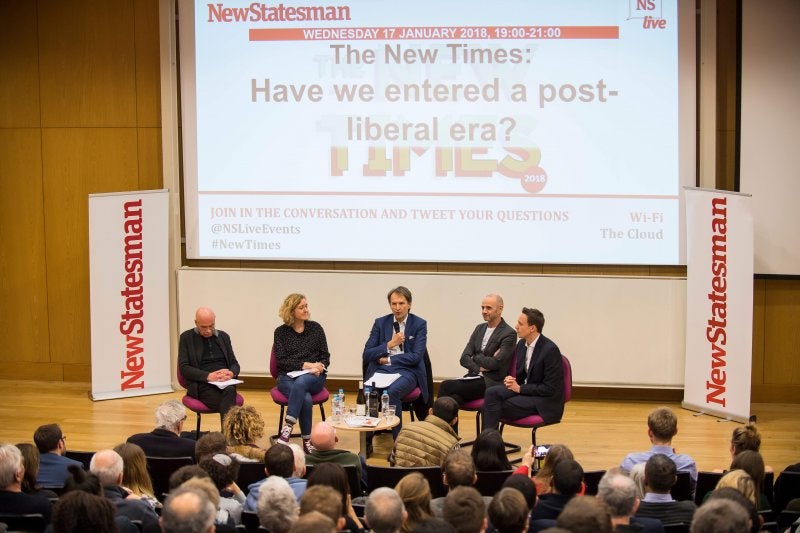 Ros Wynne-Jones agreed that “the breakdown of the liberal consensus didn’t start on 23rd June 2016, or when Jo Cox was murdered, or when Donald Trump was elected. By 2016 the centre had already been hollowed out by austerity and neoliberalism. People aren’t spending time in the Walsalls and the Thurrocks and the Blackpools of the country and if they did, they’d see what life was like there. The numbers of boarded up shops. The two or three food banks that are now a normal part of life. What I find incredible is that we totally failed to understand those communities in the referendum and now we’re blaming them for causing Brexit…. [Remainers] basically said ‘fuck you’ to those bits of the country, and those bits of the country said ‘fuck you’ back.”

The 2007/8 financial crisis was identified as a pivotal moment, revealing the bankruptcy of an economic model that had been dominant since 1979. Neoliberalism, said Martin Jacques, “disintegrated with the Western financial crisis”. The left, however, failed to offer an alternative “because the left had bought into it more or less in the same kind of way as the right.” For Jacques there is unequivocally “an extraordinary shift taking place. It’s of a scale, of a dimension, of an implication far greater than when we discussed the ‘New Times’ in Marxism Today in October 1988… There will be no return to the situation we were in before the financial crisis. This is a permanent shift.” 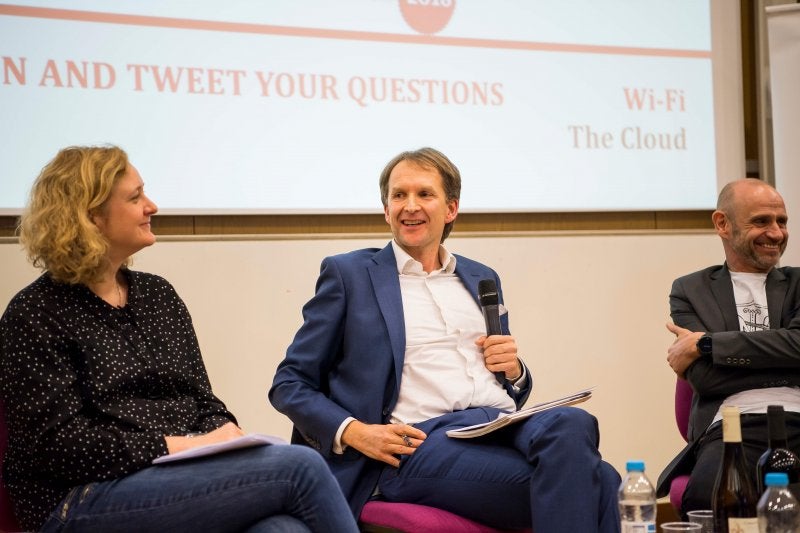 The panel also discussed how these changes are playing out at an international level. John Bew pointed out that “the post-Cold War spread of liberal democracy” was “in recession”, and that China’s authoritarian, state-managed capitalism is, at present, a more dynamic economic force than the economies of the West. Trump’s victory was discussed in the context of the end of the American century, with his victory representing an acknowledgement of the US’s diminishing economic power and political sway: “There is something unique in the pollution of high office in the United States” Bew stated. “The big question is whether this is a sign of decadence and decline, or a blip. An embarrassing, ugly blip.”

Evan Davis summed up that “we’re at the very early stages of the new thinking and I think we should see our politics as going through a period of, to use a Chinese phrase, letting a hundred flowers bloom. Across Europe, maybe it’s Podemos, maybe it’s going to be something completely different, maybe one of the populist parties are going to come up with some really deliverable and useful ideas. But we’re going to be in a period where we need to let politics discover what works and what changes the system in a way that meets the aspirations of the population, particularly those that have been very angry.”