By the time I got to Stoke-on-Trent, it was obvious. I watched as a team of Labour canvassers knocked on 20 doors in the suburb of Kidsgrove and made the case for remaining in Europe. In response, they received only one positive answer. One or two people clocked their red fleeces and pro-EU leaflets and instantly turned apoplectic, but for the most part they were met with sighing indifference. And three weeks later, there came entirely expected news: that 70 per cent of voters in Stoke had defied the party that still dominates politics in that corner of England, and backed Brexit.

For six years now, I have been travelling around the UK, frequently visiting similar places once associated with the staunchest of support for Labour and its causes. In that context, what lay beneath much of the vote for Leave was hardly a revelation. Anger and anxiety were constant themes. So, too, was a sense of inequality – not just of income and wealth, but of power and influence – and its effect on the vote. “If you’ve got money, you vote In,” one woman in north Manchester told me. “If you haven’t, you vote Out.”

In so many of these places, the basic Labour plotline is much the same: supposed political dominance, rising disaffection, and then some kind of rupture. In Scotland, it was the wipeout that happened in 2015, Labour’s punishment for its role in the independence referendum. That same year, seats across the north of England – and south Wales – experienced a sudden jump in support for Ukip. Then came the EU vote, and decisive proof of sources of discontent to which the left has too few answers: around immigration, certainly, but also a profound estrangement from Britain’s dominant institutions, including Labour itself.

The party has held on to its support in England’s big cities, which may now be its true heartland, and where most people are loyal to Labour’s social liberalism and forever hostile to a Conservative Party that cannot shake off its reputation as a party of the fusty shires. But as Labour has become estranged from its old industrial home turf, it has also lost huge ground in the marginal seats of southern England and the Midlands, and its national level of support has tumbled. This dates back further than some people might think: in 2005 Tony Blair’s government was re-elected on the support of only 35.2 per cent of voters, and a mere 22 per cent of the total electorate. Ed Miliband and Gordon Brown managed vote shares of 29 per cent and 30 per cent, respectively.

Now, support for Labour has dropped another couple of percentage points towards the dreaded mid-20s. Those mass rallies by which Jeremy Corbyn sets such store could be the first stirrings of a social movement, some of which may play a part in an eventual left renaissance. But for now, they say nothing about Labour and the left’s basic predicament. (In its own way, in fact, the idea that they augur well for Corbyn’s electoral prospects is reminiscent of what I call the John Peel mistake. Circa 1969, the DJ wondered why one of his favourite albums was not in the charts: “Everyone I know’s got a copy,” he said. Back came the reply: “No – you know everyone who’s got a copy.”)

Labour’s fate is not fundamentally down to this or that leader, and never has been. As with most of the social-democratic parties of Europe, the party is still a creature of the 20th century, whose old sources of strength have shrivelled. Trade union membership is at an all-time low; heavy industry barely exists; conventional class consciousness has been superseded by the collective resentments that defined the referendum campaign. New Labour might have tried to update the party’s identity and electoral foundations, but it did so at the expense of any clear sense of its mission and values; now, the counter-reformation is presented in comfy monochrome. Both Corbyn and Owen Smith sound far too nostalgic: their shared language of full employment, seemingly unlimited spending and big-state interventions gives them away.

The starkest fact is that Labour’s old dream of single-handedly transforming society with the backing of a majority is probably over. There may be an outside chance that if somehow it got its act together, gaming our crooked electoral system would just about get it over the line again. But let’s face it: the Good Society cannot be built on the shaky support of less than a quarter of the electorate. Reflecting an unstable, ever-fragmenting economy and culture, we now have a politics to match – and Labour and the left ought to wake up and embrace the twin causes of proportional representation and plural politics.

To do so might be eventually to trigger the split between the party’s left and right, so often discussed this summer. So be it: a party that contains both Peter Mandelson and John McDonnell is a self-evident nonsense, and supporting proportional representation would also call time on the Tories’ equally absurd majoritarian delusions.

Looking ahead, then, the Labour Party as we know it may very well soon not exist, but the challenges any credible left will face will be clear. Certainly, it will need more working-class voices; more people, too, who understand the attitudes and values of not only cities, but towns and villages. Most of all, it will somehow have to take back ideas of nationhood and belonging that have been so brazenly monopolised by the new populist right in response to people’s disaffection with globalisation. Here, the salient issue is England – which is the country of the Ukip-voting Fens and the north’s lost industrial backwaters, but also that of thriving cosmopolitan cities.

Can the left tell a national story that speaks to both constituencies more convincingly than either the lofty promises of big-state socialism or the sink-or-swim message that defined New Labour’s embrace of globalisation? Can it retain its new metropolitan base and also calm the fears and furies of its core supporters?

Those are huge challenges, but even bigger ones will not be far behind. The left – including the trade unions – will sooner or later have to adjust to the decline of old-style work and the welfare state’s deepening crisis of legitimacy, start to make the case for a society that honours much more than paid employment, and support a universal basic income. It will have to reinvent its conception of the state. Politicians have to play the electoral game, and affect to be able to turn everything around inside four or five years. But any serious thinkers on the left should acknowledge that, because its foundations have crumbled and the reinvention it faces is so fundamental, the left’s revival will take much, much longer: possibly as long as the half-century that separated Labour’s foundation from its shining zenith in 1945.

This article is part of a New Times collection of the future of the left. Read the other pieces here.

This article appears in the 15 Feb 2017 issue of the New Statesman, The New Times 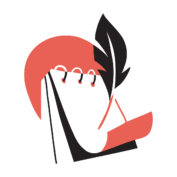