It’s 8.20am. It’s raining. And I’m standing opposite the House of Lords, with a dozen Liberal Democrat activists. Two of them are wearing yellow ties and an older chap – donning a fedora – has opted for a yellow waistcoat. Unfortunately, they are all holding orange signs. Much like the “alternative” Lib Dem budget, today’s poster unveiling was a damp squib. Political bloggers, Guido Fawkes –  whose chicken enthusiastically stomped around College Green at the Greens’ poster launch –  didn’t even bother turning up.

“One, two, three, give us a cheer!” shouted one supporter, holding up the Lib Dem diamond plaque, as Danny Alexander walked towards them.

“Wheyyyy” around four or five of the dozen supporters cheered, half-heartedly.

“That’s the spirit!” shouted back the one enthusiastic Lib Dem on planet earth. 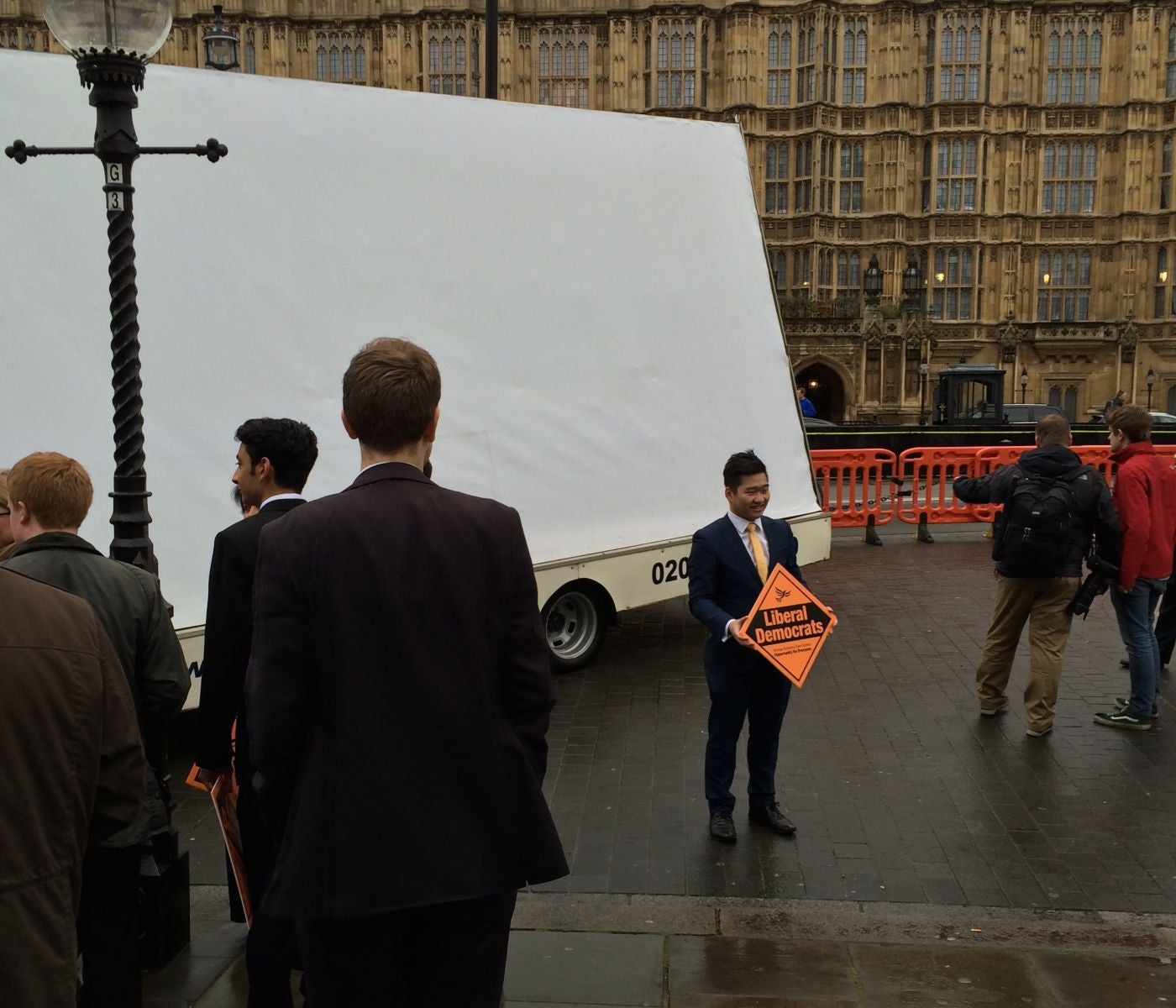 Everyone look at the young Lib Dem  Photo: Ashley Cowburn

But wait: Danny Alexander has arrived. THE POSTER IS UNVEILED. On the left-hand side of the poster is Ed Balls, trying to pout. On the right-hand side is George Osborne, with an invisible hook in his mouth. Written on the poster: “Look left, look right, then cross Liberal Democrats”.

“The truth is,” Alexander declares, pointing his hands left and right in an attempt to confuse everyone.“The economic recovery that we’re enjoying, would not be happening without the Liberal Democrats…when you look to the next Parliament the biggest risk to that government – the biggest risk to that success – are owned by Labour and the Conservative party.

“We have an opportunity for light at the end of the tunnel. But the Tories want to switch the lights off. The Labour party on the other hand have no plan… they’ll take us back to the mess that they created.”

“AYY!” interjects the old chap with the fedora.