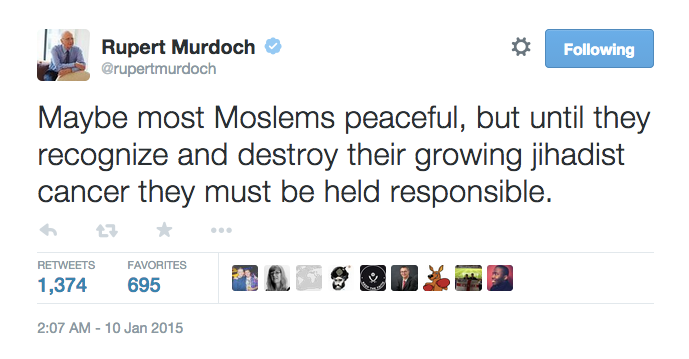 Rupert Murdoch has given his thoughts on the Charlie Hebdo massacre in Paris, and the subsequent hostage-taking in a Jewish supermarket.

With the tact and sensitivity for which he is famed, the 83-year-old concedes that “maybe most Moslems peaceful, but . . .” – you knew there would be a but – “until they recognise and destroy their growing jihadist cancer they must be held reponsible.”

He added that there was a “big jihadist cancer looming” which would not be fought by “political correctness”: 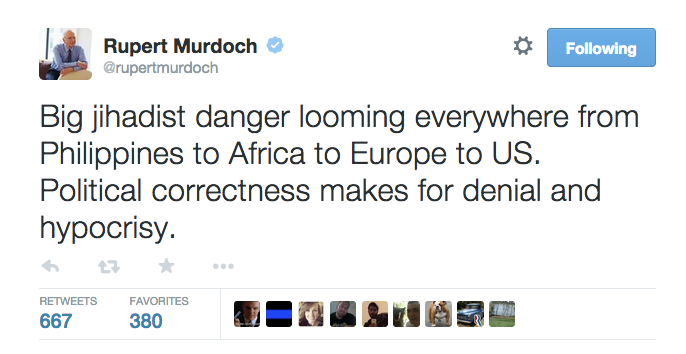 Unfortunately, Murdoch did not clarify how exactly the 1.399999 billion Muslims who are not murderous thugs should recognise and destroy the “jihadist cancer” in their midst. Neither was there room in his tweets to mention that the policeman whose death at the hands of the two gunmen in Paris featured on so many newspaper front pages on Friday . . . was a Muslim. Ahmed Merabet died defending Charlie Hebdo‘s right to lampoon his religion.