In a week dominated by the terrifying news from France of a massacre at satirical mag Charlie Hebdo, it would have perhaps been wise of the programme to choose at least one Muslim or French commentator to give their views on the debates regarding free speech defining the aftermath of this terrorist attack.

Instead, the programme presented an entirely white panel, with no experts on France, or terrorism, or anything that could be useful in the week of a major terrorist incident: 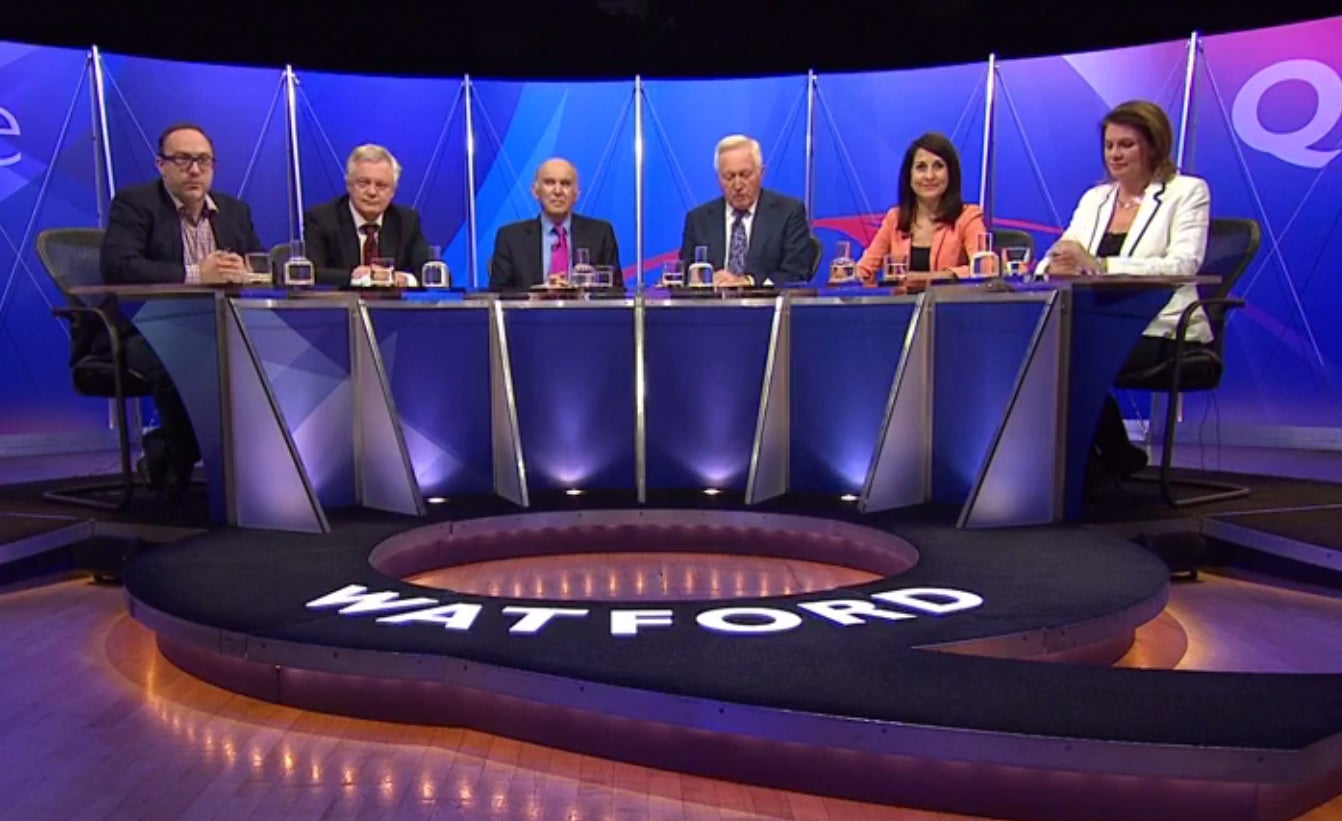 
Flick over to BBC Two’s much-maligned Newsnight – which receives far fewer viewers – however, and you will have seen how it should be done:

A well-executed and urgent discussion about the limits of free speech, and the nature of offending Islam, with the Times writer David Aaronovitch, who has written extensively on this topic, Nesrine Malik, a Sudanese-born writer and commentator on such subjects as race, culture and extremism, and Myriam Francois-Cerrah, who writes for the New Statesman about France and Islam.

Yet another reason to question Question Time?