Jamal Edwards is the 24-year-old media entrepreneur and self-made multimillionaire who grew up on an Acton council estate. After a few years of amateur film-making, having received a video camera for Christmas when he was 15, he founded the broadcasting company SBTV, which makes music videos and puts them on YouTube. The videos attract a huge number of hits, which make it a highly lucrative business model, gaining its fortune from advertising revenues.

Already a high-profile figure in the entertainment industry, Edwards is fast becoming well-known for his involvement in politics. He backs the campaign Bite the Ballot, which has been raising awareness of its mission to get more young people on the electoral register before the general election next year via the recent YouTube “Leaders Live” debates.

I met him at Google HQ in London on 12 May this year, when he was working with YouTube on some videos ahead of the European and local elections that month. 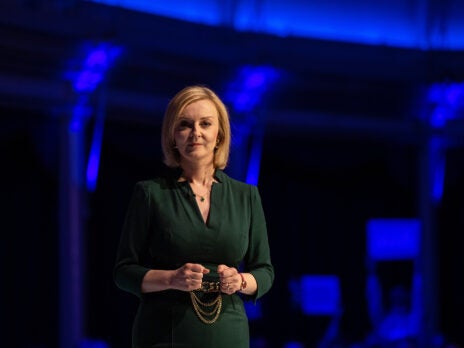 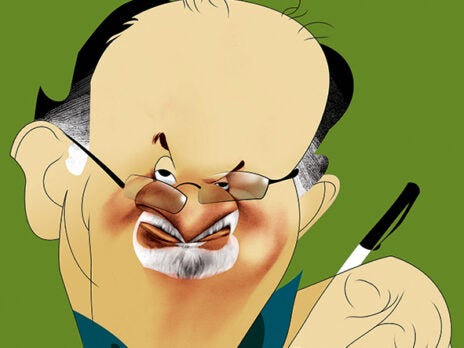 Anoosh Chakelian: You’ve been involved in politics for quite a while, haven’t you?

Jamal Edwards: I haven’t made it known, but I’ve sort of had a little dibble and dabble for quite a few years. The first politics I was involved in were the Spirit of London Awards, when I went to 10 Downing Street and interviewed David Cameron. That was my first experience of it.

JE: I don’t know, it’s just – wait, no, I did one with Ed Miliband, that’s the one I didn’t like. I was young. I had like ten chains on, Beats by Dre around my neck. I wasn’t articulating myself clearly. But it was all right, it was a good experience.

AC: What did you think of Cameron and Miliband?

AC: Why did you want to interview them in the first place?

JE: I thought I could’ve had a chance to bridge that gap [between politicians and young people]. I don’t really see any interviews with them where young people consume content. They may go and do interviews on the BBC or ITV, but who’s watching those news programmes? So I wanted to put them on my platform where a lot of young people are watching the content, for them to voice their opinions.

AC: Is there a problem in this country with young people not connecting with politics?

JE: Yes, 100 per cent. It’s either due to the jargon that they’re using, or it’s not very accessible for young people to consume it. Some people are though. There are some people who are very switched on and they get it, but there are other people who say, “forget it, they don’t care about us, they’re in another world to us”. So a lot of it is segregated.

AC: What can politicians do to appeal more to young people? Is it even their responsibility to do so?

JE: Yes and no. It’s a bit of a difficult one. If they had an open, free-for-all platform, where they would answer your questions truthfully and honestly, and you can send them questions and they answer it, that I think sort of breaks down the barrier. Because then if you get a load of young people going on to those platforms and wanting to speak to them, wanting to hear answers, then that would be a great thing. Then young people will feel like they’re listening to them. They might think, “oh, they’re not going to take it on board”, but at least they’ve had the opportunity to ask their questions.

AC: You clearly think this is important, considering your backing for Bite the Ballot…

JE: I think it’s important, because there was that saying… I’m not going to say it because it sounds cringe…

AC: Do you feel that when you were growing up, you could have gone down one of those routes that you’ve just described?

JE: Yeah, I think anyone can go either way. I always had a really short attention span, so I was always getting in trouble for that! But I feel like I hung around with loads of different people, and so had loads of different cultures of life, whereas some people only have one culture of life, and that’s it. So I feel like it could’ve gone either way. There are things that happened that kept me on the straight path.

JE: Like minor little troubles. Just troublesome things. What kids do! I remember silly things like throwing a rock and smashing a window. Stupid stuff like that.

AC: Do you still live where you grew up?

AC: And what’s their reaction to your involvement in politics, and your success generally?

JE: My real life friends think it’s a good thing. But there’s a bad thing with the internet – a lot of people will talk on the internet but not really mean what they’re saying. A lot of my real friends understand it, but the people on the internet are like: “Why are you doing this? You’ve sold your soul to the devil! You’ve done this, you’ve done that!” Those are the digital kids. They’re born on the internet. So they find out their facts from the internet. If they see something about politics on the internet, or about the Illuminati, or a secret society, they’re going to believe that for gospel. Whereas my real friends who are my age don’t believe in that rubbish. They just think, “oh, they [politicians] can’t help us, they don’t believe in us”. So you’ve got the digital kid and the real-life people.

AC: What are you hoping to achieve in the future, in terms of politics?

JE: I hope to make myself much more educated in politics so that I can make an informed decision, and I hope to be so educated that when anyone comes and quizzes me I can tell them the rights and wrongs, and show them the way, that it’s not all about negativity, and educate them as well.

AC: Who will you be voting for in the upcoming election?

JE: I’m not going to vote for anyone. I don’t feel like there’s anyone out there. I don’t know anything about it.

[At this point, Bite the Ballot’s director Michael Sani steps in and reminds him to “mention the fact that you’ll do a protest vote”.]

I know, I know, I know. I’m educating myself. So if anything, I will spoil my paper if I don’t think any party’s right for me.

AC: But you will go to the ballot box?

JE: I will school myself on what each party can bring for me, and if it doesn’t, if I don’t think it’s good for me, then I just won’t get involved. I’ll spoil my paper. That’s what I tell a lot of people to do as well, at least if you’re registered to vote, you’re a vote worth winning. But if you’re not registered at all, then who cares? You’re a no one. But if you had hundreds and thousands of kids spoiling their ballot paper, then obviously someone would think, “wait, hold up”. If someone made policies towards those hundreds of thousands of people, that could sway the vote of who could win the election.

The next Leaders Live debate will be with Nick Clegg at 7pm, 16 December