This post was originally published on May2015.com – our new home for news on the general election. 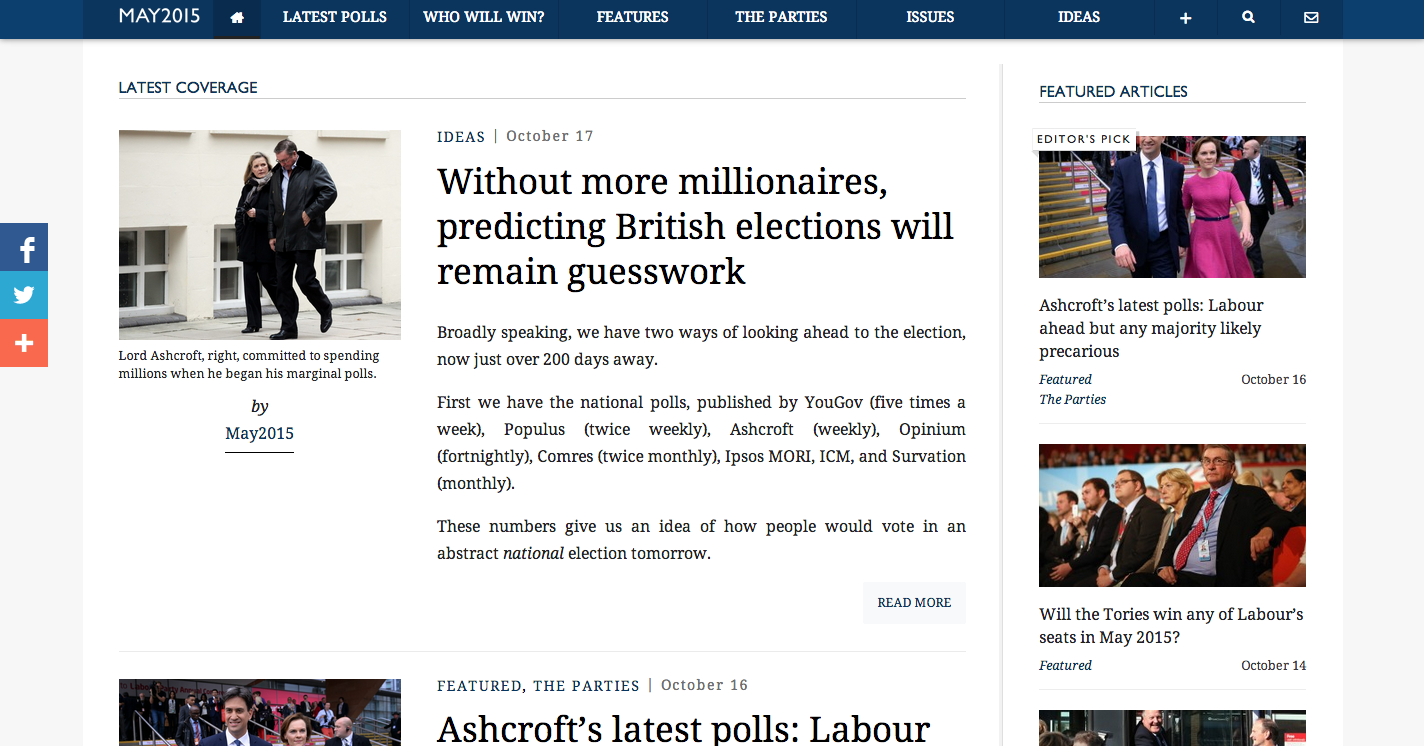 Broadly speaking, we have two ways of looking ahead to the election, now just over 200 days away.

These numbers give us an idea of how people would vote in an abstract national election tomorrow.

But our general election isn’t one election, it’s 650. We are all divided into constituency boundaries which dive, snake and encircle us into groups of around 70,000.

The national polls give us an idea of how those 650 elections will play out, but what we really need to know is how people will vote given they are voting in essentially local elections.

This is what Lord Ashcroft’s marginal polls offer us. Yesterday he published his seventh round of polls, taking the number of seats he’s polled to 76. This gives us data (albeit often only one poll, some of which are now a few months old) for about half the seats we need to even start predicting this election.

This is how British elections will always be, until either more millionaires start independently polling 150 seats every five years, millions of us join internet polling companies like YouGov or phone pollsters can replace call centres with automated callers.

Polling a marginal seat is expensive. A ballpark figure is around £10,000, which would mean Lord Ashcroft has spent more than £750,000 on his polls so far. YouGov poll far more cheaply by using online panels, but their database isn’t large enough to poll individual seats.

They have around 350,000 people in their sample, but that would only hand them around 500 in each seat – and they panel isn’t evenly distributed, so in many places there will be far fewer than that. A poll needs 1,000 respondents to be within 3 per cent of accuracy, but not all of YouGov’s panelists will respond, and you need more than 1,000 to in order to end up with 1,000 weighted respondents.

Each poll needs to have the right number of voters by the demographics YouGov measures use (age, gender, region, social grade, newspaper type and political affiliation). So you need far more than 500 possible respondents to start polling individual seats online.