The problem for smaller parties, as demonstrated by Ukip, is that they often only have one prominent figure known to the public and constantly interviewed by journalists.

Nigel Farage seems to be going some way towards breaking this problem by recruiting Conservative MPs, but now the Greens are experiencing a surge, it’s time to find out who’s who in their party. 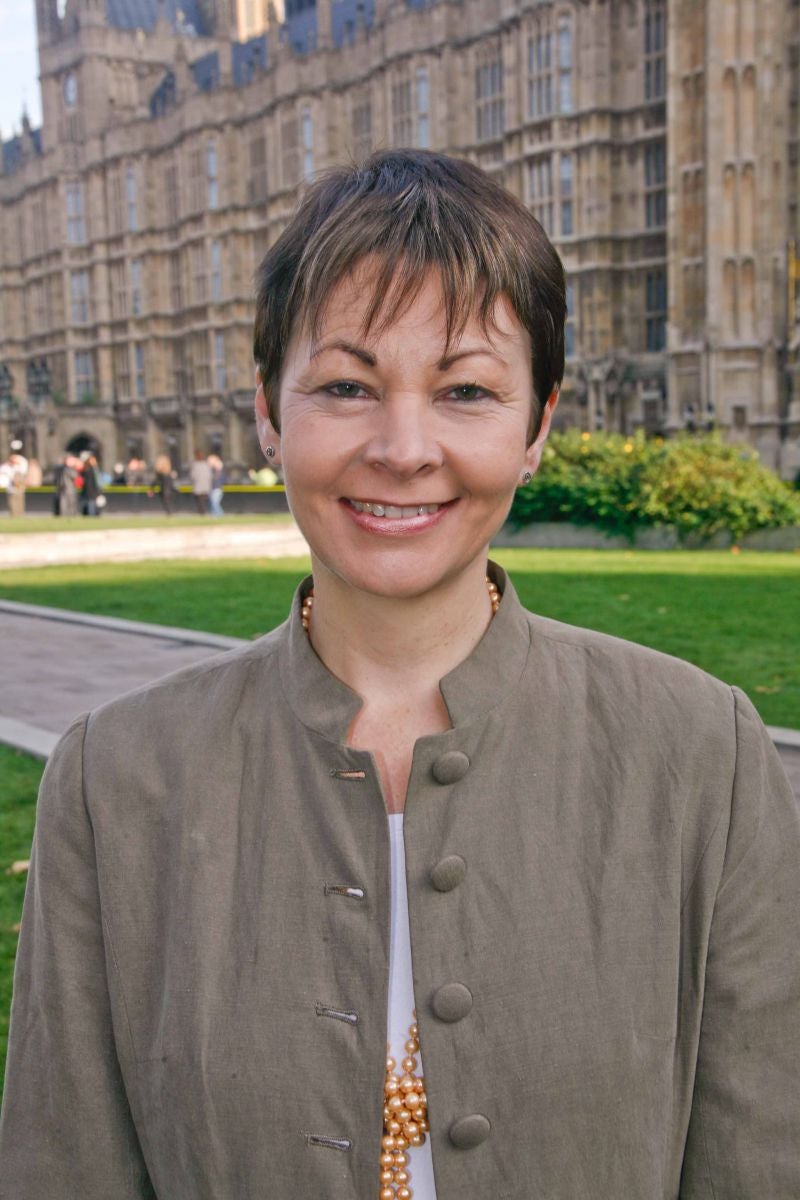 The best-known Green party figure by far, Lucas led the party from 2008 and has held numerous prominent positions in the party since becoming a member in 1986. She was elected to the European Parliament for the south-east England region in 1999 as one of the Green party’s first MEPs. She continued getting re-elected as an MEP until she stood down in May 2010, when she became the Green party’s first MP, famously winning Brighton Pavilion from Labour.

A hardworking MP, accomplished politician and compelling speaker, it is little wonder Lucas felt she had to hand the party leadership over in 2012. She wanted to give other Greens the opportunity to build a public profile, and was also intensely busy with her work in parliament.

She was in the top ten of the New Statesman’s Person of the Year list in 2006.

Aside from her election to parliament, memorable moments include: her arrest at an anti-fracking protest last August; tumbling into parliament from being among the kettled tuition fees protestors and making an immediate point-of-order calling for Theresa May to account for the police; flouting the Westminster dress code by wearing a “No More Page Three” t-shirt during a debate. 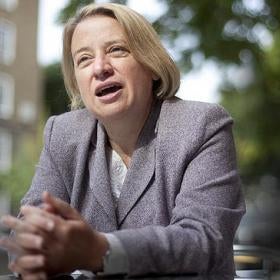 Bennett took over the Green party leadership from Lucas in 2012. She was born in Sydney, Australia, arrived in London in 1999, and had a long career as a journalist, working for the Independent, Telegraph, Times, and then as editor of Guardian Weekly for five years.

Prior to this, she did a degree in agricultural science at the University of Sydney. This is where she remembers her first experience of sexism, telling me she had, “a lecturer who used to liven up pictures in the animal reproduction subject by sticking slides of naked women in between slides of cow uteri”.

She has also worked at the World Health Organisation and the International Labour Organisation. A lifelong feminist, Bennett founded the Green party women’s group and is a trustee of the Fawcett Society.

Bennett doesn’t make for as compelling viewing as Farage, with his easy-going blokey shtick and tendency not to watch his words. This has caused her frustration and kept her from quite the same limelight. She recently told the Independent she’s been tempted to go on air “saying something monumentally stupid in the hope of getting some coverage. I have seriously considered that, because Farage and Ukip get so much attention for saying really stupid, racist, way-out-there things.” 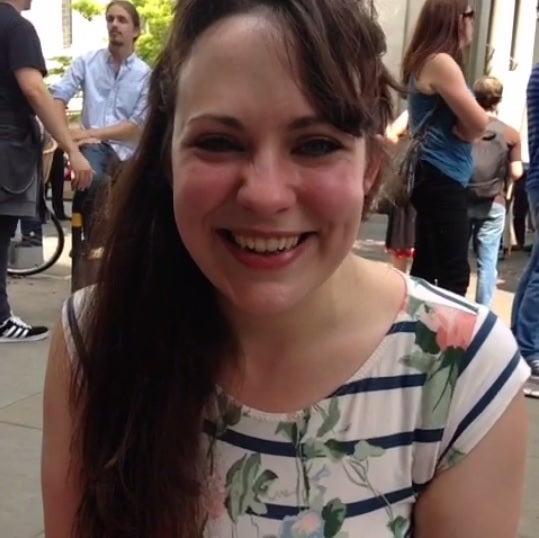 Having been a prominent member of the youth movement, the Young Greens, and with eight years’ experience as a party activist, Womack, 29, was voted deputy party leader in September this year. She is one of two deputy leaders of the party – its constitution says there should be one of each gender – alongside Shahrar Ali.

Womack is a symbol of how strong the Young Greens are within the party. While the party has always been popular among young people, the Young Greens have seen a particular surge lately, with 100 per cent growth in membership this year.

She is from Newport, Wales and now lives in Lambeth, south London. She was closely involved in the successful campaign to get London MEP Jean Lambert re-elected in this year’s European election. 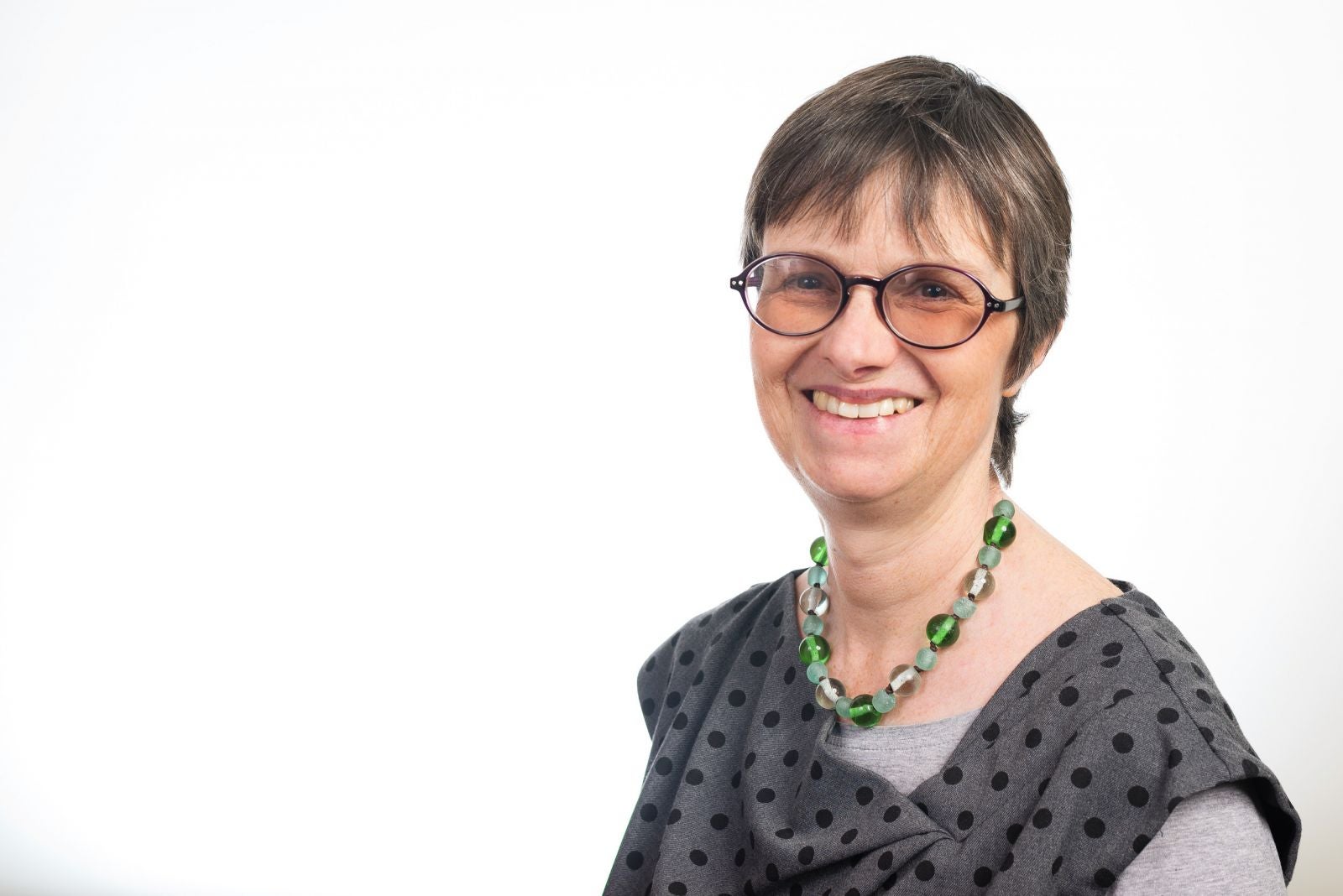 A new MEP – representing the south-west of England – Scott Cato was educated at Oxford and received an economics PhD from the University of Wales. She is a finance spokesperson for the party, and green economics has long been her area of interest. For example, she has written several books, including Green Economics (2009), Environment and Economy (2011) and The Bioregional Economy (2012).

She is one of the Green party’s gain of 50 per cent more MEPs in this year’s elections, giving the party triple the number of MEPs that the Lib Dems have. The Greens now have three MEPs: Molly Scott Cato, Jean Lambert and Keith Taylor. Scott Cato sits on the European Parliament’s Economics and Finance Committee, and is also a substitute member of the Agriculture Committee. 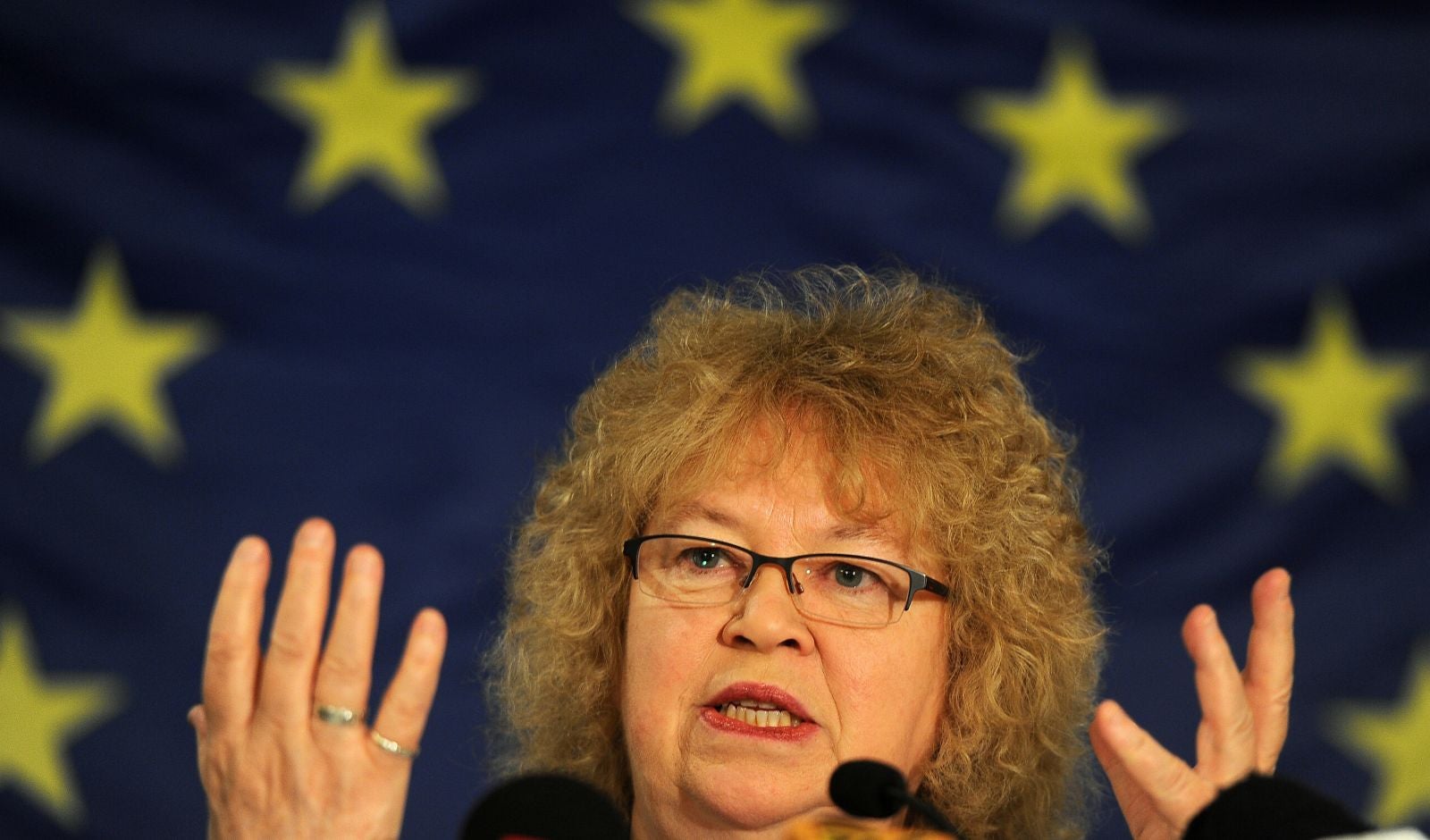 Lambert has served as a Green MEP for London since 1999, and is now serving her fourth term in the position. This longevity is rather unusual for a Green MEP.

Lambert used to be a teacher in east London, and joined the party when it was known as the Ecology party, back in 1977. She is currently the Green party’s spokesperson on the hot political topic of our times, immigration.

There is a rather sweet “Day in the Life” section on her website, detailing how she has no time to eat lunch and likes to relax at the end of a long day’s work in Brussels with a detective novel. 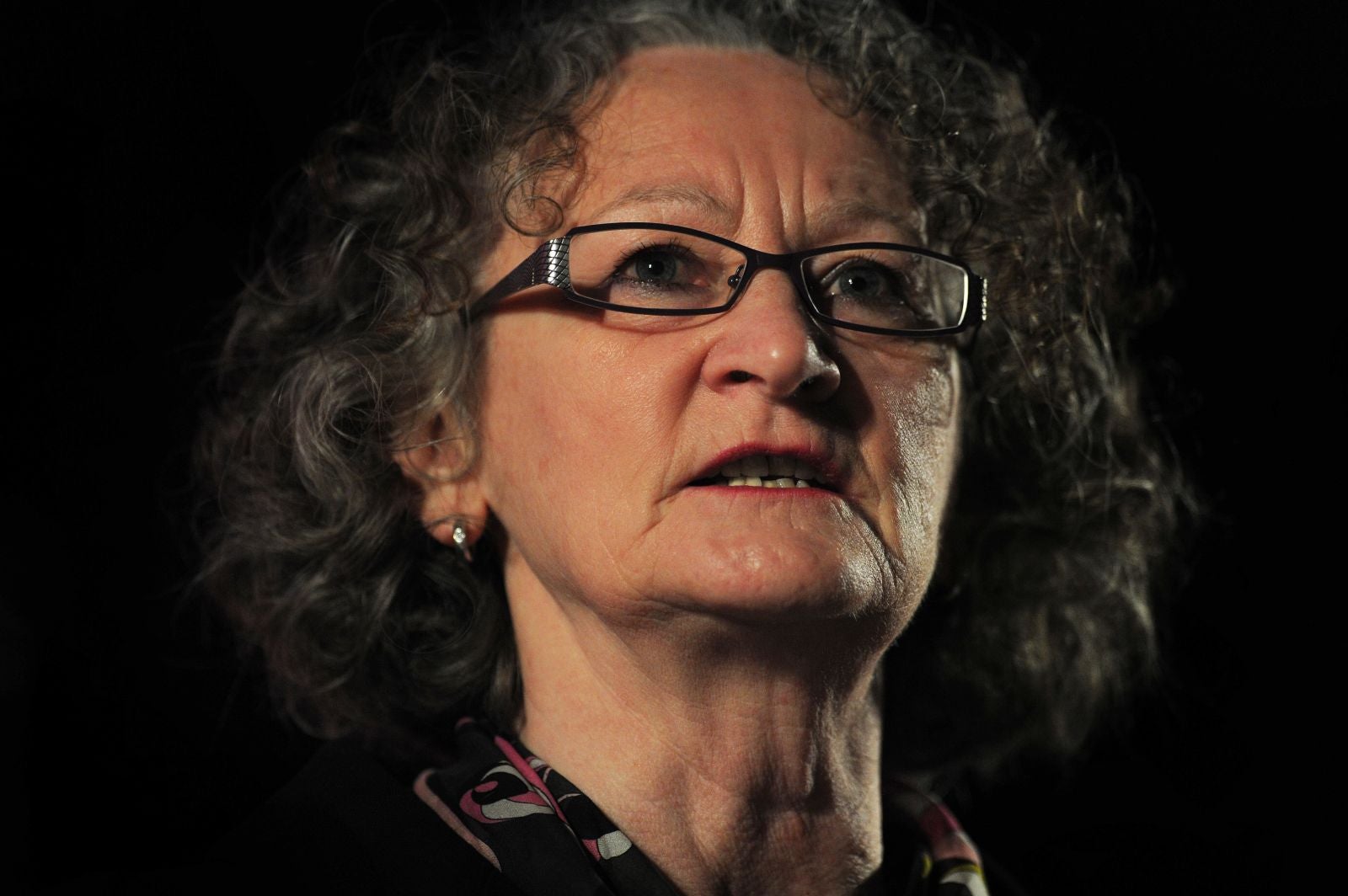 Jones is the first Green member of the House of Lords, being made a peer in 2013. Her title there is Baroness Jones of Moulsecoomb, after the suburb of Brighton where she grew up. She is also a London Assembly member, a position she’s held since 2000.

She was the Greens’ mayoral candidate in 2012, coming third and beating the Lib Dems’ candidate, Brian Paddick. It was Jones who called for the candidates to publish their earnings and tax returns during the campaign after the endless sniping between Boris Johnson and Ken Livingstone on the latter’s tax affairs. The candidates agreed.

She chairs the London Assembly Economy Committee and is deputy chair of the Policing and Crime Committee, where she is often seen trying to hold the Met and the Mayor to account, particularly on civil liberties concerns. She served as deputy mayor of London in 2003-4.

Earlier this year, it emerged that the Met had been monitoring her political movements for 11 years, putting her on a list of “domestic extremists”. Jones called the monitoring unjustified and a waste of police resources, pointing out she doesn’t have a criminal record. Boris Johnson was vociferous in his criticism, calling it “absolutely absurd” that Scotland Yard would record someone’s activities who is on an official committee scrutinising it.

The one to watch 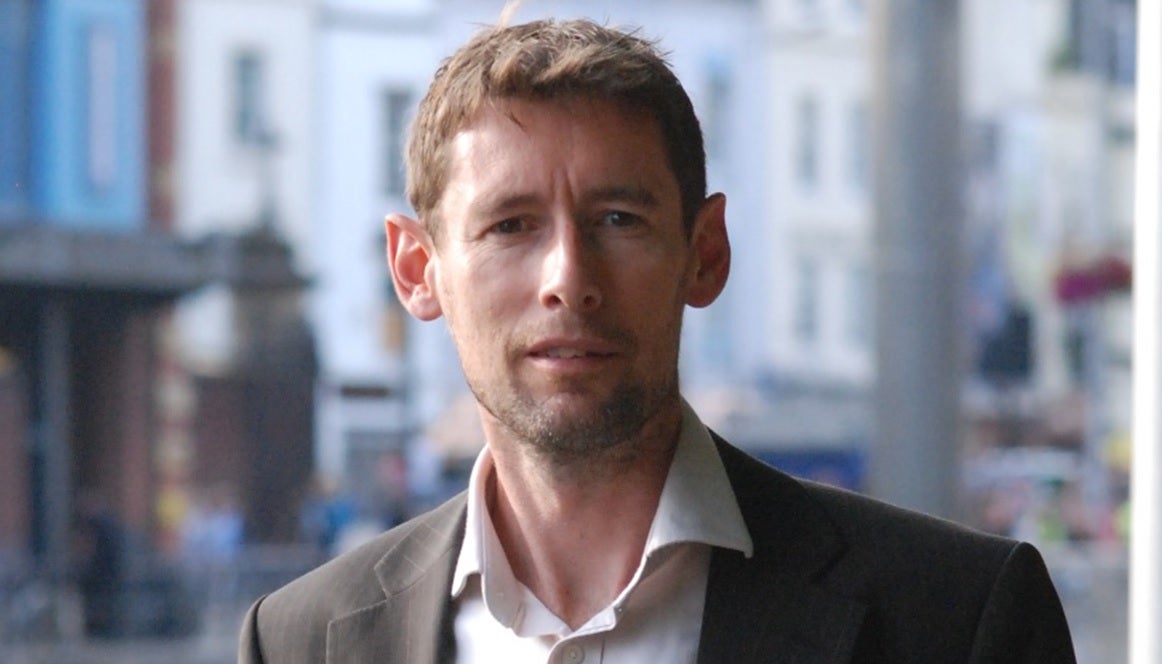 Hall is the Green party’s candidate competing for Bristol West in the general election. Bristol West is a fascinating seat regarding the so-called Green surge. The Greens came first in the constituency in the local elections, going by the popular vote across the council wards. They have a 2 per cent lead over Labour there. It looks like it will be a three-way marginal, and is likely to see a close battle between the incumbent Lib Dem Stephen Williams, the Greens, and Labour.

Hall, as company director of the Bristol Green Capital Partnership, project-managed the team that won Bristol its European Green Capital Award 2015. He also runs the city’s Big Green Week festival and is the founder and editor of Good Bristol magazine. Clearly a figure with a strong local following.

Hall, and the constituency itself, will certainly be one to watch come May 2015. 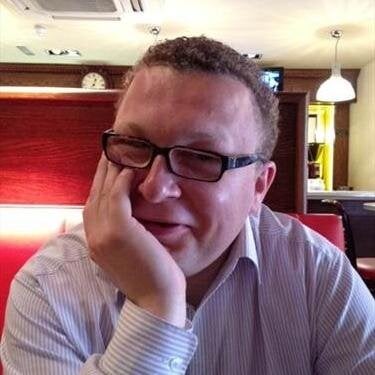 Luffingham, who is commonly known as Billy, is the Green party’s national campaigns director, and the party’s most influential operator behind the scenes. He was the mastermind behind the independent candidate George Ferguson’s successful election campaign to become mayor of Bristol in 2012, winning him a majority of over 6,000.