Stay up to date with all the election news and predictions at May2015.com. 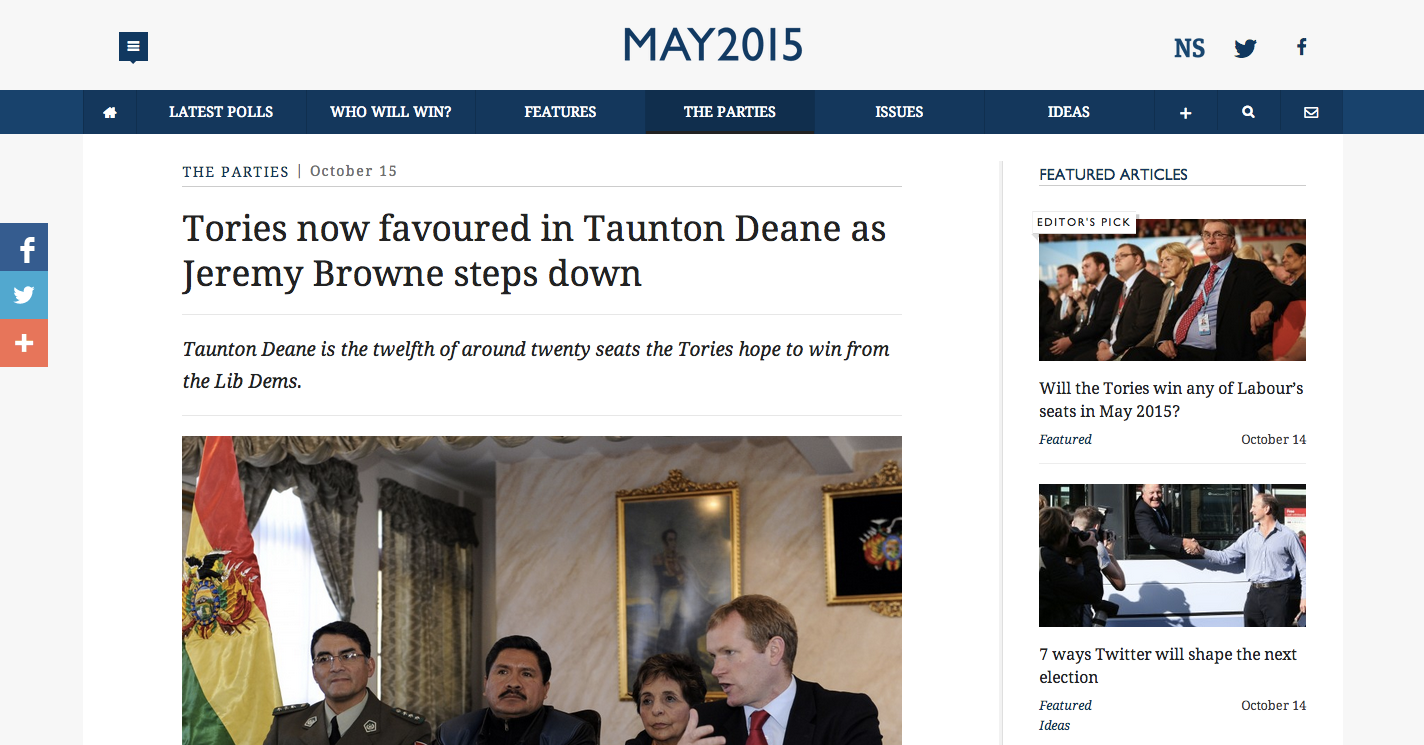 Jeremy Browne, the Liberal Democrat MP for Taunton Deane, has announced he is standing down in May.

When George Eaton interviewed him earlier this month, he wrote about how “It would be easy to forgive the Liberal Democrat MP Jeremy Browne for being morose “. It seems his party’s bleak outlook has now encouraged him to depart.

What might this mean for Taunton Deane, Browne’s Somerset seat? It is one of around 20 seats the Tories are hoping to win from the Lib Dems – and their chances just became much better.

Lord Ashcroft’s marginal polls – of which he has ran 65 so far – surveyed the seat for the first time in September. It suggests the Lib Dems should mourn Browne’s departure. When constituents were asked to consider the parties at a national level, the Conservatives held a 13-point lead in the seat: polling 35 per cent, compared to the Lib Dems 22 per cent.

But when asked to think specifically about “your own parliamentary constituency… and the candidates who are likely to stand for election to Westminster there”, the Lib Dems did far better: they trailed the Tories by just 4 points, 34 to 30 per cent.

It is likely Browne is a big part of this.  He is to the right of his party, in an area where the Conservatives are the largest party on the council (they have 27 councillors out of 56; the Lib Dems have 21). Whomever succeeds him will likely need to be on the same side of the party.

But all may not be lost for the Lib Dems. The 9-point spike that asking a local question gives them is, as we detailed last month, less strong than in most other Tory-Lib Dem marginals. And if the local spike is less about an incumbency effect for the current MP, and simply to do with the local reputation Lib Dems hold, the party may be able to keep the seat competitive.

The party has far fewer seats to focus on than the Tories, who have to defend around 100 seats from Labour and 11 other Lib Dem seats they came closer to winning in 2010.

The key will be holding onto both Lib Dem 2010 voters – around half of whom are sticking with the party, higher than the national trend – and the few Labour and Tory 2010 voters who were more likely to back Browne locally than the Lib Dems nationally.

The behaviour of Taunton Tories largely reflects the national trend: nearly 80 per cent of those who voted for the party in 2010 look set to back them once again, with around 20 per cent defecting to Ukip.

But 8 per cent of them backed Browne when asked about local candidates, compared to only 3 per cent at a national level (with a similar, small spike among Labour voters – but this is based on well under 200 voters, making the margin of error too high to mean much).

When Ashcroft returns to the Lib Dem battleground, presumably late in 2014, we will get a first indication of whether the Lib Dem’s local popularity is down to incumbent MPs or simply the strength of its local party branches. 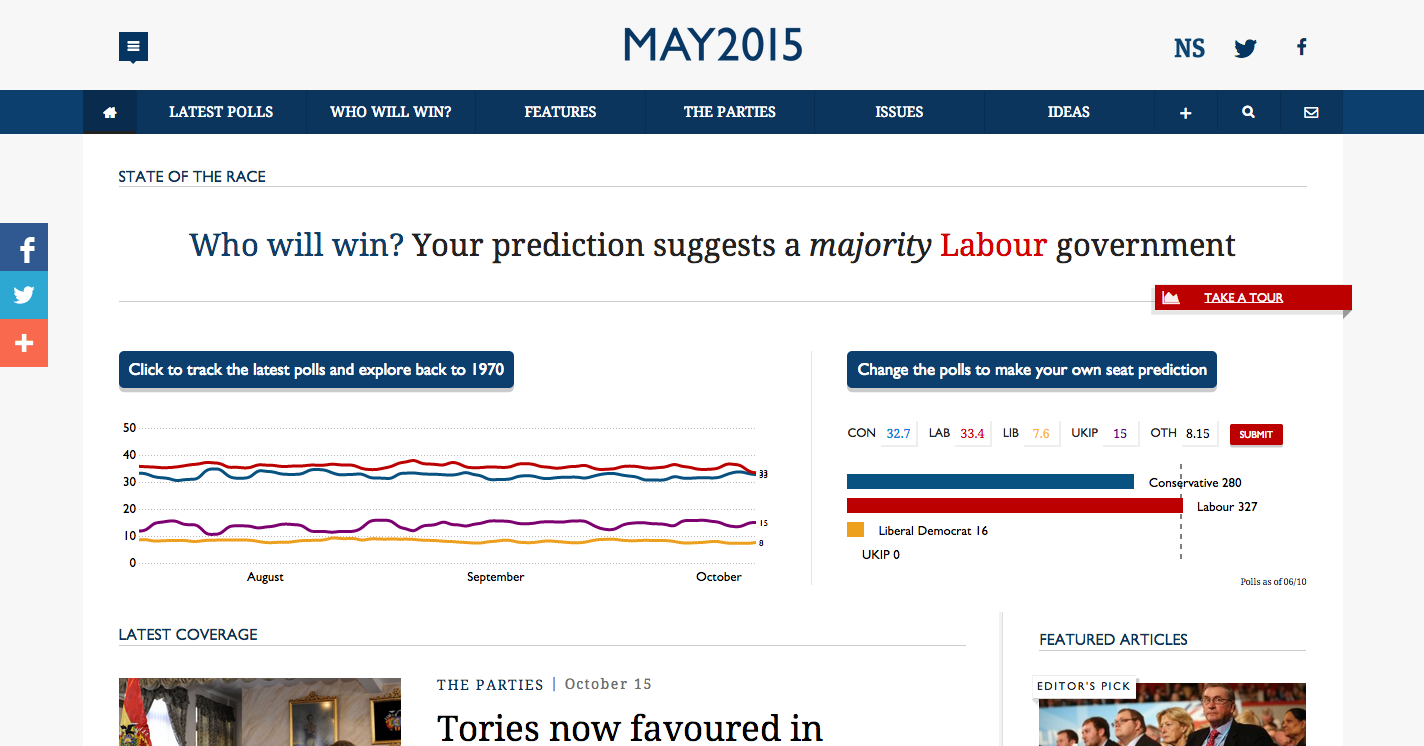