“Why is David Cameron so afraid to call himself a feminist?” is the question ELLE magazine is asking today.

The magazine asked Ed Miliband, Nick Clegg, and the PM (among some male celebrities) to pose wearing the Fawcett Society’s famous slogan t-shirt that reads “This is what a feminist looks like”. Miliband and Clegg obliged. But the magazine claims Cameron refused its request not once, but five times.

We asked the Prime Minister five times if he would wear the Fawcett Society’s iconic This Is What A Feminist Looks Like slogan T-shirt and send us a snapshot (it would only take 10 minutes). Five times, he declined. This is a shame on so many levels, especially given he knew Nick Clegg and Ed Miliband had agreed without hesitation, alongside many other influential men who were more than happy to call themselves feminists. It seems the Prime Minister still has an issue with the word “feminist”.

I was personally disappointed that we couldn’t feature Mr Cameron in our Feminism Issue because it is ELLE’s aim to engage with men in the fight for equality: because of parliament’s current gender imbalance, it is men who have the power to make changes in every area of British women’s lives. When the man in charge doesn’t engage, it doesn’t bode well. Given the huge international male support for UN Women’s #HeForShe campaign, it does rather make our Prime Minister look like the odd one out.

Here are Miliband and Clegg sporting the t-shirts: 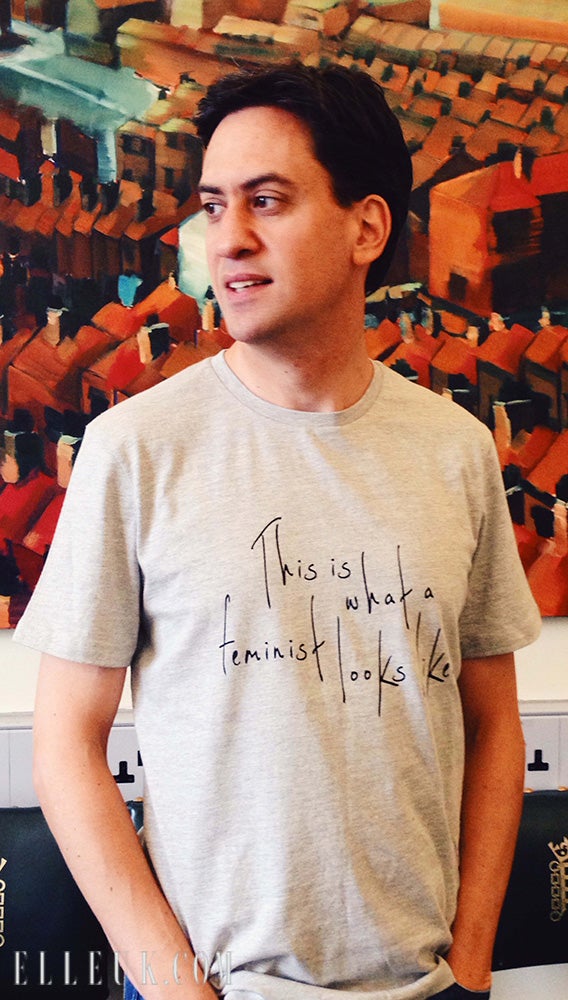 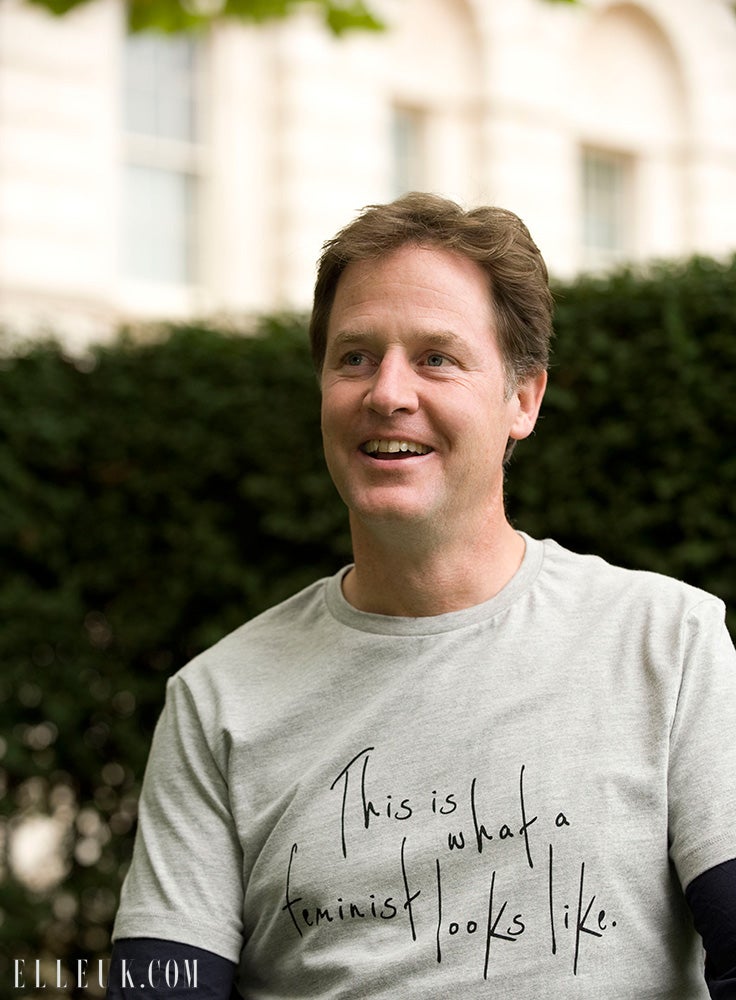 
It occurs to this mole that this situation has parallels with the time Miliband failed to pose wearing a Help for Heroes rubber wristband for The Sun. But with Miliband close to reaching his aim of a 50 per cent female cabinet, and the PM’s enduring “women problem”, it sees this story as far more revealing of Cameron’s priorities.