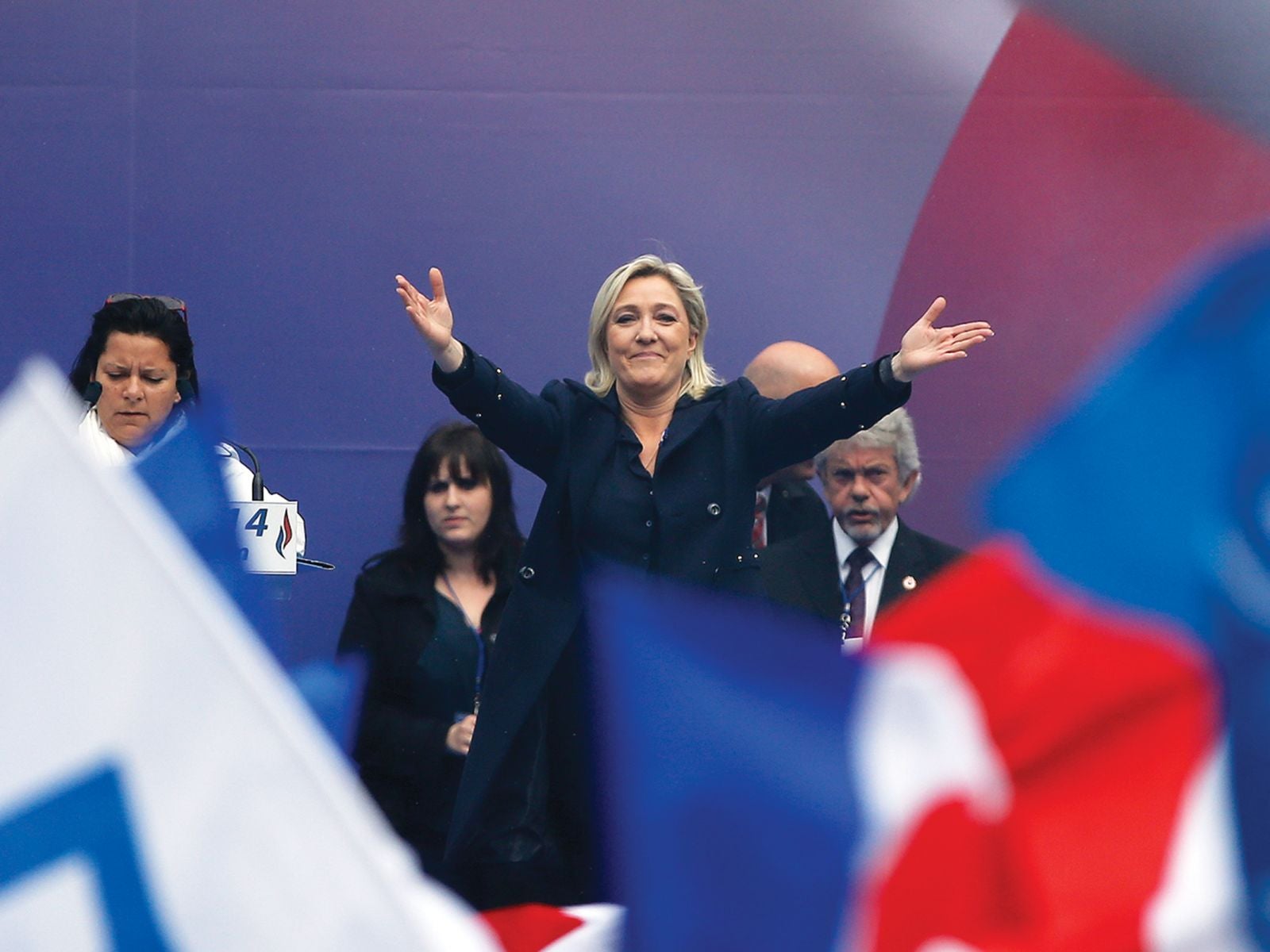 In this year’s European elections, unprecedented numbers of populist and Eurosceptic representatives were elected, from Denmark and Hungary to Germany and Greece, via the striking successes of Ukip and France’s Front National. And yet, for all the noise about anti-establishment parties, the bigger story of these elections is why the dispossessed turned up to vote in such numbers while the middle class stayed at home. At a time when national politics has been defined by a quest to woo the middle classes, these groups made a point of refusing to get involved in the European poll: 57 per cent of Europeans didn’t vote, rising to a staggering 87 per cent in Slovakia. As a result, the Euro elections have become a minority pursuit, dominated by those groups that feel they have been left behind. In Peter Kellner’s words: “The surge of insurgent parties is the political consequence of the economic trends that Thomas Piketty described in his work on rising inequality.”

Although there are wide variations across Europe, two groups of voters showed up at polling stations in disproportionate numbers: urban voters from former industrial heartlands, who are at the sharp end of immigration, and rural voters put off by the liberal social values being adopted by mainstream parties of the centre left and right. It was their votes that sent tremors through the political system. To paraphrase George Bernard Shaw: those who can, do; those who can’t, vote in the European elections.

When will the Guardian let staff return to the office?

As Simon Hix of the LSE points out, these are groups that have largely been abandoned by the mainstream parties, which are becoming “cosmopolitan” and “metrosexual”. “Parties of the left,” he argues, “now draw support mainly from public-sector workers and the cultural industries, while parties on right now mainly appeal to finance and big business.” The political scientists Matthew Goodwin and Rob Ford have shown that when Harold Wilson was elected in 1964, working-class voters outnumbered professional middle-class voters by two to one. By 2010 the professional middle classes had a 4:3 advantage. As Goodwin and Ford argue: “Britain has gone from a society where working-class voters with little education decided elections to one where such voters are now only spectators, and the crucial and decisive battle is fought between middle-class graduate candidates seeking middle-class graduate votes.” 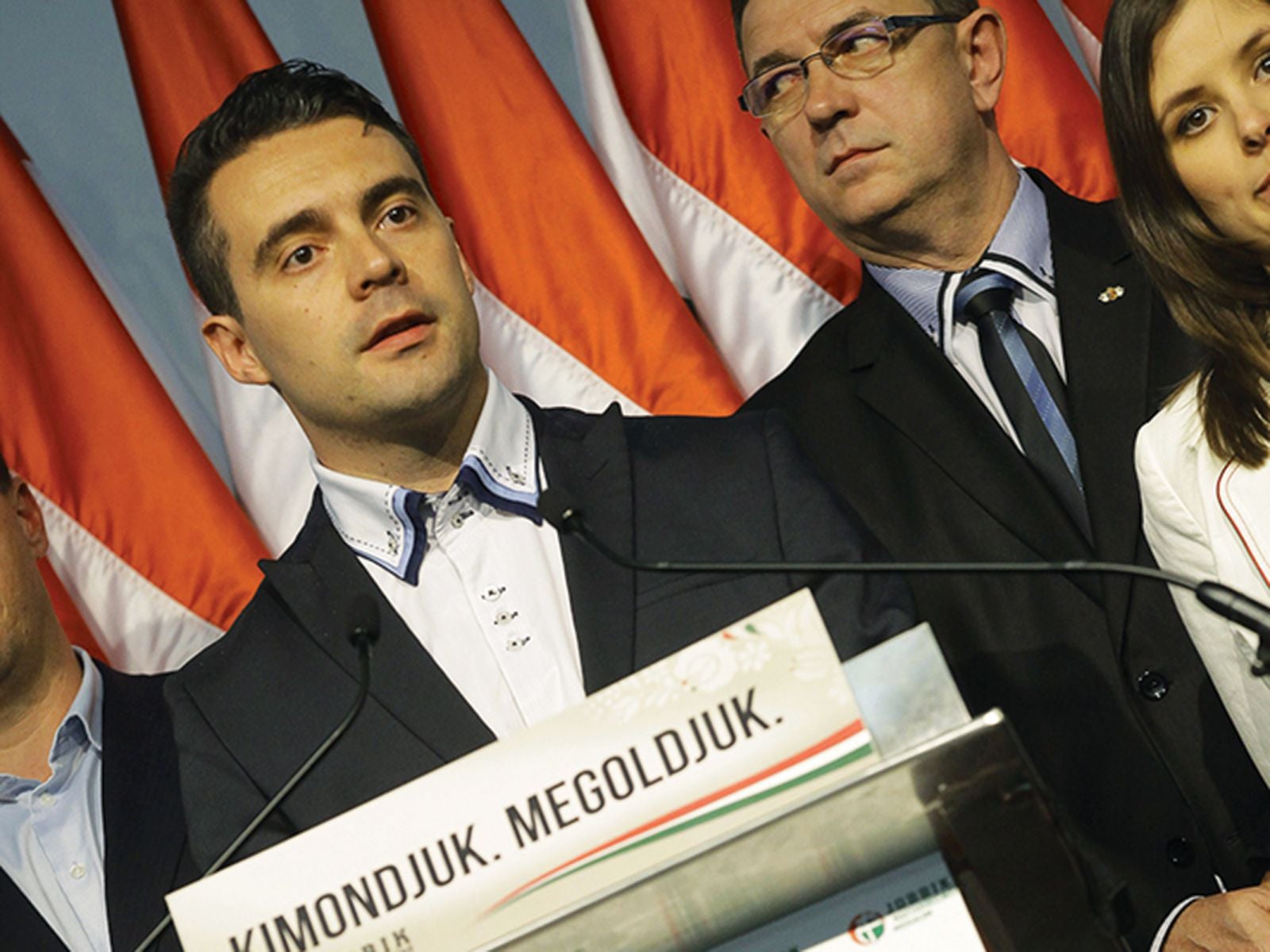 While middle-class voters did not show up at the Euro elections, the disgruntled working-class voters did. They flocked to a range of insurgent parties new and old – from former communists to the far right. In Spain there was the launch of Podemos, a Latin American-inspired party that grew out of a faction called “Anti-capitalist Left”, with a mission to work “to stop Spain being a colony of Germany and the Troika”. In Greece, the leftist Syriza emerged as the largest group. In Poland, there was a surge in support for Law and Justice as well as the creation of another radical grouping, the Congress of the New Right.

At the turn of the century, the late political scientist Peter Mair wrote a prescient extended essay, Ruling the Void, about the space that had opened where conventional politics used to be. It is this gaping void that the insurgent forces are trying to fill.

Mair’s metaphor works on many levels. It applies, first, to citizens who have retreated into their private lives. All of the indicators for normal political participation are falling: party membership, political affiliation, turnout. And though the hyperconnected citizens of today are able to monitor the executive on the internet efficiently and protest using lots of new and different tools, usually they seek out ways to participate in politics as an experience, rather than voting in elections. As Ivan Krastev argues in a fascinating new book about middle-class protest, Democracy Disrupted, “While it is popular for Europeans to compare the current global protest wave with the revolutions of 1848, today’s protests are the negation of the political agenda of 1848.” Krastev argues that 1848 marked the rise of the citizen-voter. The present protests are a revolt against representative democracy and mark the disillusionment of the citizen-voter. 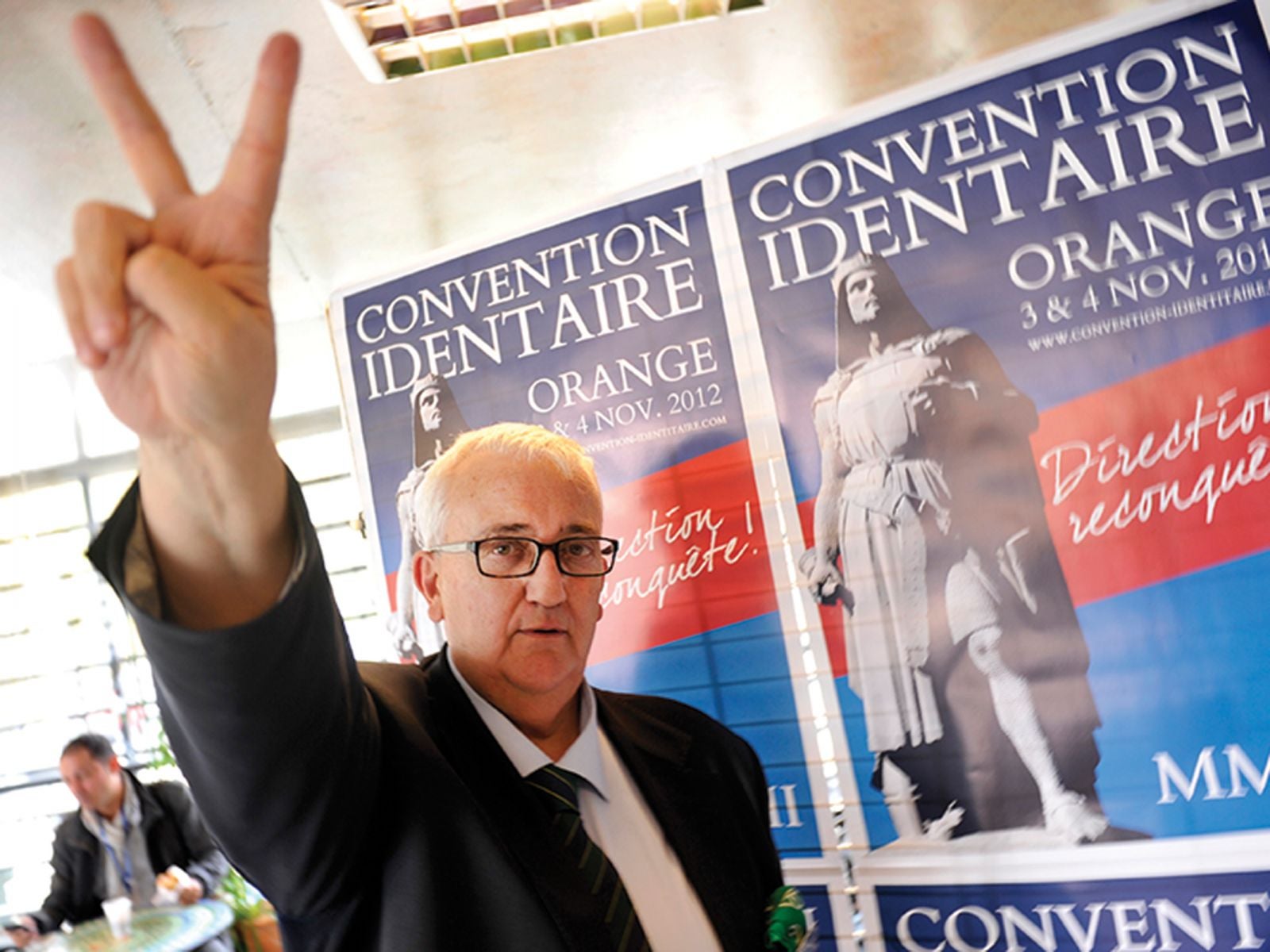 Second, according to Mair, the old parties have vacated their familiar functions of expressing their supporters’ views or representing them. Political parties used to be embedded in civic life but they have become mere appendages of the state (a “governing class” that seeks office, rather than a chance to represent ideas or groups in society). This is particularly visible during European elections. Because these polls are not connected with capturing state power, the established parties can barely be bothered to campaign – let alone engage in a debate about the powers and possibilities for the parliament. Having dispensed with the question of a referendum on EU membership in a speech before the campaign began, Ed Miliband studiously ignored the European issue. At the beginning of the campaign he launched a ten-point plan on the “cost-of-living crisis” – not even trying to adapt Labour’s theme to the topic of the European elections.

Third, parties have vacated the realm of debate. Politics used to be about changing minds, but a revolution of political technology has turned it into a very different pursuit: maximising the turnout of people who already agree with you. This was always part of old-style campaigning but the mining of big data has allowed it to happen on an industrial scale. The intellectual roots of this new type of politics lie in part in the work of Barack Obama’s former colleague at the University of Chicago Cass Sunstein, who worked in the White House until 2012. Together with Richard Thaler, he wrote the influential book Nudge, which shows that it is easier to change people’s behaviour than it is to change their minds. Central to that is manipulating what they call the “architecture of choice” – in other words, framing arguments on policy to appeal to existing biases rather than changing minds. 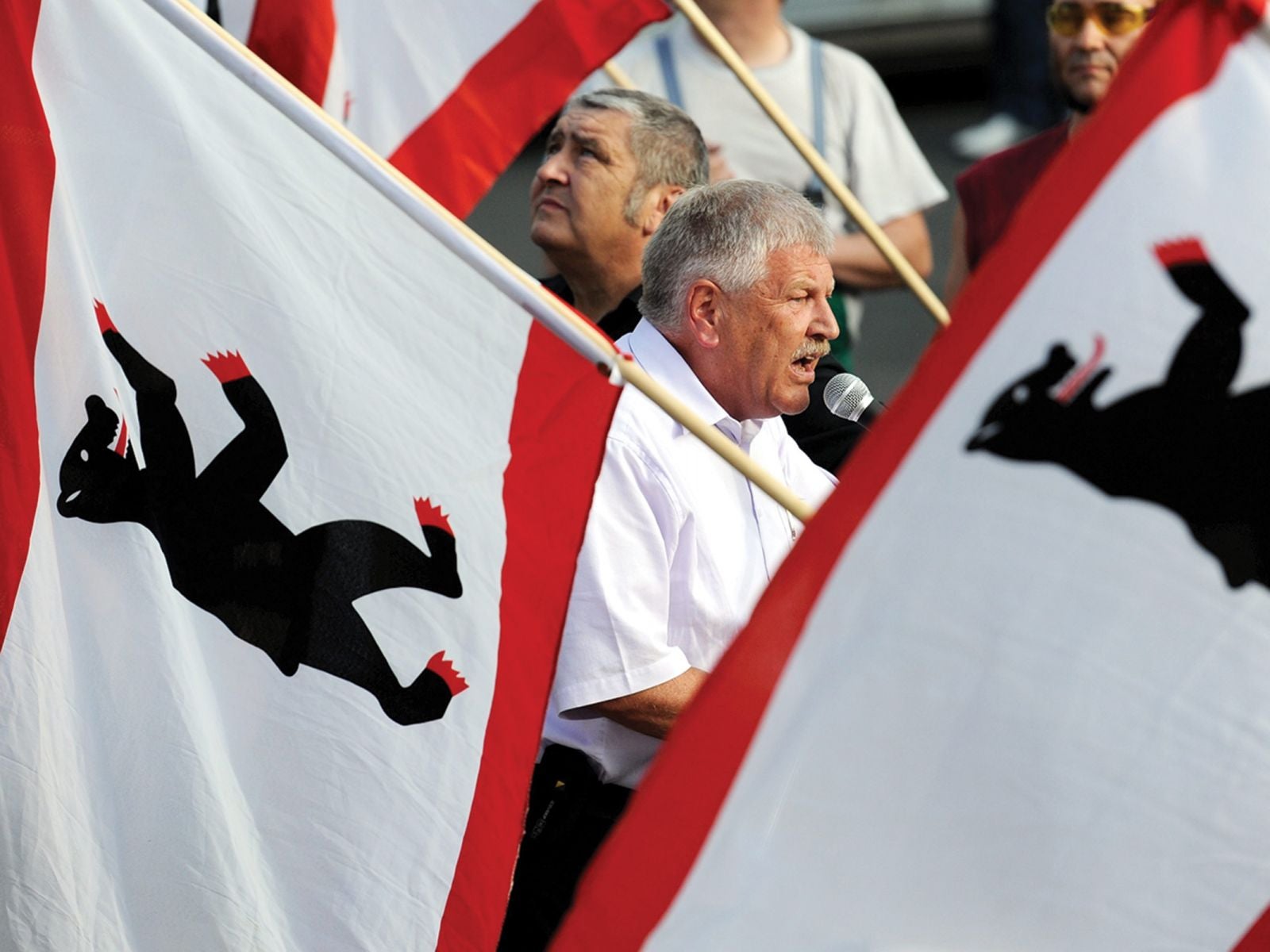 Udo Voigt of the far-right National Democratic Party in Germany

Just look at Miliband’s campaign around the cost-of-living crisis, which is focused less on the political centre than on mobilising his core vote and supplementing it with Lib Dem switchers and new voters. David Cameron’s carefully crafted messages about the economy, welfare reform, immigration and Europe serve a similar purpose (he went as far as to set up a “behavioural insights team” at No 10 inspired by Nudge). Even Nick Clegg’s decision to challenge Nigel Farage to a public debate on Europe – which superficially looked like a return to old-fashioned stadium politics – was motivated by a desire to frame issues and get out the vote. Lib Dem strategists estimated that the pool of potentially pro-European voters – roughly one in four of the electorate – was larger than the pool of Lib Dem voters.

It is the political void created by the mainstream parties that the insurgent parties are trying to fill and, so far at least, they are succeeding. They are recasting politics as a dispute between the elite and the people, and are rediscovering the forgotten roles of opposition and expression (rather than seeking to govern – in fact, some parties such as Syriza in Greece and the Dutch Party for Freedom have gone to great lengths to avoid going into government). In many ways the European elections are the perfect vehicle for these parties because they do not result in the election of a government, and so voting in them is an act without consequence – as one shrewd analyst remarked to me, “the political equivalent of masturbation”. 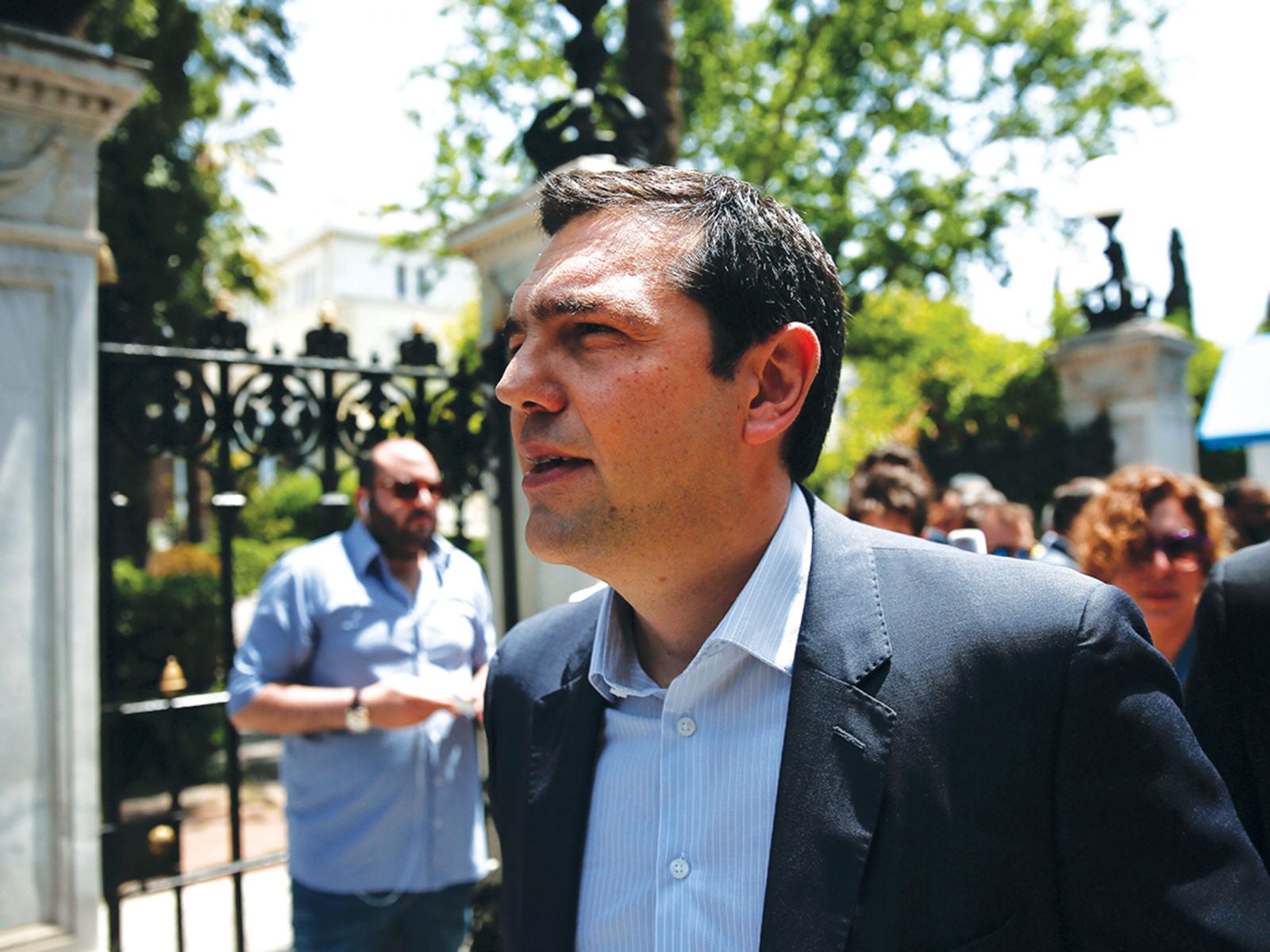 Apart from creditable performances by Angela Merkel in Germany, Matteo Renzi in Italy and the Swedish Social Democrats, almost all the established parties had a tough election. However, it was the mainstream parties of the left that were hit hardest, particularly those in the Netherlands, Belgium, Spain, Denmark, Ireland, Greece and Finland. The existential crisis for the left goes beyond electoral arithmetic: unlike the post-Thatcherite parties of the right, the left believes in the transformative power of politics. The rise of the likes of Ukip saps that promise by preaching a politics of despair, poaching core voters and robbing progressives of the oxygen they need to develop a popular message for change.

All the mainstream parties are now promising to listen to insurgent voters. But the challenge will be to find a way of engaging them without ignoring their concerns or imitating the insurgent political forces. As Sunder Katwala of the British Future think tank argues, the anti-political rap sheet carries two charges: that the mainstream is out of touch and that it is inauthentic. The difficulty is that, in trying to make up for the first crime, they unwittingly commit the second. Just look at what happened to Gordon Brown when he talked about “British jobs for British voters”, after he had presided over an unprecedented opening of UK borders to foreign talent. Moreover, even if he had succeeded in looking authentic, he would have scared away as many voters as he attracted. 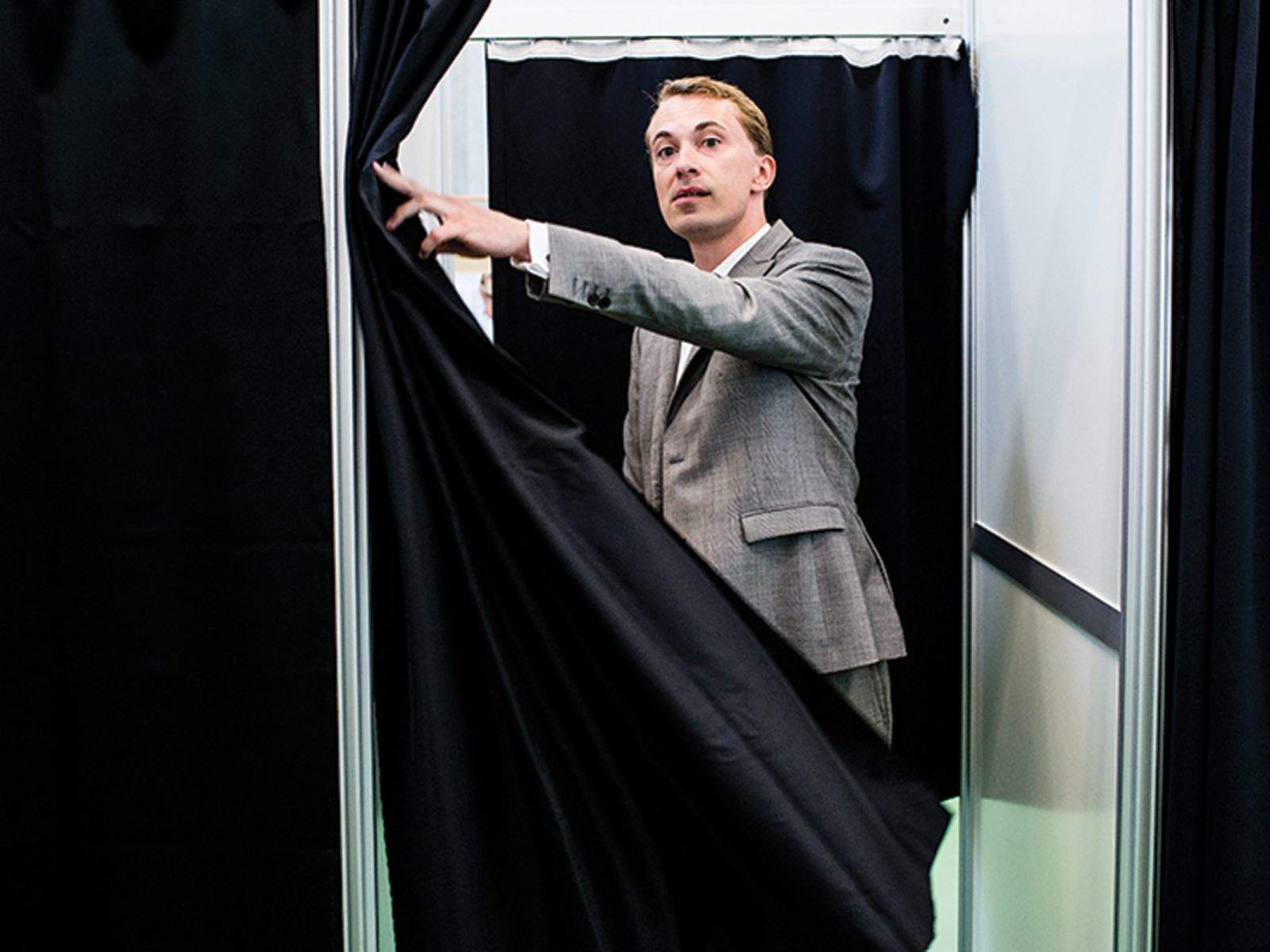 It is, by definition, hard for politicians to appeal to an anti-political mood. But many in the establishment are hoping that anti-politics will be self-limiting. Eventually, if they are successful in elections, insurgent parties are forced to grapple with the compromises of power. And even where they fail to take up power, their very success can drive the masses back to mainstream parties. Katwala has labelled this “the Farage paradox” – that the more support Nigel Farage gets for Ukip, the less support there is for its core idea of leaving the EU. As he explains: “Ukip is appealing intensely to those that are certain they want to get out of Europe, but it is putting the undecided off. Most people like complaining about Brussels but that doesn’t mean that they want to risk leaving the club, and certainly not on a ticket back to the 1950s.”

It will take time for the insurgent parties to become the new establishment – and thereby destroy their own legitimacy. That is time the mainstream parties simply do not have. Even though many middle-class voters will return to politics for the general election, the background to the May elections is a crisis of political representation. Our societies are becoming more atomised and individualistic, and power is flowing further away from the grasp of ordinary people. As Ivan Krastev argues: “Our rights are no longer secured by our collective power as voters, but are subject to the logic of the financial market. Voters can change governments, yet it is nearly impossible for them to change economic policies.” 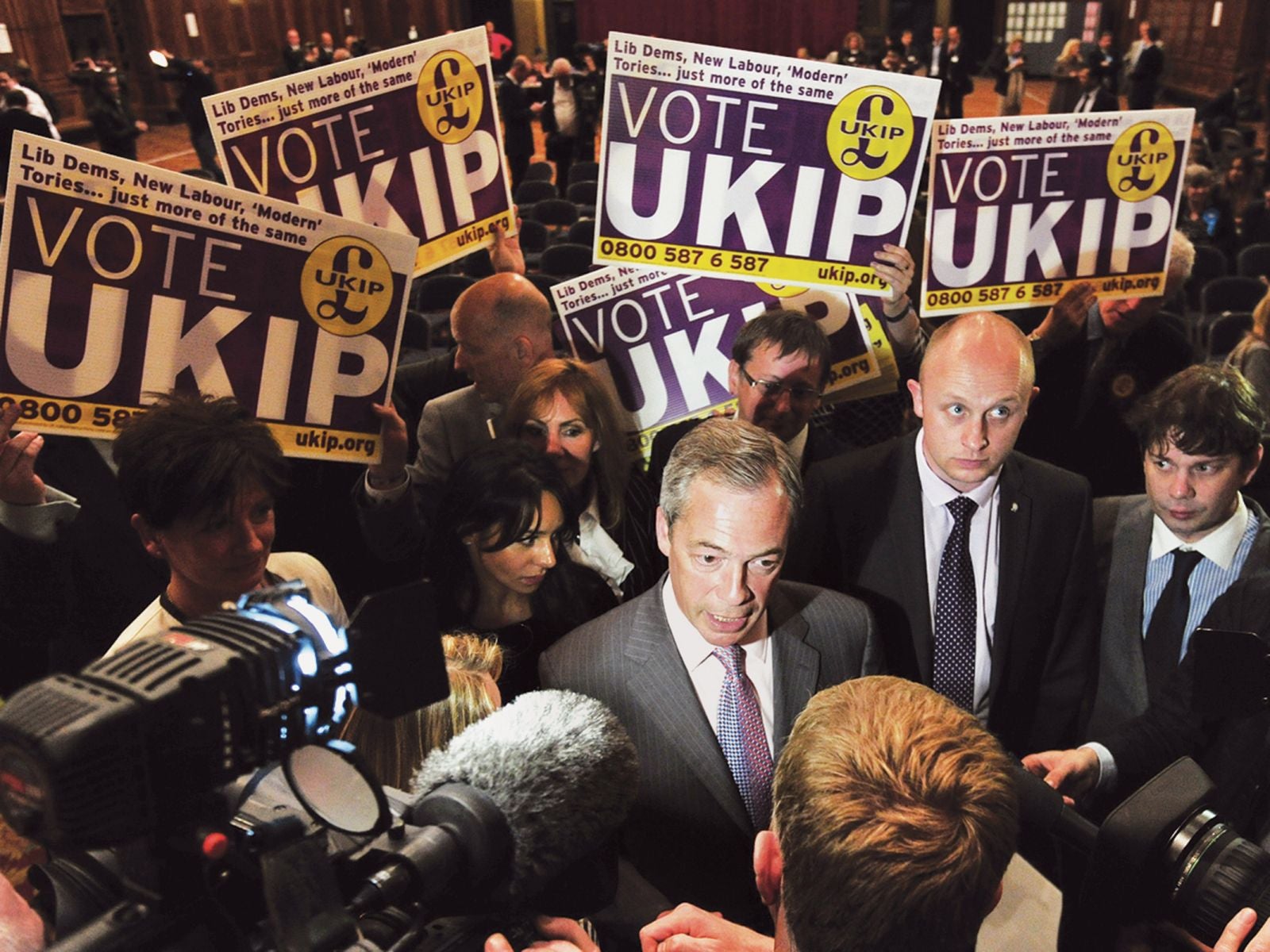 The bigger problem is an overwhelming sense that our globalised elites have broken free from national loyalties, leaving the middle classes struggling to make ends meet in nation states they no longer control. Until mainstream politicians learn how to grapple with that feeling, they will not be able to tackle the anti-politics mood that is sweeping Europe.

Mark Leonard is a founding director of the European Council on Foreign Relations (ECFR), the first pan-European think tank.