James Mitchell suffered from bulimia nervosa. He would eat around 15 packets of crisps in the space of 20 minutes and in an effort to control his fluctuating weight, he would then vomit. “It’s insane. It’s more food than anyone could possibly need or want. Binge eating is like any addiction: when the mood strikes you just want to consume everything in sight,” explained James over the phone. He’s currently revising for finals, so apologises throughout for “mumbling”. During his struggle with the eating disorder – which he has still not fully recovered from – his girlfriend ended their relationship after becoming increasingly concerned about his health.

One evening when James was in a nightclub in Cambridge with his friends he sneaked off to the toilet in order to purge, somewhat of a routine for him. By this point he had been bulimic for almost a year and a half. When pulled from the toilets by the bouncer he explained the situation, and for the first time openly confessed his bulimia. A week or so later, James was forcibly ejected from the toilets of the same club and called a “bulimic twat” by security. They presumed he was purging, when in fact he had just gone to relieve his bladder.

“I was shocked. I hadn’t shared this information with anyone else,” James says. “Then the insults turned nastier, they started to get homophobic.

“Back in the early days when I admitted to having an eating disorder, even girls were shocked. It’s not very attractive. I think women in particular give each a lot more support with the issue,” he says.

The NHS estimates that a fifth of the 1.6 million Britons suffering from some form of eating disorder are male. Yet new research by academics published in the BMJ Open journal claims that young men who suffer from disorders including anorexia are “underdiagnosed, undertreated and underresearched”. The researchers from the University of Oxford and University of Glasgow interviewed 39 young people aged between 16 and 25, including 10 men, about their experiences of diagnosis, treatment and support for eating disorders. According to the study it is partly due to men being unaware of the symptoms, despite purging, not eating for days and obsessive calorie counting. One of the participants, who described himself as “one of the lads”, said he thought eating disorders only affected “fragile teenage girls”.

“Our findings suggest that men experience particular problems in recognising they may have an eating disorder as a result of the continuing cultural construction of eating disorders as uniquely or predominantly a female problem,” said Dr Ulla Raisanen and Dr Kate Hunt in the BMJ Open.

An eating disorder doesn’t consider your gender. It is indiscriminate. It is society, along with its tedious gender norms, that has exclusively associated eating disorders with the fragile teenage girl or the starving model eating tissue to preserve a size zero figure. What doesn’t come to mind is the young male bingeing in the dark, on his own, with four or five large pizzas and then purging into the toilets of a nightclub. We need at all costs to break the stigma attached to male eating disorders if we are to avoid a silent epidemic.

In 2008, the former deputy prime minister, John Prescott, was praised for his courage to confess his two decade-long battle with bulimia. He binged on burgers, crisps, fish and chips until he had the pleasure of feeling full. And then he would vomit. Prescott’s confession did much to address the shame associated with male eating disorder, yet his efforts were constantly undermined by comedians constructing cheap one-liners that dismissed his eating disorder as gluttony and suggested he failed at being bulimic because of his weight. It is a myth that all bulimia sufferers are a size zero: somebody who is overweight when they develop an eating disorder will hold on to that weight. 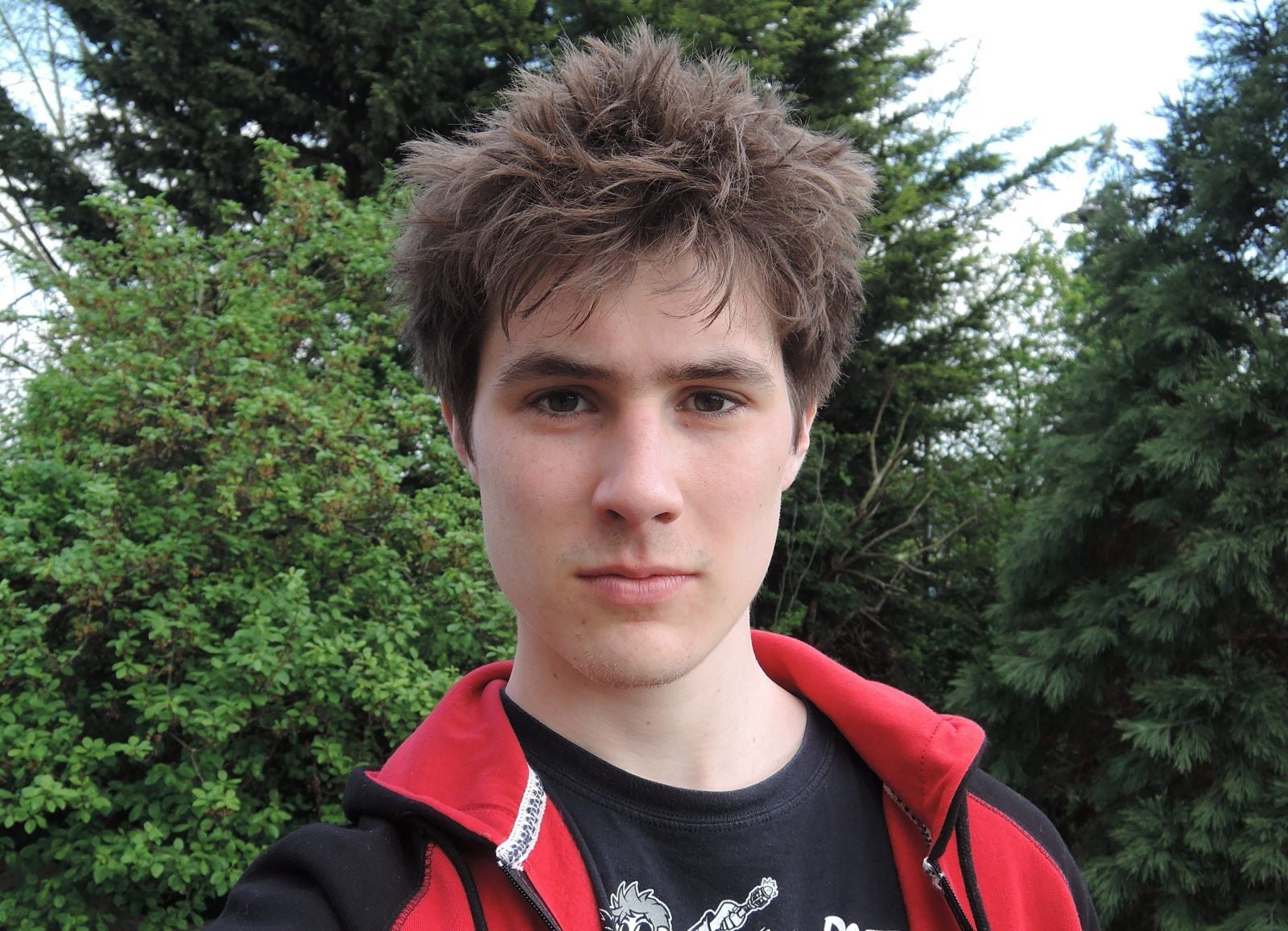 Hugh Smith suffered from anorexia nervosa in his early twenties.

Hugh Smith, who is now 23, suffered from anorexia nervosa. “I would run obsessively for an hour everyday to the point where I would be exhausted. I had no energy at all,” explained Hugh over coffee in Camden Town. He believes his anorexia started during his first year at the University of Birmingham and spiralled out of control during his third year, which he spent in Redon, a small town in the north-west of France. His alienation from his friends worsened his eating disorder. “It was the sort of provincial town where once you get to 18 you head off to a city. So there were very few people around to notice any change.”

It wasn’t until Hugh returned from France after losing a substantial amount of weight that his mother (luckily a mental health nurse) spotted the problem. “Men who have eating disorders are not likely to boast about it,” says Hugh. “It’s very easy to read the message in the media that everyone is overweight so everyone must lose weight. For someone who doesn’t have the weight to lose that’s a very dangerous message.”

“When I was diagnosed, it felt like a relief. To actually have a label for it and make it something I could envisage or conceptualise, that made a big difference. It became something I could latch on to and begin to deal with it. Before the diagnosis, I had no idea. It was like a bolt from the blue.

“Since I’ve gone through most of the process of recovery, I have more energy and I’m more able to live my life,” he explains.

The charity BEAT claims that anorexia in the UK has the highest mortality rate of any psychiatric disorder, from medical complications associated with the disorder as well as suicide. BEAT also estimates that 20 per cent of those who suffer will die prematurely from their illness. In 2011, the NHS reported that the past decade had witnessed a 66 per cent jump in hospital admissions in England due to poor eating habits among men.

The fact that male eating disorders are so little discussed compounds the problem: the issue has been stigmatised to the point that eating disorders are seen as a female affliction – never mind the strangeness of the idea that there can even be such thing as a feminine mental health condition. Society views the young male devouring four or five large pizzas before purging as a behavioural choice rather than a mental health issue. Overeating and bingeing is seen as amusing and funny. It is a necessity for men to speak out and break the taboo of male eating disorders in order to save lives; we need more young men like James and Hugh to come forward with their stories and provide a lifeline for those in need.