A column in the Times yesterday by Rachel Sylvester suggested that senior Conservatives are pushing for an above-inflation rise in the National Minimum Wage (a move also suggested by Ed Miliband). MPs Oliver Letwin, Matt Hancock and Robert Halfon, plus think-tanks the Policy Exchange and Bright Blue are said to be keen, with George Osborne also persuaded of its political as well as economic merits. Increasing low wages fits the party’s core narrative of making work pay. It also chimes with an emerging argument that continuing to subsidise employers through in-work benefits is unsustainable (see Hancock’s speech to the Resolution Foundation last year as well as the DWP quote in today’s piece).

It seems obvious that raising the minimum wage (like increasing take up of the Living Wage) would reduce in-work poverty by increasing overall household incomes. But it is worth pausing for a minute to assess exactly how much we should expect such policies to achieve; and what else is needed to tackle very high levels of in-work poverty.

New figures calculated by the New Policy Institute for JRF show that 44% of adults in working poverty aren’t low paid themselves and don’t live with anyone who is. For nearly half of those in in-work poverty, all of the adults in the household earn more than around £7.40 (the UK living wage is currently £7.65 per hour), 45% live in households where one person is low paid, and 12% live in a family where everyone is low paid. 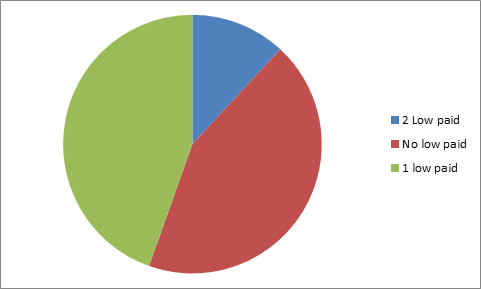 What Rishi Sunak and Liz Truss are getting wrong about Brexit

For non-low paid people in working poverty, it is the amount of work that seems to matter. Nearly half are in households where one person works and one doesn’t. Almost two-fifths only have part time workers. 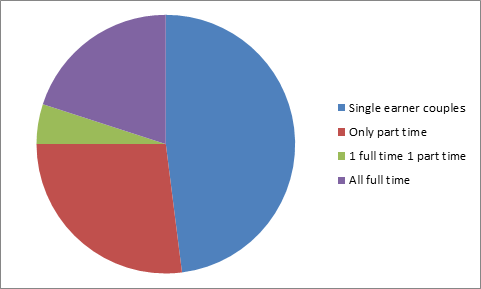 For the other 56% of adults in working poverty, at least one person in the household is paid less than £7.40 per hour, so improving pay could have a significant impact. However, even among this group, more than two thirds are in families where everyone works part time and almost a fifth are in one earner households. 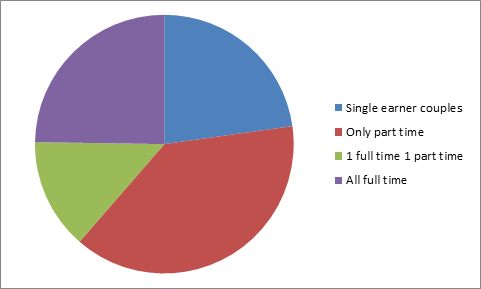 We can expect that improved pay at the bottom end of the labour market would have a direct impact on just over half of households in working poverty (as long as these increases were not immediately deducted through the tax and benefit system). We might also anticipate indirect benefits in terms of increasing the perception of work paying and perhaps even stimulating some employers to make better use of the skills of some of the workers they are now having to pay more (although these effects are much more unpredictable).

However, there are at least four other steps that need to be put alongside a commitment to either stepping up increases in the minimum wage or encouraging employers to pay the living wage in order to create a convincing approach to in-work poverty:

• Change the benefits and tax systems to make it more worthwhile for second earners to work more hours.

• Improve the quality of part-time jobs.

As we face up to a 16 month lead-in to the next election, the parties will compete for the best package to helping working families stuck in poverty. With 6.7 million people in such households, the party who comes up with the best offer might just end up the winner.

Helen Barnard is the associate director at the Joseph Rowntree Foundation.