The debate on Newsnight last night about drug courts – special courts where the presiding magistrate is a recovering drug addict, and which shows more empathy to addicts than the normal criminal justice system – was derailed by the presence of Peter Hitchens, who called addiction a “fantasy”.

The actor Matthew Perry (known most famously for playing Chandler on Friends) was an advocate for the courts “because they work”, while Hitchens was opposed, on the grounds that the idea is “seeking to fail”. He found the idea of a judge “wearing tracksuit bottoms” and “being matey with the defendants” particularly irksome. “It doesn’t do anybody any favours to try and be nice,” he said. 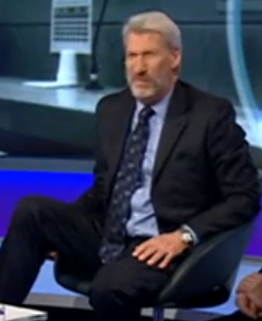 Poor Baroness Meacher – who chairs the All-Party Parliamentary Group on Drug Policy Reform – was probably included to represent the middle ground, but ended up mostly being talked over. Hitchens was adamant that drug users have control over their actions and compared the characterisation of addiction as a disease to the former psychiatric classification of homosexuality as a disease in the 1970s, to the bewilderment of both Meacher and Perry, who compared Hitchens’ stance to “saying Peter Pan is real”.

For the record, physiological and psychological addictions are well-documented and have been studied extensively in the medical literature. While there are critics of the characterisation of addiction as a disease, they do not represent the consensus.