As the amount of consumer data in the world proliferates like bacterial mass in a petri dish, companies expect to see more and more of it before committing to advertising spend.

Rather than just plastering brand names on any physical space and hoping for the best, marketers need hard, numerical reassurance from media platforms to prove their campaigns will deliver the right return on investment.

Measured talk of “bang for yer buck” has been de rigueur for some time in the world of online advertising, where the nature of the medium has afforded advertisers increasingly precise information on who is clocking their brand, when they are doing it, and what their online habits are.

But until now, meatspace marketing has largely relied on best guesses to calibrate public exposure to ads.

Enter Lord Sugar and Amscreen, the digital signage business he chairs, which is rolling out the dystopic-sounding OptimEyes system to its 6,000 display screens worldwide. OptimEyes screens will watch you as you watch them; analysing your face and recording for advertisers your age, gender, location and hunger for emptying your wallet.

The type of technology we all thought was desperately creepy when it started appearing in living room corners via the Xbox Kinect add-on is now actively evaluating our commercial potential, rather than just animating charming cartoon homunculi of us in pretend sports.

When we gaze into the abyss of direct marketing, it will now gaze back into us. And it will come to know us.

While OptimEyes is a fantastic business idea, and has the potential to revolutionise display advertising if it works as claimed, I would hope we can all come to the further consensus that it feels downright bone-deep horrible.

Particularly troubling is the system’s ability to tell the sex of the person glancing at an ad. Gender-focused advertising is one of the great enablers of sexism as a societal norm, and this sort of scrutiny will only give advertisers more reason to presume our wants and needs based on our groinal architecture.

But there is a way round this.

A friend of mine, frothing with irritation at the saccharine weight-loss marketing that Facebook thought someone of her chromosomal persuasion would be desperate to see, recently changed her status to Male.

Immediately, everything was paintball weekends, virile deodorant, and diagrams showing her how to make her lower body look like two yorkie bars wrapped in parma ham. It was no better, but at least less presumptive and personally condescending.

Her small but perfectly formed act of rebellion came to mind when reading about OptimEyes, and gave me a flash of inspiration regarding how to stop this new technology dictating The Way The World Works.

Every member of the British public should carry one of these in a pocket, ready to slap it on and stare directly into the camera as they pass an Amscreen monitor: 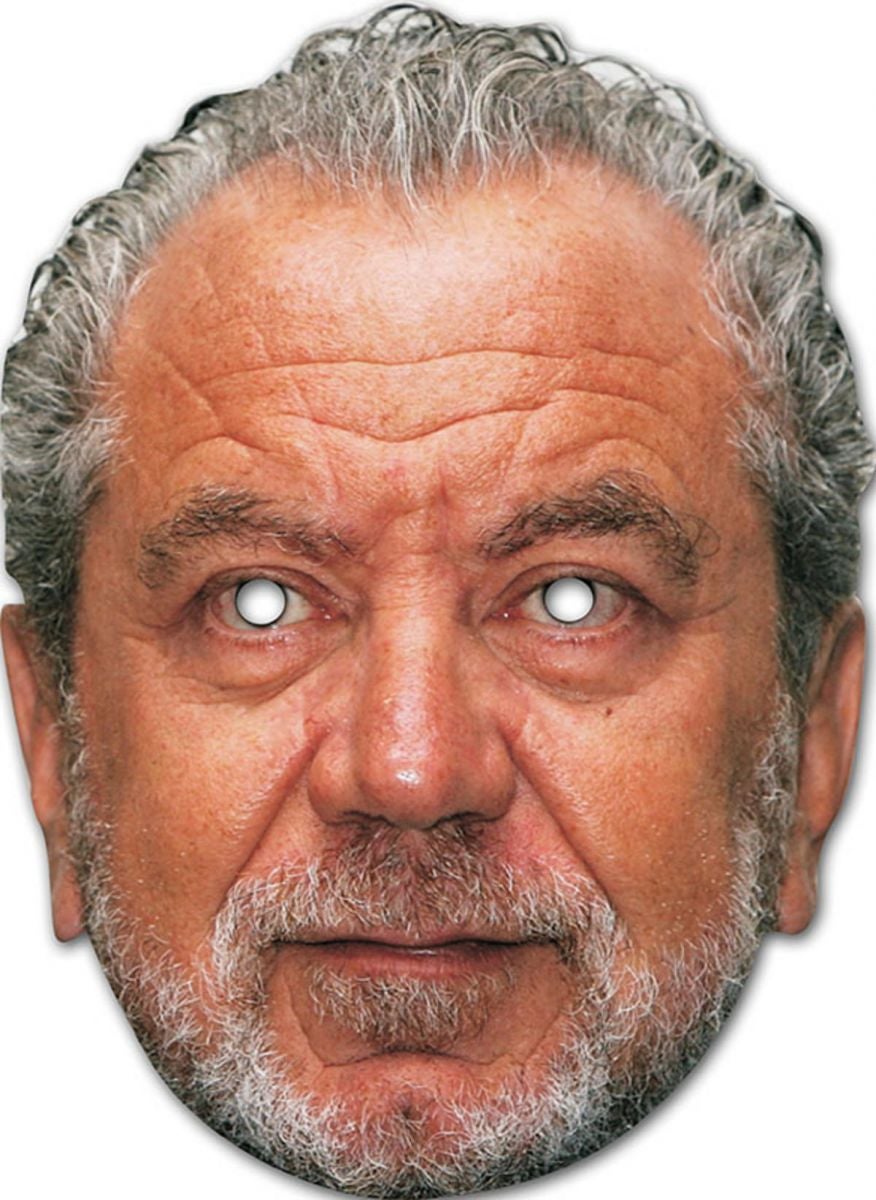 Then, like Medusa looking into her own petrifying reflection in Perseus’ shield, Sugar’s abyss can gaze right back at its own mug.