The Foundations of Modern Terrorism: State, Society and the Dynamics of Political Violence
Martin A Miller
Cambridge University Press, 306pp, £18.99

Calling up an image of pervasive mistrust and violence reminiscent of the totalitarian states of the last century, a celebrated historian records how many people “became informers even on trivial matters, some openly, many secretly. Friends and relatives were as suspected as strangers, old stories as damaging as new. In the main square or at a dinner party, a remark on any subject might mean prosecution. Everyone competed for priority in marking down the victim. Sometimes this was self-defence but mostly it was a sort of contagion.” 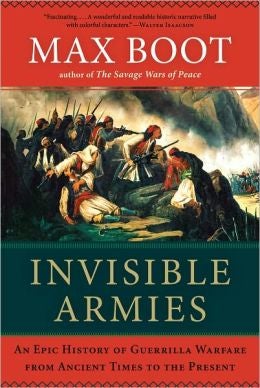 This sounds like a description of the frenzied denunciations of Mao’s Cultural Revolution, an impression reinforced when Martin A Miller, who cites the passage, writes: “Denunciations were frequently followed by suicide, to avoid the public spectacle of a humiliating trial in which one’s entire family could be ostracised or exiled.” Yet the great historian was not writing about the 20th century. The passage comes from a chapter on the emperor Tiberius in The Annals of Imperial Rome by Gaius Cornelius Tacitus (c.56-117 AD), who entitled this chapter “The Reign of Terror”.

For Miller, Tacitus’s account illustrates a fundamental truth: political violence is per – ennial and any regime can become a vehicle for terror. We have come to think of terrorism as a type of insurgency in which disaffected groups operating beyond the control of any government use violence to attain their ends. In reality, it is states that have been the chief agents of terror:

In any historical statistical investigation,  the results clearly show exponentially more victims of state political violence than the number of those wounded, tortured and killed by insurgent movements in all categories. During the 20th century alone, states were responsible, directly or indirectly, for over 179 million deaths, and this does not include the two world wars, the Nazi Holocaust and the atomic bombing casualties in Japan.

Following the 9/11 attacks, terrorism has been seen as an assault on democracy and liberal values. As Miller points out, history tells a different story: “Every kind of government (not every government), whether authoritarian or democratic, has been complicit in terrorising its own citizenry in various ways at some point in its history.” 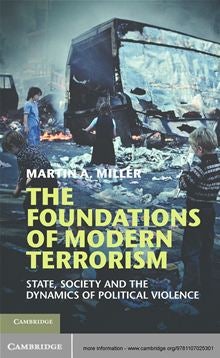 During any discussion on the subject, someone is bound to say that one person’s terrorist is another’s freedom fighter. With its flip relativism, it is a cliché that does nothing to explain why terrorism remains such a slippery concept. We may agree in thinking of terrorism as a type of political violence but that is where the consensus ends. Tiberius turned the state of Rome into an instrument of terror for a time but he was not a terrorist, if that means someone who practises terror as a method of unconventional warfare.

Yet lumping together every kind of irregular warfare into the category of terrorism, as is often done today, blurs the difference between those who have used terror as a tactic in guerrilla warfare (such as Native American tribes in their resistance to settlers) and networks such as al-Qaeda that have opted for terror as their sole strategy. Then again, there is a difference between states that have practiced terror at some time in their history and states whose very existence is based on terrorising their citizens.

Terror has served many kinds of goals and values, including some that are lauded as thoroughly progressive. As Miller astutely notes, “The watershed moment in which terrorism entered the politics of modern Europe was during the French Revolution when ordinary citizens claimed the right to govern.” When the Jacobin-controlled Committee of Public Safety inaugurated a selfproclaimed “Reign of Terror” in post-revolutionary France, it believed that terror was morally benign. As Robespierre put it: “Terror is merely justice, prompt, severe and inflexible. It is therefore an emanation of virtue and results from the application of democracy to the most pressing needs of the country.” For his comrade-in-arms Saint-Just, terror was not just a defensive reaction against enemies of the revolution. It had to be applied throughout society: “You must punish not only traitors but the apathetic as well; you must punish whoever is passive in the republic . . .”

Punishment in the Reign of Terror was administered by the guillotine, a novel technique of decapitation devised and promoted by the medical reformer Joseph-Ignace Guillotin as being more humane than other methods of execution. Guillotin hoped capital punishment would eventually be abolished but the beheading machine he invented was used to end the lives of some 20,000 people during the year of the Terror (1792- 93). Mass-produced and distributed around the country, the new device was one of several techniques of large-scale killing that, in the years that followed, produced around 200,000 to 300,000 casualties (in a population of about 28 million) in the Vendée and elsewhere in France.

If the Jacobins viewed terror as a benign type of state violence, for a subsequent generation of revolutionaries, terror was a method of resistance against the violence of the state. In The Terrorist Struggle, an influential pamphlet that was introduced as evidence in the trial following the assassination of Tsar Alexander II in 1881, a member of the radical group People’s Will argued that mass revolutionary movements should be replaced by small groups carrying out targeted killings of government officials.

Later, Lenin – who in August 1918 was himself badly injured in an attempted assassination by the Social Revolutionary Fanny Kaplan – argued against this view in favour of the Jacobin idea of state terror, which he implemented when in power. Yet Lenin was at one with his would-be assassin in regarding political violence as a purifying force that could create a society better than any that had hitherto existed.

As Miller explains in his admirably lucid and comprehensive analysis, elements of these two conceptions are blended in Islamist terrorism today. An academic historian specialising in Russian revolutionary movements, he shows how medieval religious defences of tyrannicide evolved into secular justifications of political violence in modern European nationalism, fascism and communism. As he notes, some of these conceptions have resurfaced among Islamists. The cali – phate envisioned by al-Qaeda sounds like a medieval revival but it “would have to involve many governmental institutions carrying out Islamic policies, including the repressive security apparatus so familiar to the modern secular state it was designed to replace”.

It is not just the repressive apparatus of modern western states that Islamists have found themselves emulating. The Egyptian Sayyid Qutb (1906-1966), a widely influential member of the Muslim Brotherhood who was executed by Gamal Abdel Nasser, propagated a vision of the positive role of political violence in creating a new, semi-anarchic and harmonious society that owed more to Bakunin and Lenin than to medieval Islamic theology. Dreaming of returning to theocracy, Islamist ideologues and their followers are more modern and more secular than they – or their western opponents – care to admit.

Like the anti-colonial movements that came before them, Islamist movements are in many ways creations of the modern west that they so adamantly oppose. They have a far larger mass following than anarchist and Bolshevik movements ever did. Yet here, again, the west has been formative. Today’s violent jihadism has complex origins but probably none is as important as the war that followed the Soviet invasion of Afghanistan. Entering the country in 1979 on Christmas Eve, Soviet forces aimed to prop up the communist regime that had seized power a year before and whose modernising policies had alienated much of the population. The effect was to trigger a holy war in which the jihadists had the backing not only of Pakistan and Saudi Arabia but also the US.

As the former editorial writer at the Wall Street Journal Max Boot writes in Invisible Armies, “In the 1980s American aid went to many hard-line Islamists who would one day become America’s enemies . . . This was a particularly notable but hardly unique example of ‘blowback’.” When the Soviets finally admitted defeat and withdrew in 1989, it was only after they had waged a campaign of terror that killed more than a million Afghans, forced five million to flee the country and internally displaced another two million. The eventual result was rule by the Taliban, orphans of war who in 1996 entered Kabul and imposed a fundamentalist regime without precedent in Afghan history.

Nearly all of the world’s wars, Boot notes, are now of the irregular, unconventional kind that defeated the Soviets. He sees Soviet defeat and the long conflict that followed as illustrating “the power of the weak” – the inability of powerful states to defeat guerrilla fighters. Given Boot’s earlier views, this is an interesting judgement. Writing in 2001 in the neoconservative Weekly Standard, he argued, in an essay entitled “The Case for American Empire”, that the only effective response to terrorism was for the US to “embrace its imperial role”. “Ambitious goals such as regime change,” he declared, “are also the most realistic.”

Recognisably hubristic at the time, triumphalism of this kind is absent from the current volume, a cool and balanced account ranging from prehistory through ancient China to the Ku Klux Klan – “one of the largest and most successful terrorist organisations in history”– to Hezbollah, Hamas and Chechnya. Unlike Miller, Boot chooses to exclude state terror from his account, while at times discussing terrorism and guerrilla warfare as if they were one and the same. Both moves are questionable but Boot makes an important point when he notes that irregular warfare was the norm for almost all of human history. A by-product of the modern state, industrial-style conventional war between professional armies of the sort that dominated the first half of the last century has become rare as nuclear weapons have made such wars more dangerous and states have lost their monopoly of violence in many parts of the world.

What Boot fails to do is explore how western policies have fuelled the rise of unconventional warfare. In practice, regime change has resulted in the creation of a succession of ungoverned spaces. First in Iraq and then Libya, western intervention has toppled tyrants only to create a weak or failed state in which Islamist parties and militias are the most powerful forces. The jihadist advance in Mali and Algeria is a knock-on effect of the overthrow of Colonel Gaddafi that he himself predicted. “Free Benghazi” is now unsafe for citizens of the countries that toppled the tyrant. One might think that this would chasten supporters of regime change but the itch to intervene seems irresistible and, in Syria, the problem is not Islamist blowback but the west’s active support for the Islamist insurgents. Almost certainly, the result will be a longer, bloodier war, possibly spreading throughout the region, in which Syria becomes one more failed state or else a hostile fundamentalist regime.

Happily, we hear little these days of the absurd “war on terror”. Policies, however, have changed much less than rhetoric and the delusion still prevails that terrorism is an evil peculiar to anarchic networks and rogue states. Amorphous and continuously shifting shape, it is a permanent but not unmanageable threat to which the most effective response is better intelligence and security. Incessant military intervention only shows how far our leaders are from grasping the intractable realities of human conflict.

John Gray is the New Statesman’s lead book reviewer. His latest book, “The Silence of Animals: on Progress and Other Modern Myths”, is published by Allen Lane (£18.99)