When I got to page 306 of Grace Coddington’s memoir, I nearly cried with excitement. The cause was these lines: “In New York, I’m cat central: absolutely everyone calls me for advice. They call me if they need to find a vet or discuss their cat’s symptoms or get the telephone number of my cat psychic.” A cat psychic! Praise be. For more than 300 long, sterile pages, I had been waiting for the kind of class-A, uncut, high-street-value nuttiness that the fashion industry does so well but . . . nada. Just endless, meandering anecdotes about minor setbacks on photo shoots, short-lived marriages and photographers being a pain in the arse.

I had expected more from Coddington, who became a well-known face outside the fashion world with the 2009 documentary The September Issue. It was ostensibly a record of Vogue’s largest ever advertising-driven autumn special edition in 2007 but what emerged instead was a portrait of the relationship between Coddington, the magazine’s creative director, and its icy editor, Anna Wintour.

The documentary contrasted the two women, who both started at Vogue on the same day in 1988. There were many shots of Wintour, implacable behind sunglasses, sitting with barely concealed impatience while designers and underlings fluttered around her. The only person who confronted her was Coddington, who emerged as the creative whirlwind behind the fashion stories that are supposedly the magazine’s core (although the documentary made it clear just how much these are secondary to the advertisers’ needs). Visually, they were opposites: Wintour whippet-thin in pristine twinsets and $600 sandals; Coddington in clomping flats and black drapery, her hair a henna-ed exclamation mark surrounding her striking face. 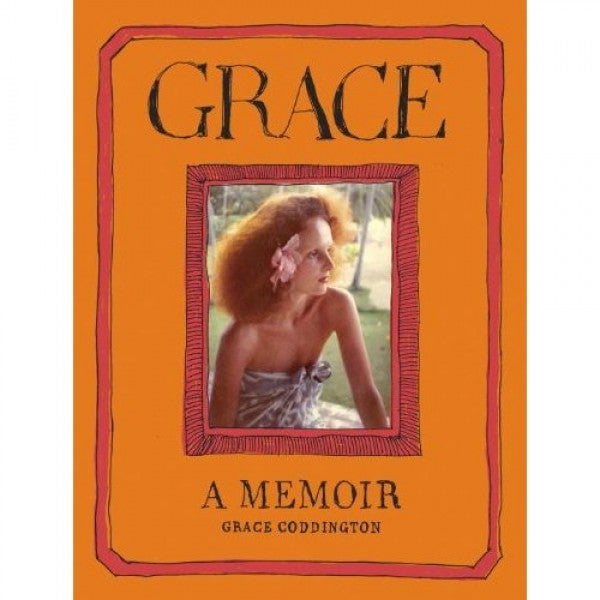 After the documentary, Coddington began to be recognised in the street and was signed up to write this memoir, an orange brick of a book stuffed with personal pictures, fashion photos and her illustrations. The trouble is, as Coddington admits in the endnotes, words just aren’t her thing. “I’ve barely read two books in my life that aren’t picture books,” she writes. A colleague, Michael Roberts, was drafted in to “bring my voice to life”; the result is that the passion and vivacity Coddington showed in The September Issue have been largely ironed out, like the crow’s feet from a supermodel’s face.

The raw material is there, but she seems incapable or unwilling to ponder its deeper significance, which is something of a failure for a memoir writer. For example, Coddington spent the 1960s as a model in London and Paris and the darker side of the fashion industry occasionally glimmers through. “After one wild night,” she writes, “I remember accepting a lift from Roman Polanski. He stopped short at his house and tried dragging me inside. I escaped, but had to walk the rest of the way back to my place.” Nothing more is said.

Later, when she is working at Vogue, Helmut Newton repeatedly hassles her to let him photograph her nude. Then, one day, he says: “You remember how I always wanted to do that nude before it was too late? Well, now it is.” Again, Coddington does not reflect: she moves on to write about the time Newton photographed Nadja Auermann as Leda, being raped by a taxidermied swan.

The shallowness is particularly galling as Coddington’s life has extraordinary moments. Her sister, Rosemary, became addicted to drugs and died, leaving Grace to care for her elder son, Tristan, now an orphan. The father of the younger boy, Finn, was still alive and so Finn departed to live with him. “I last saw Finn, who I believe is quite mathematically bright, at my mother’s funeral. He was 14 years old,” she writes. “I understand he still lives somewhere in Wales.” And so Finn leaves the story.

Eventually, Coddington’s crashing lack of interest in anything non-fashion-related begins to grate. On a trip to China in 1979, the main outcome of seeing first-hand the effect of communism on the country is that she ditches the “fanciful, brocaded chinoiserie-inspired clothes” she had brought for the shoot and instead dresses the model in the “plain, functional Mao suits in either khaki or blue”. It doesn’t do much to counter the criticism that the fashion industry regards other cultures as merely fodder for its dressing-up box (see also a “tribal” photo shoot later in the book showing a model with painted-on Polynesian tattoos).

My policy on this is that if you’re going to write about the fashion industry – which is beautiful and creative but also ludicrous, selfobsessed and politically unaware to the point of being offensive – without criticism, then go all out. As Tyra Banks would say, “Own it.” Yet Coddington doesn’t do this either (I suspect because her co-writer was savvy enough to cut out those bits). Hence my relief on getting to the cat psychic. That, at least, is well worth reading. I mean, the woman thinks she can talk to cats.