In the course of learning that Marvel Comics presents some great life lessons for people hoping to not drive a $40m company into bankruptcy, I also found out something less instructive, but more fun.

During their years as a publicly traded company, Marvel had to release quarterly and annual reports – which they did so in the form of short comics, featuring their characters fighting bad guys while speaking “to camera” about the companies finances. 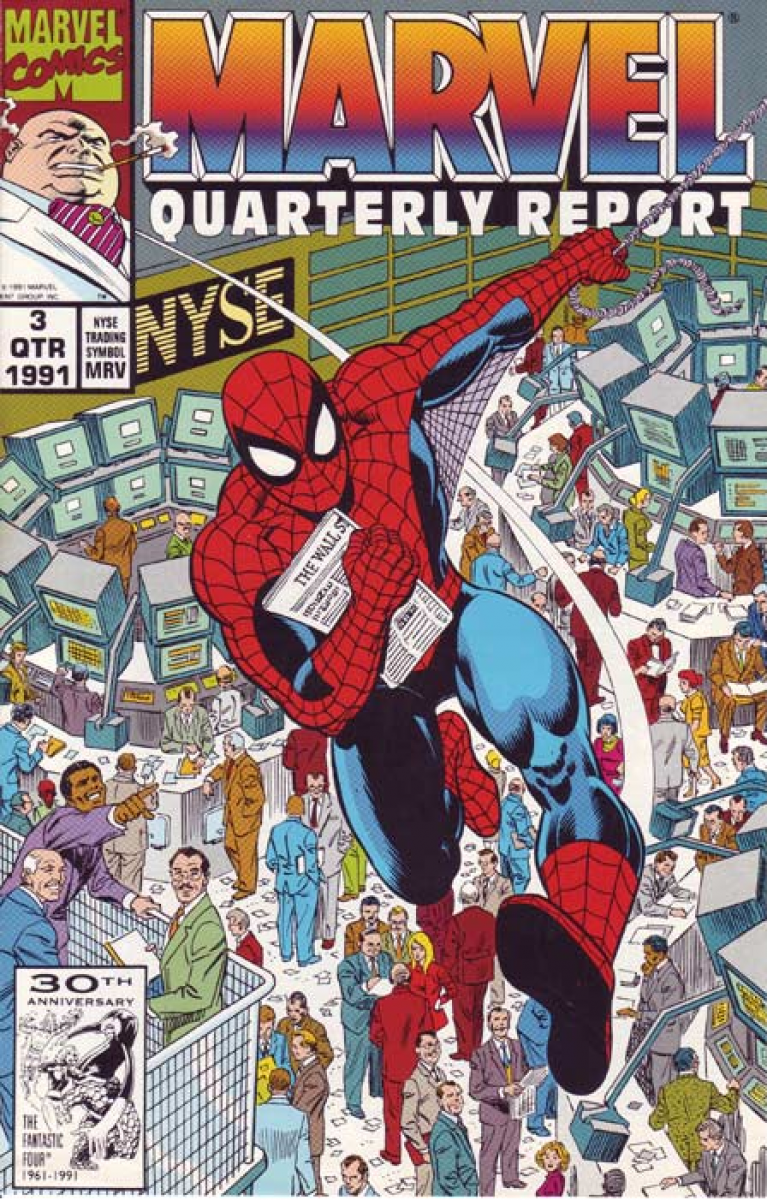 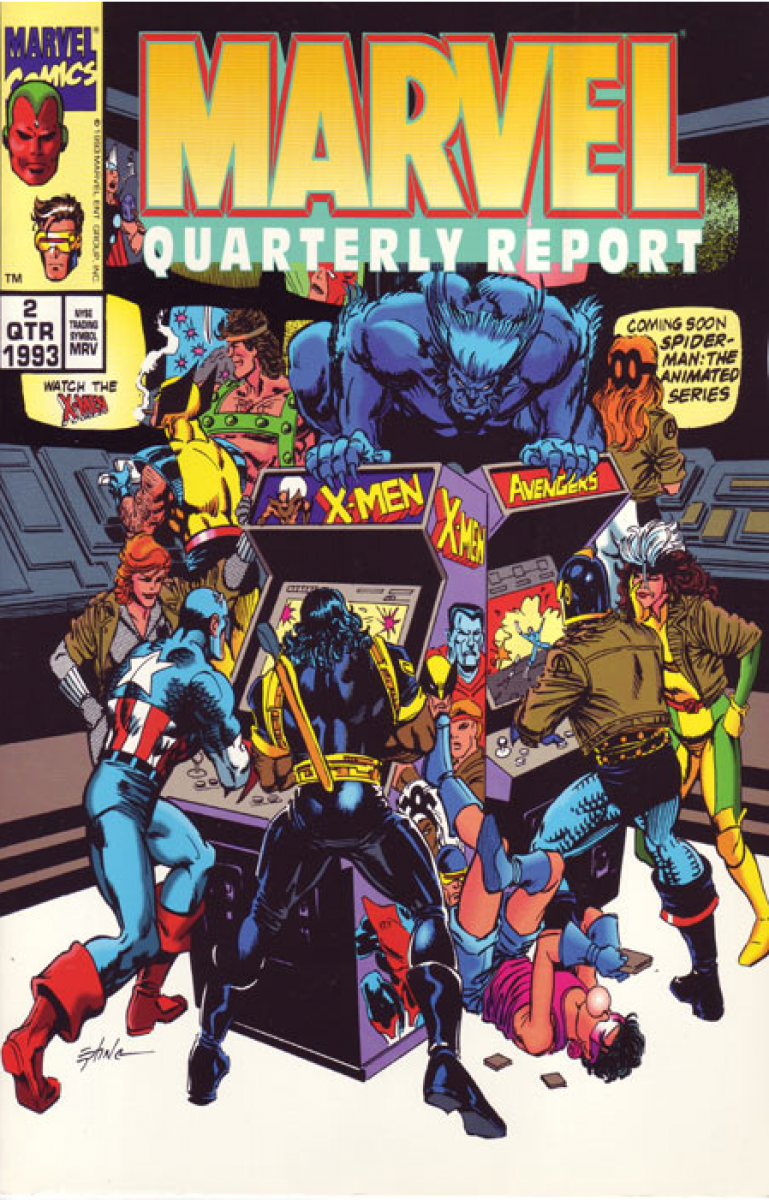 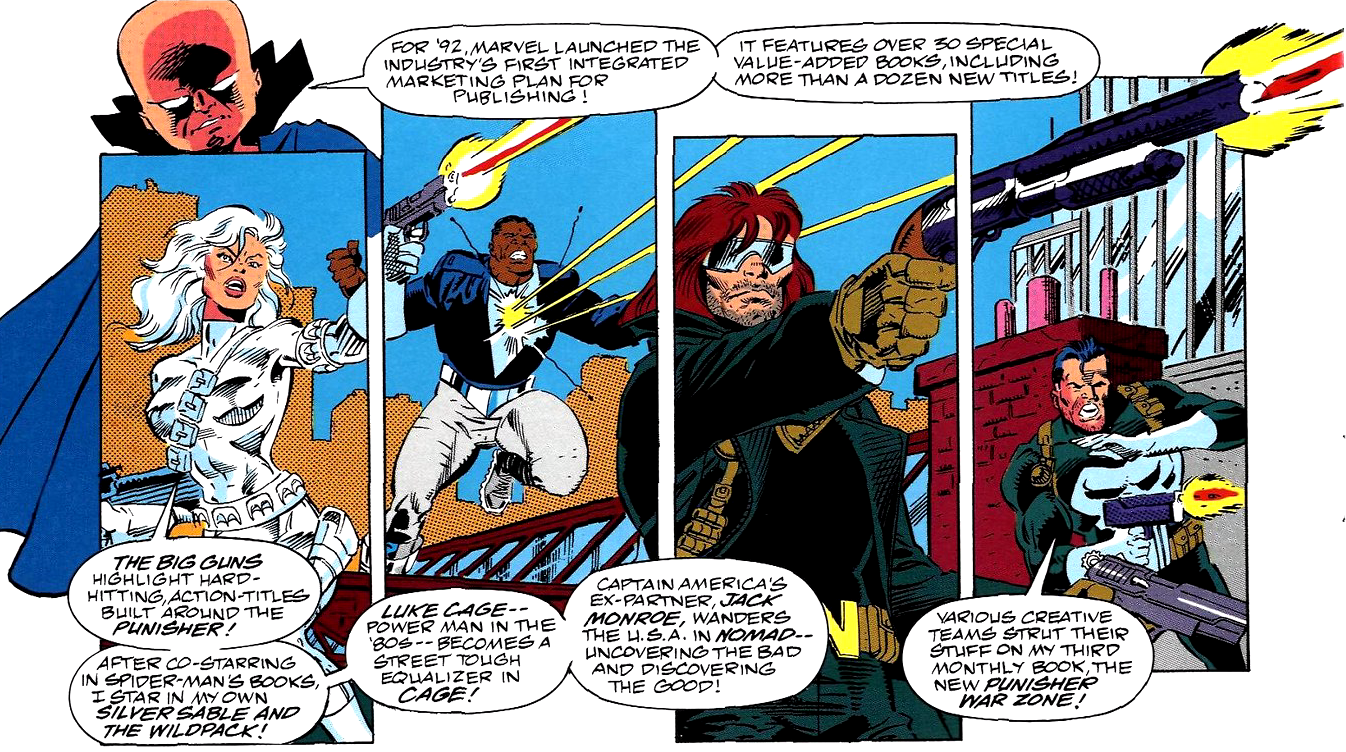 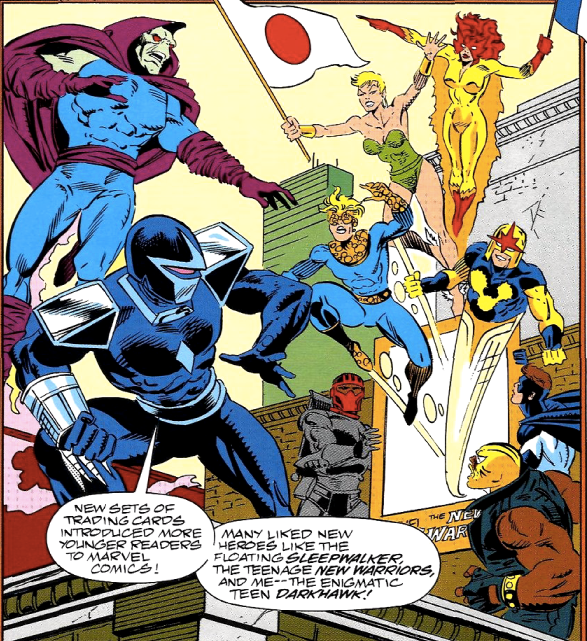