As if her tiny dolphin tattoo weren’t enough to prove her cool credentials, is it possible that Samantha Cameron is also a fan of Azealia Banks?

She followed that with this: 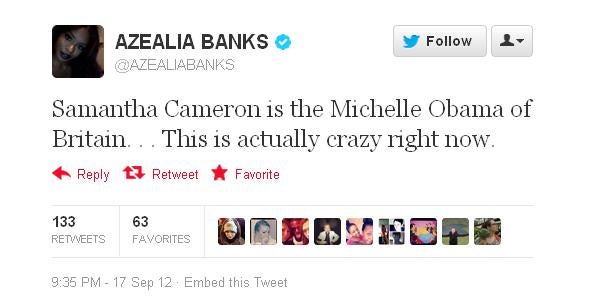 Just in case you’re not au fait with the hit parade, here is 212. It’s really good, if a bit . . . well, have a listen (maybe using headphones, particularly if you work in an office where people take exception to swearing or the lyrics “now she wanna lick my plum in the evening”)