The US has withdrawn non-essential staff from its embassies in Sudan and Tunisia, the Associated Press has reported. The move follows protests in Muslim-majority countries this weekend, galvanised by an anti-Islamic film made in the US. While some of the demonstrations have been peaceful, protestors have reportedly been killed and wounded in clashes with police in Sudan. Earlier this week, the US ambassador to Libya was killed, along with three others, in the eastern city of Benghazi.

Many demonstrators have referenced the film “Innocence of Muslims”, made by a Christian group in America, but there are suggestions that some unrest had planned before the release of the film.

US officials have said they believe outrage over the film may have been used by an extremist Libyan group, Ansar al-Sharia, as cover and a diversion for an assault on the Benghazi consulate that had been long planned for the 11th anniversary of the 11 September attacks. The president of the Libyan assembly, Yousef al-Megariaf, agreed. During a visit to Benghazi, he described the storming of the consulate as “pre-planned to hit at the core of the relationship between Libya and the United States”. Small anti-American demonstrations in Damascus and Tehran appeared to have been facilitated by the authorities there.

So far, protests have been reported in Tunisia, Iraq, Pakistan, Bahrain, Iran, Syria, Egypt, Turkey, Yemen, Jordan, Sudan, Palestine and India, with smaller demonstrations in Western countries such as Australia and Britain.

In Tunisia, cars outside the US embassy in Tunis were set on fire and protesters scaled its walls. 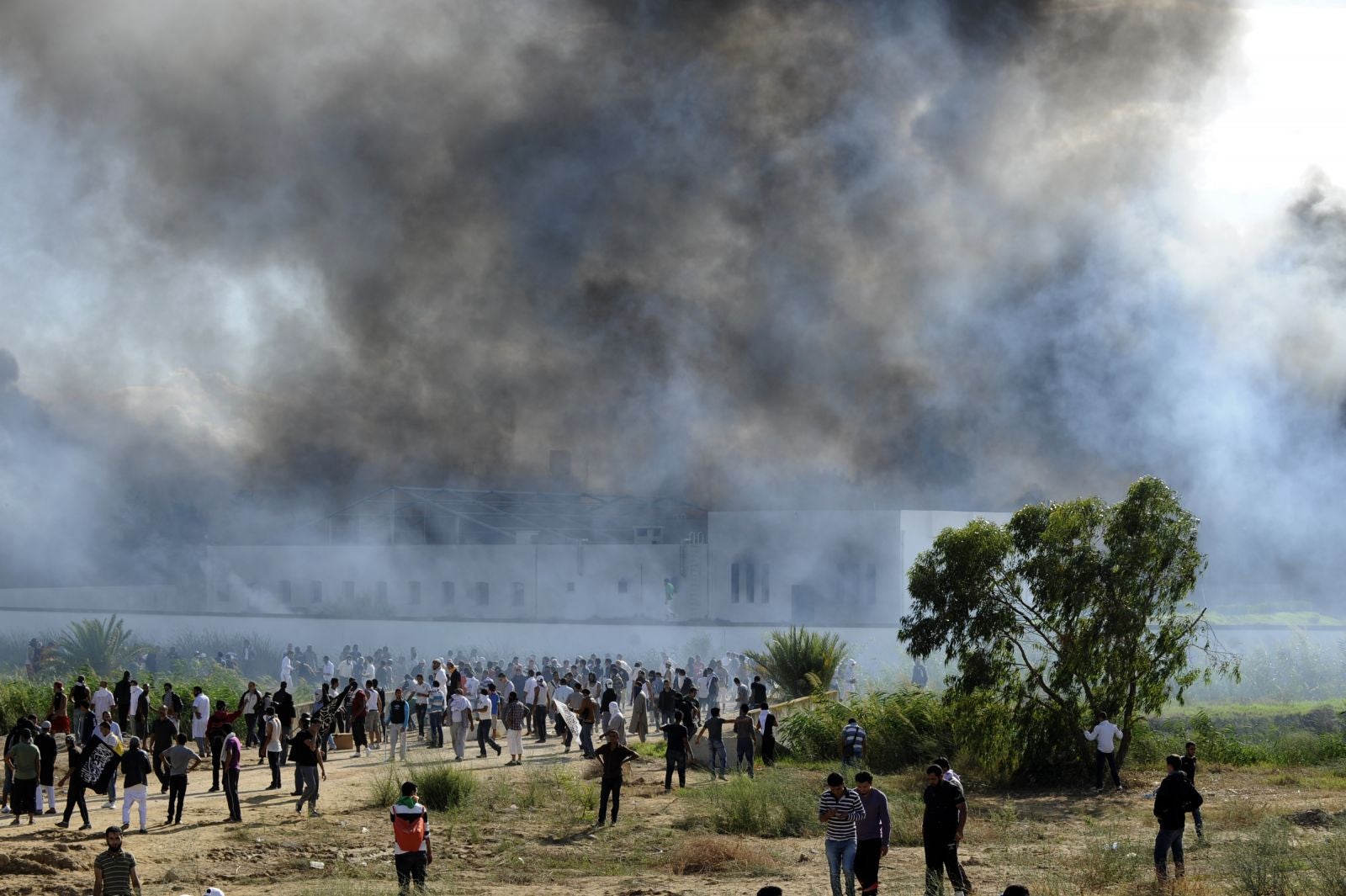 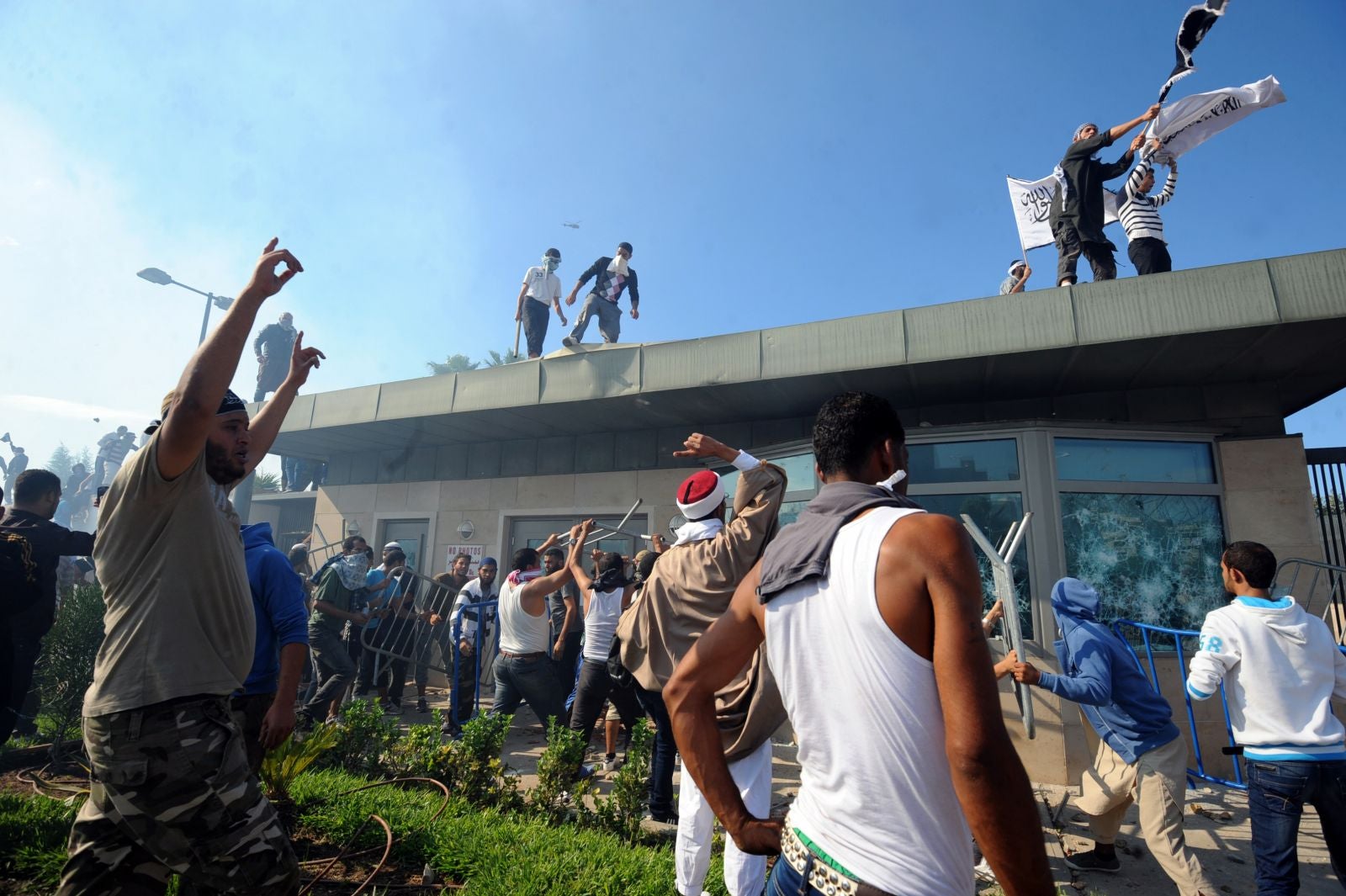 In Khartoum, Sudan, the German embassy was torched, and its diplomats took refuge in the British embassy next door. The foreign secretary, William Hague, said: “Sudanese police attended the scene, but demonstrators were able to break down a perimeter wall and cause minor damage to the compound. They did not attempt to gain access to the British embassy building.” 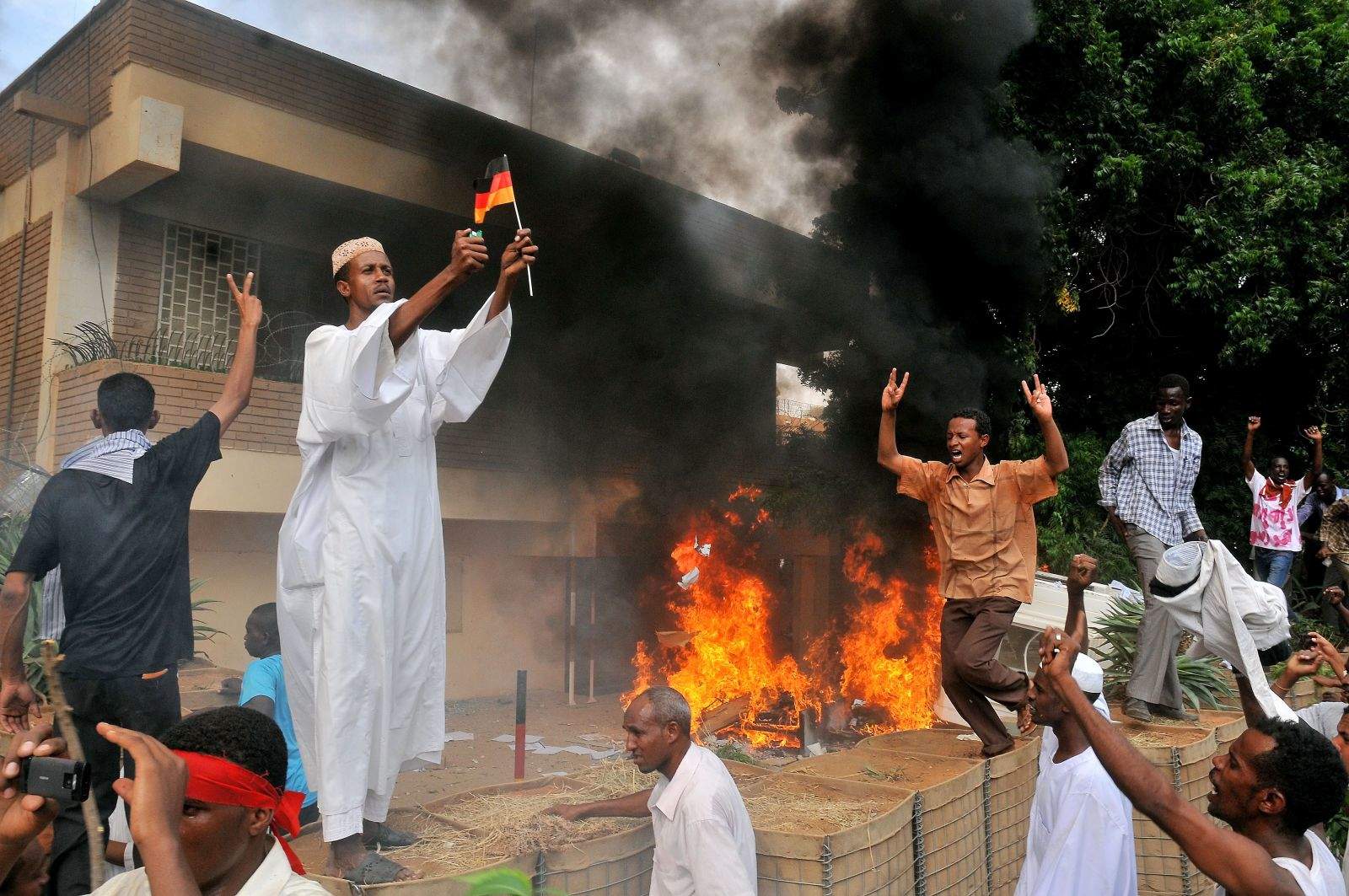 Protesters also attempted to smash the windows of the US embassy: 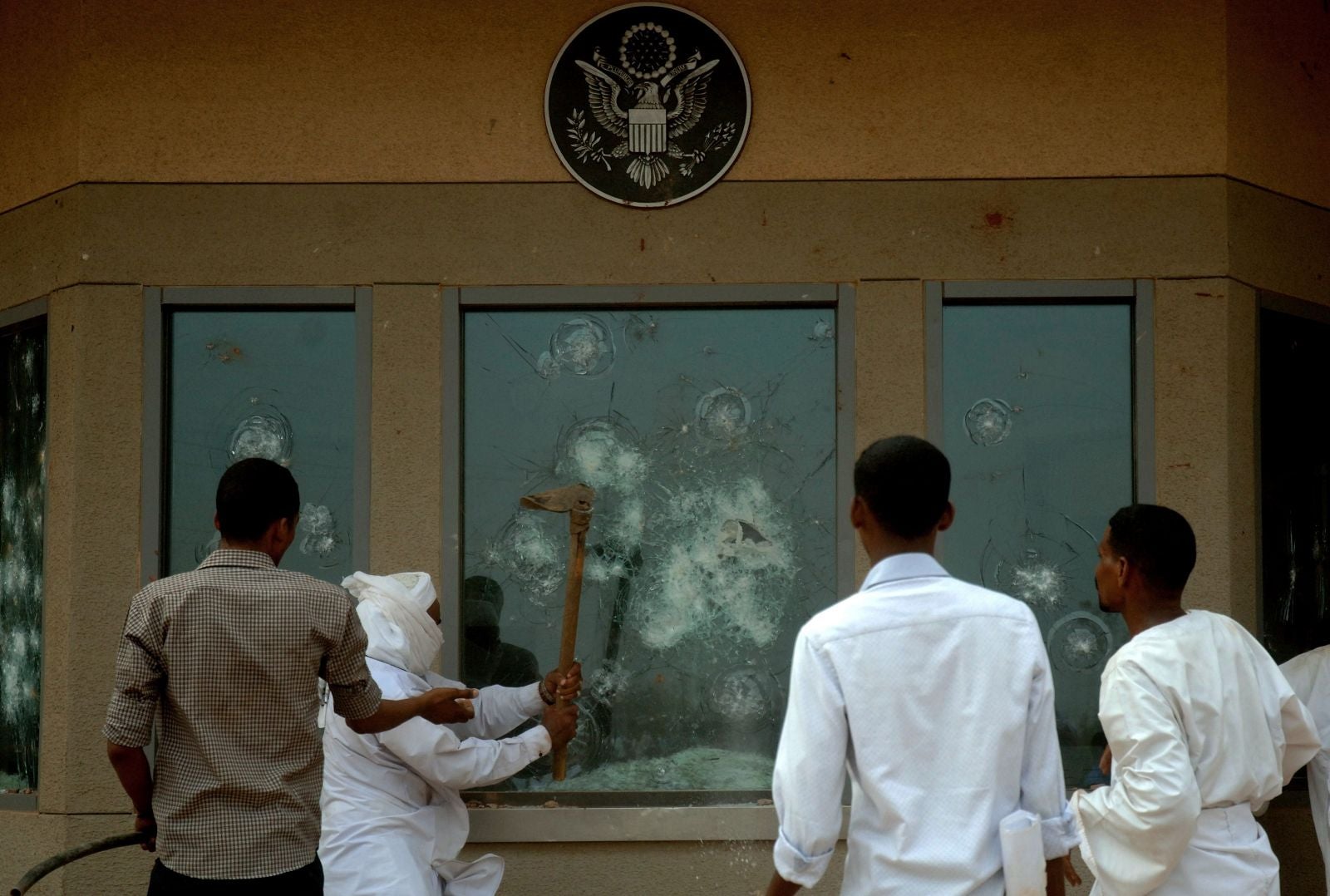 In Iran, Israeli flags were burned alongside US ones, and women held up anti-Jewish placards: 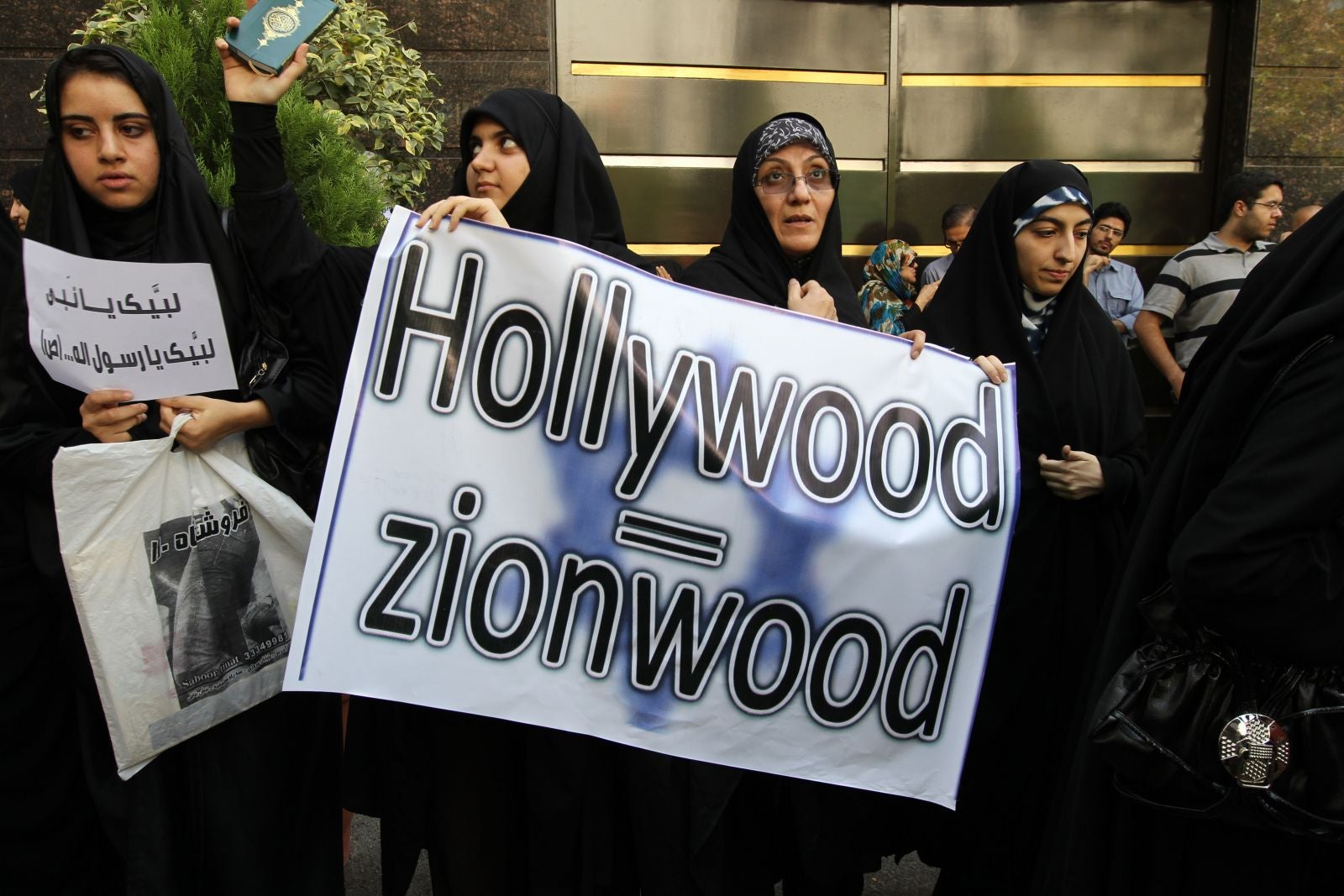 There were similar scenes in Kut, Iraq: 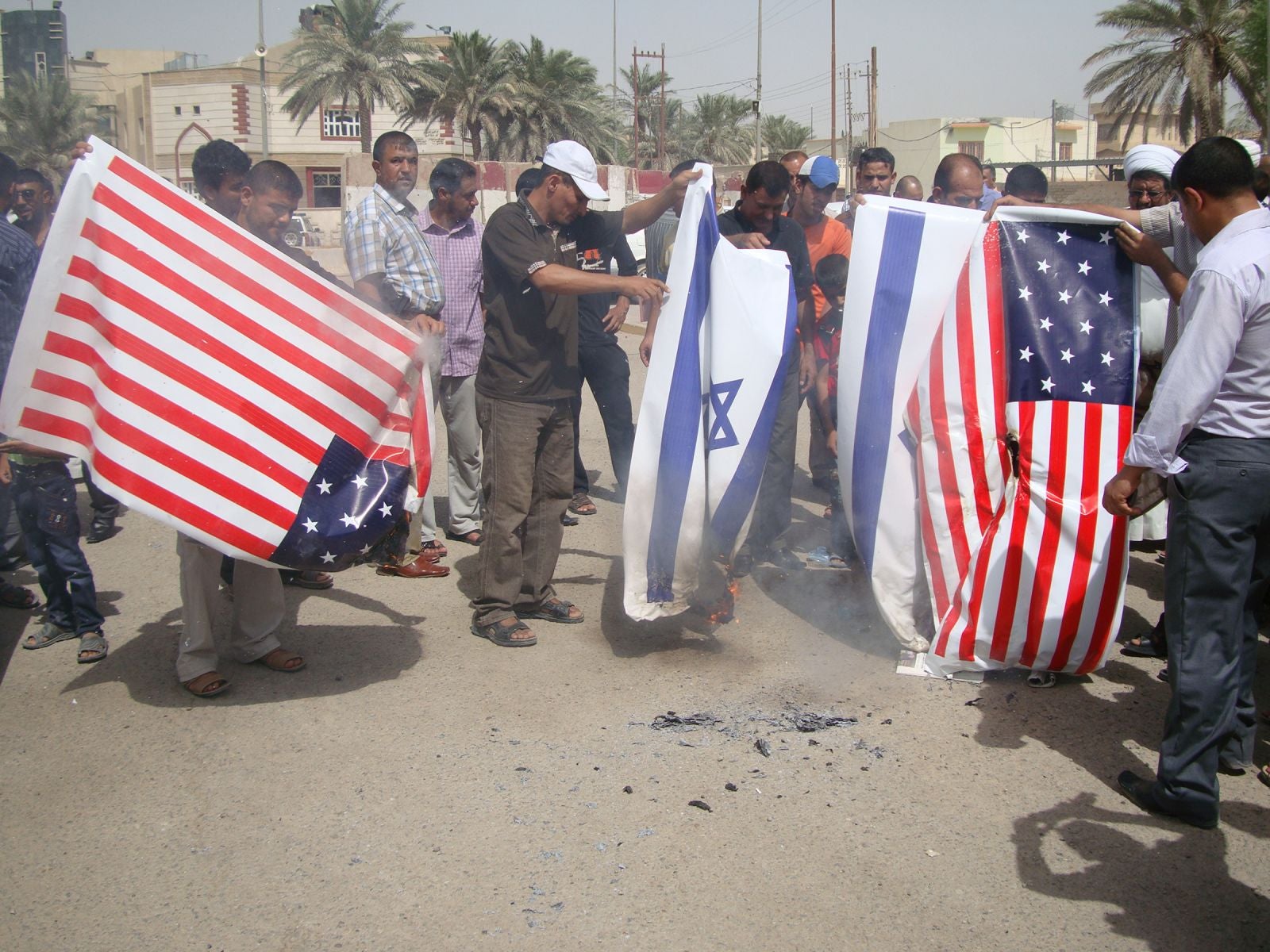 In Cairo, Egypt, stones were thrown at riot police during clashes near the US embassy. The Muslim Brotherhood withdrew calls for nationwide protests, saying they would instead participate in a “symbolic demonstration”. 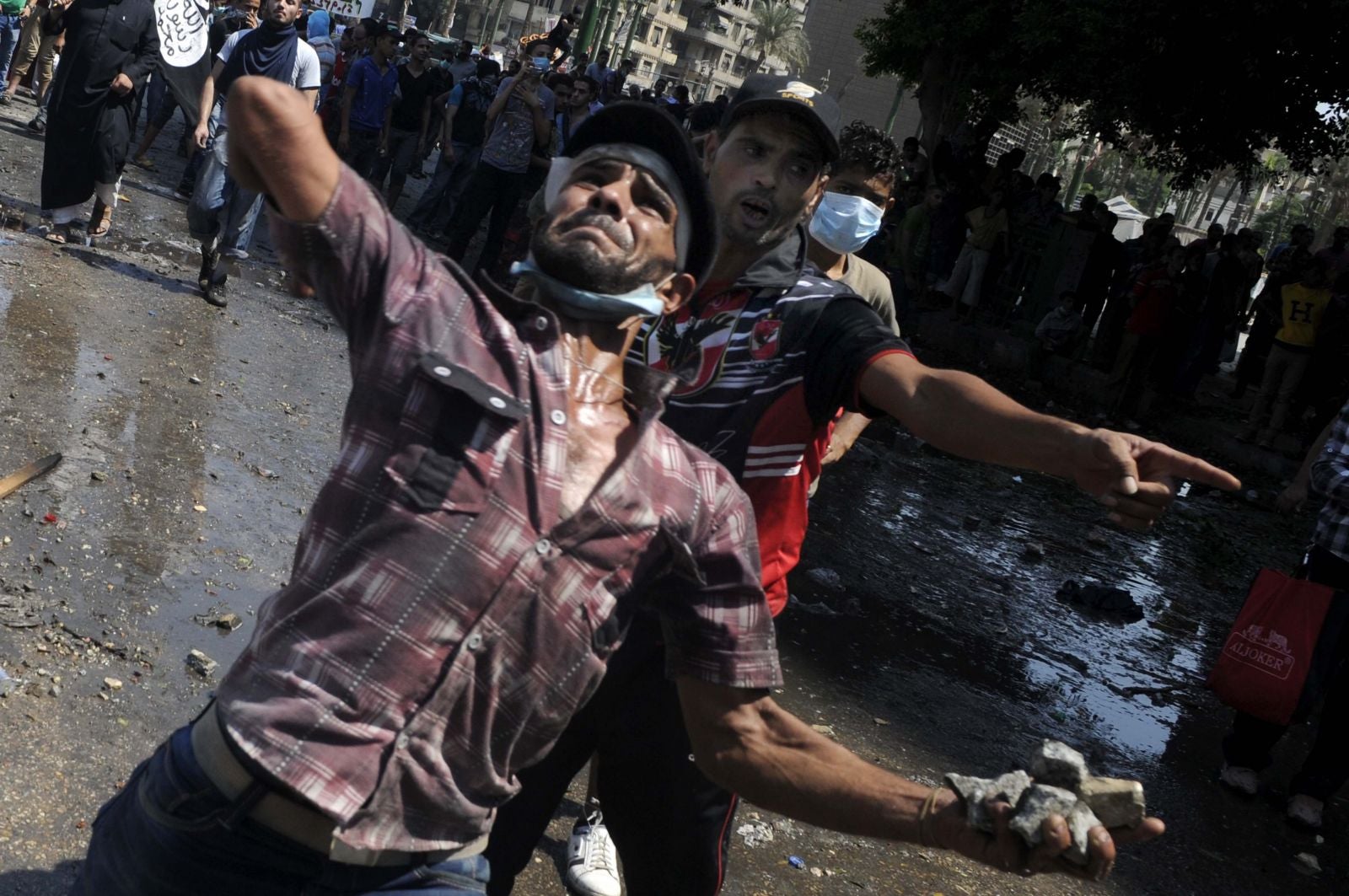 In Srinagar, in the Kashmir Valley, demonstrations entered their second day today. The video sharing website YouTube has blocked access to the film in India in the hope of restraining the violence. 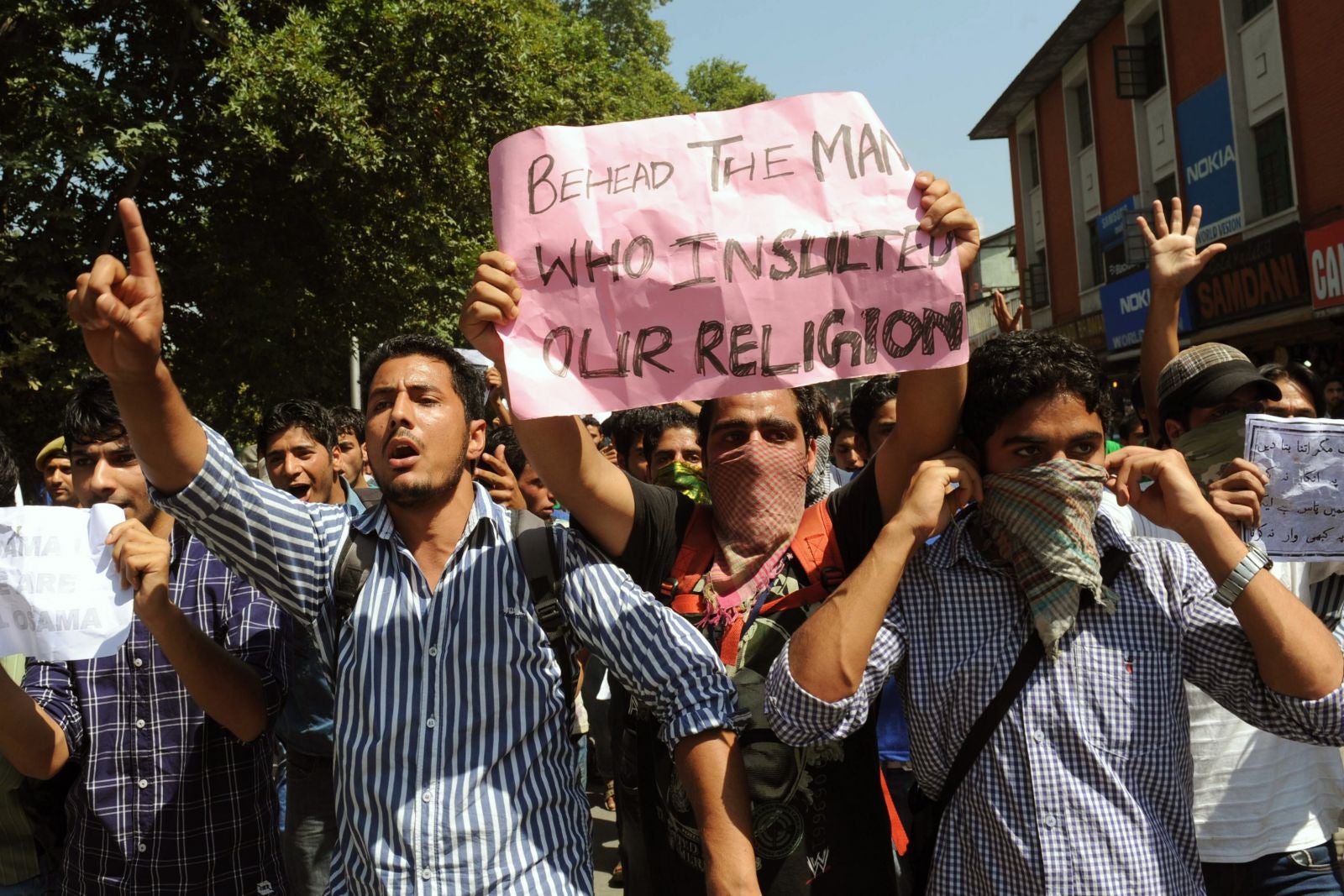 In Sanaa, Yemen, the US embassy was targeted and security forces fired warning shots and tear gas to disperse the crowds: 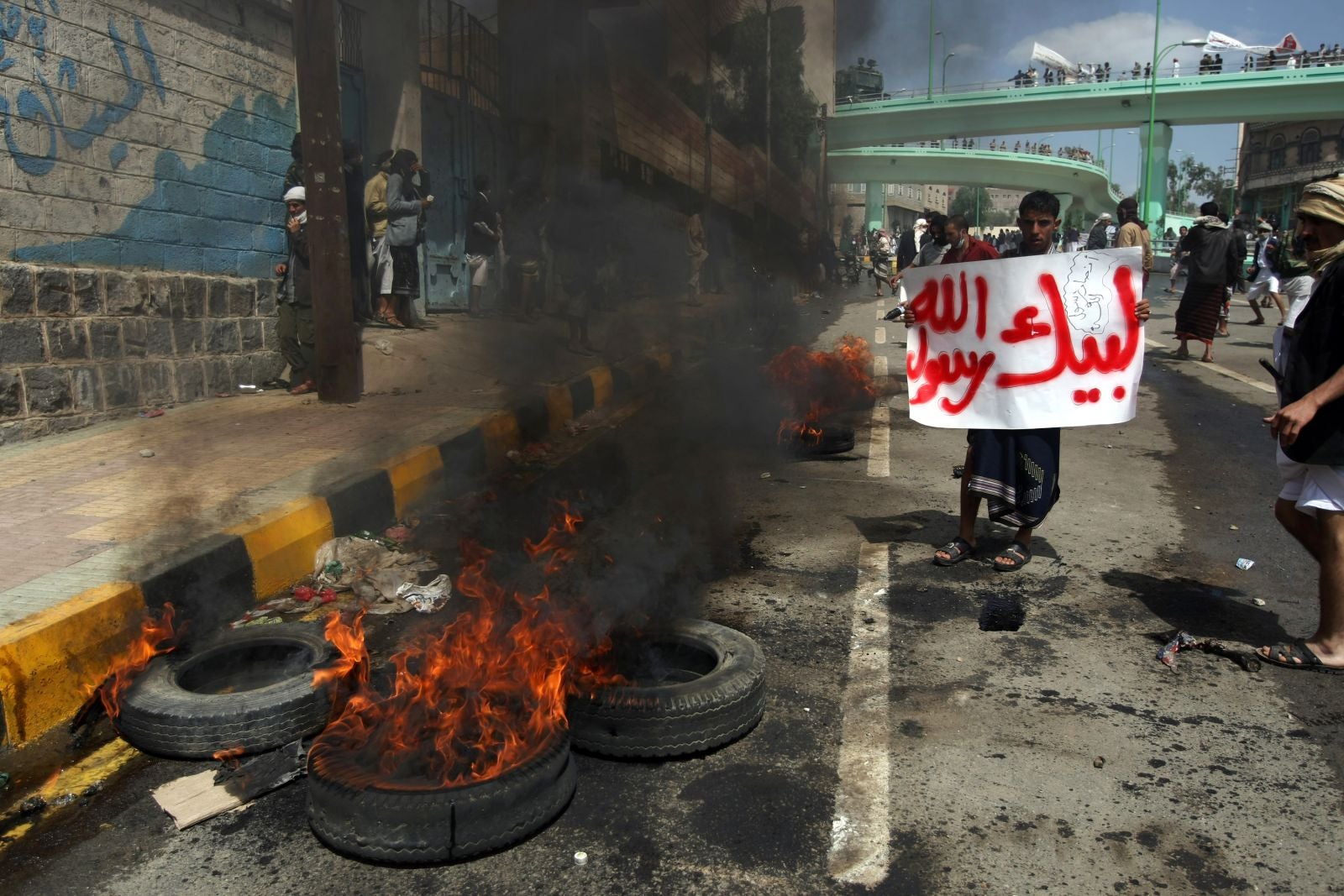 In Turkey, prime minister Recep Tayyip Erdogan told protesters that the film should not be used as a pretext for violence, as anti-US slogans were chanted in Beyazit Square in Istanbul: 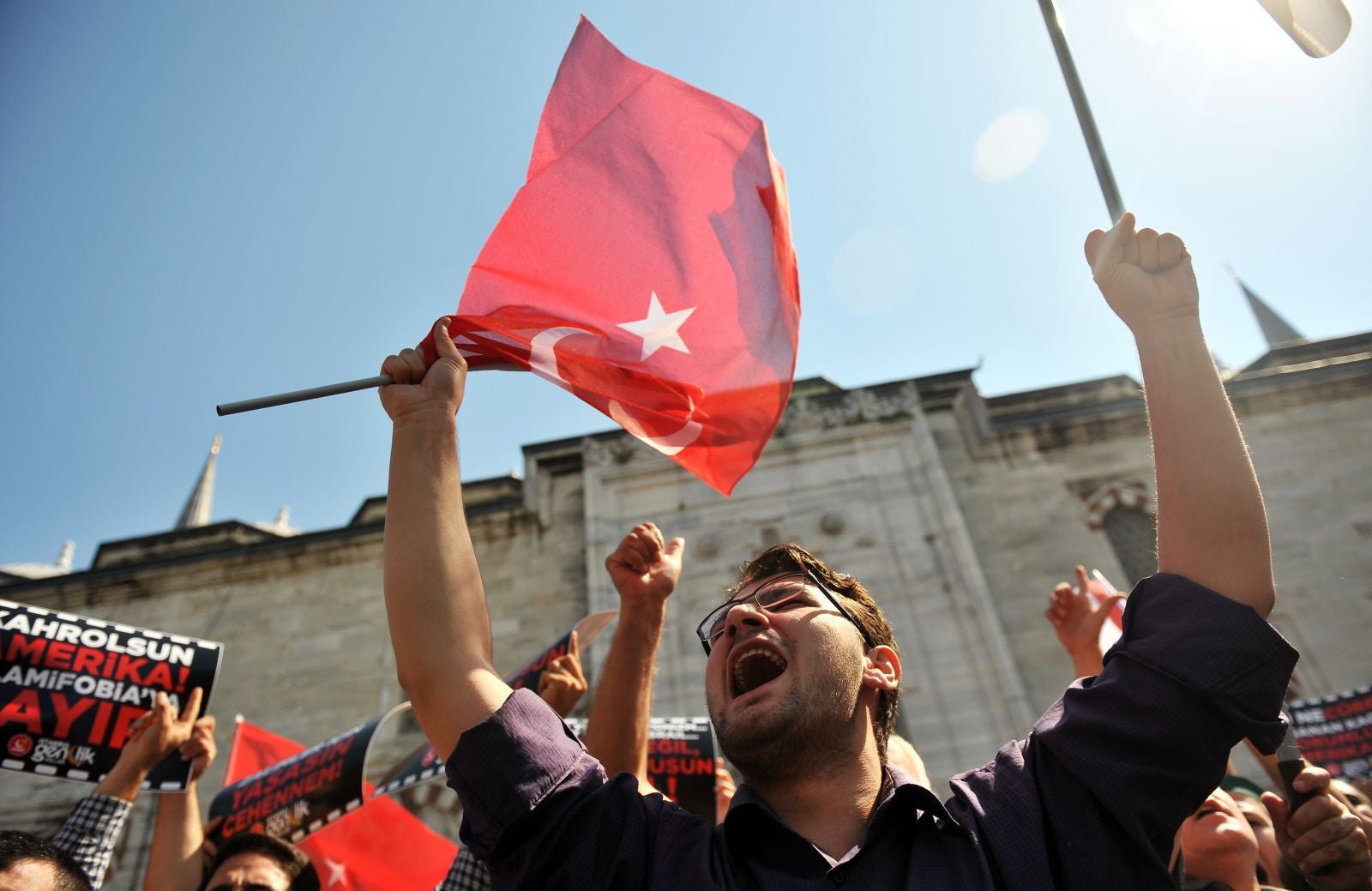 In Sydney, Australia, there was a small demonstration outside the US Consulate General: 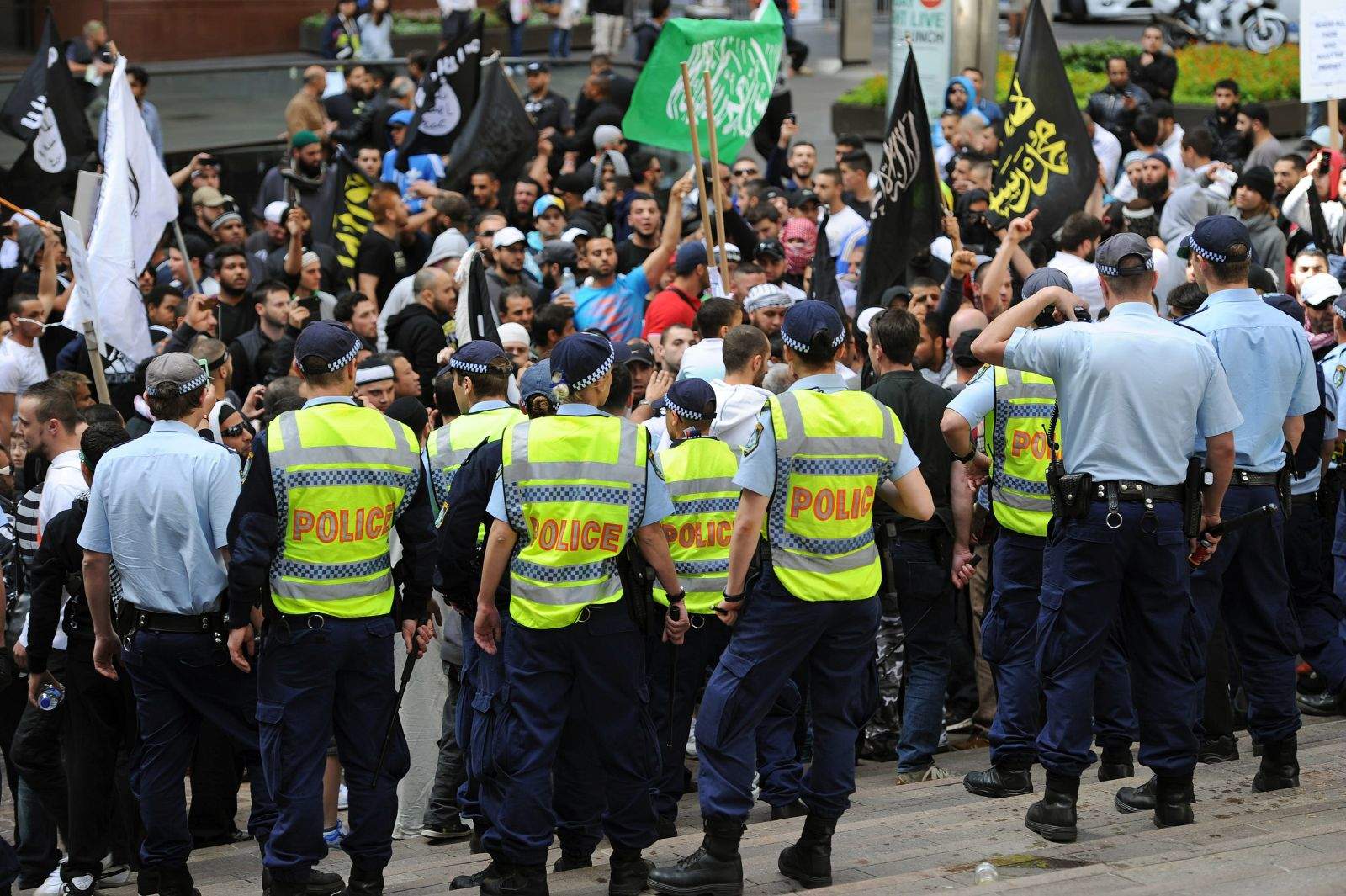 In Palestine, protesters shouted slogans after Friday prayers at Al-Aqsa mosque in Jerusalem: 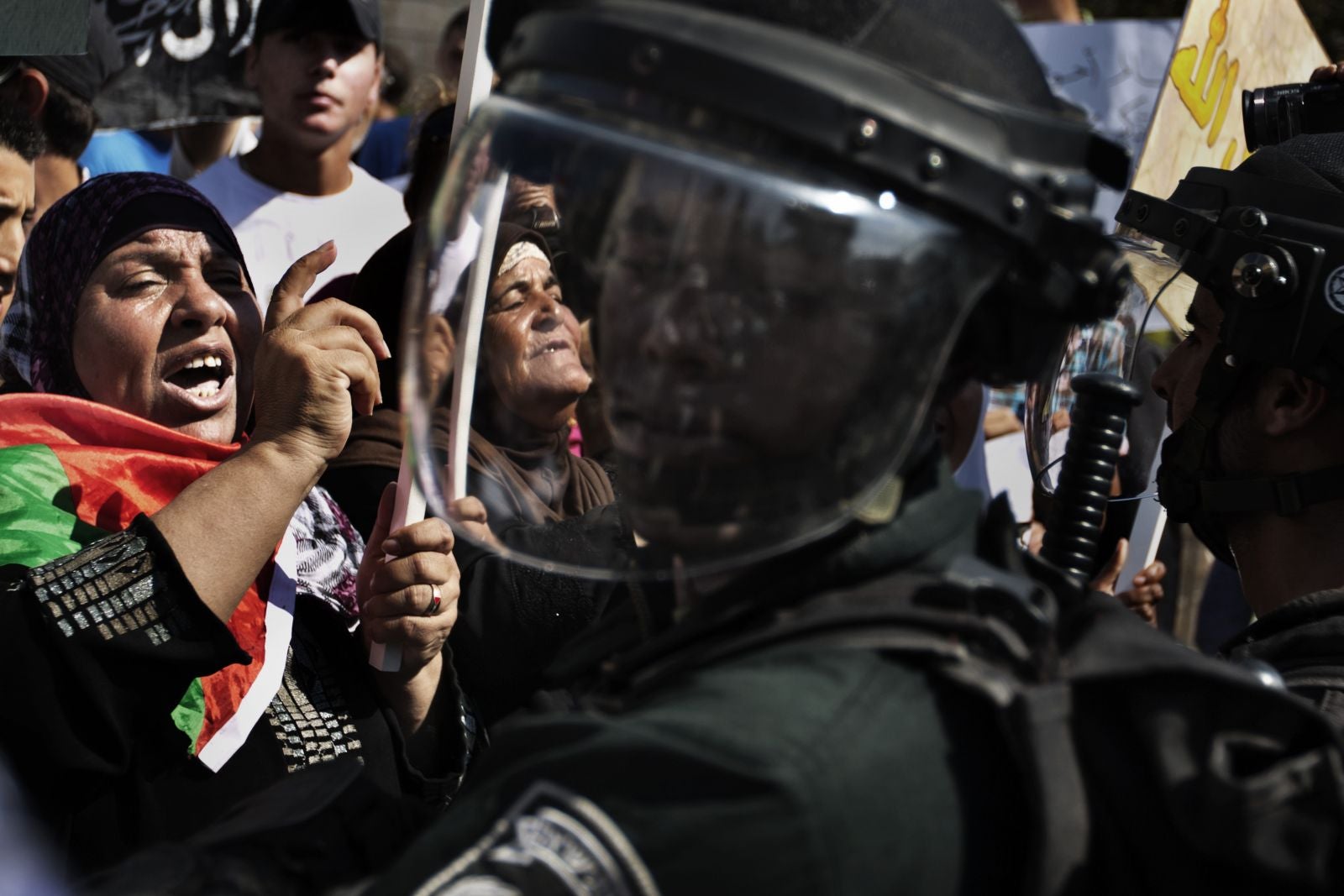 In Britain, an American flag was burned in front of the US embassy in London: 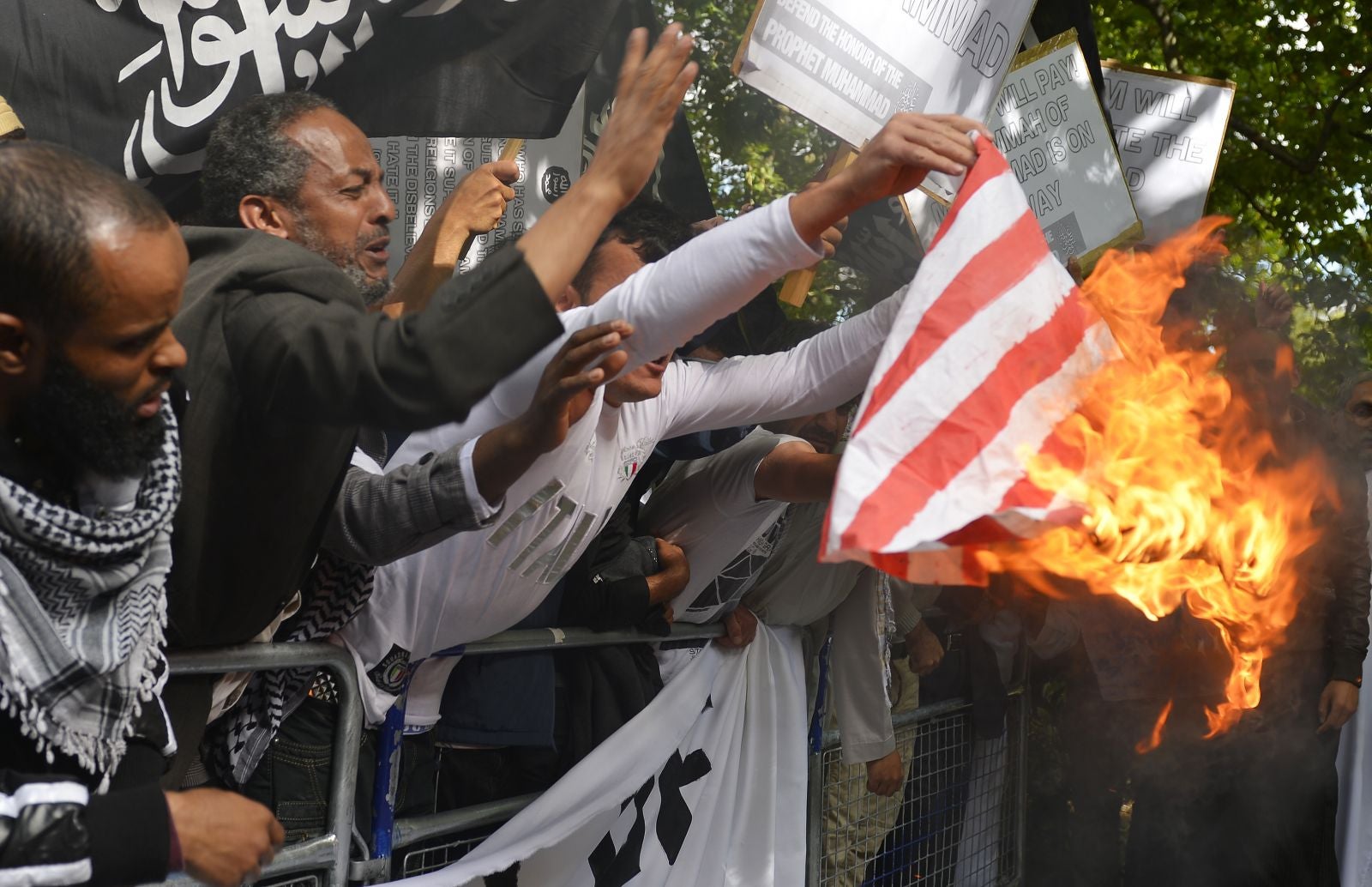