When I heard about the demise of the last living Pinta Island Giant Tortoise, Lonesome George, my first thoughts went to his preservation. Apparently he is to be ‘embalmed’ for posterity, which I heartily approve of, depending on the methods used. Ideally, tissue samples should be collected and archived in tissue banks such as the Frozen Zoo prior to embalming, since formaldehyde breaks down DNA. The preserved specimen should then be stored in a properly curated collection to ensure appropriate long term care (pdf).

But why go to all this effort? Besides the cultural importance of preserving this iconic animal, George’s anatomy and genetics can tell us a lot. He was the last of a subspecies that was part of a ‘species complex’ – a group of around fifteen closely related, yet distinct, types of Giant Galapagos Tortoise.
This group of tortoises has been important for scientists interested in evolution and biogeography, including a young Charles Darwin, who observed (and indeed ate) them in 1835 when the Beagle visited the Galapagos Archipelago. The tortoises varied in shape to better suit the vegetation on the different islands that they inhabited, something that contributed strongly to Darwin’s ideas on evolution.

Since then our understanding of speciation has been greatly improved by studies carried out on these long-lived giants. Genetics and geology have combined to give us a picture of the changing shape of the volcanic islands that make up the Galapagos and the corresponding changes in the Giant Tortoise genome (pdf) and anatomy as they responded to changing habitats.

Human impact has also been substantial, as the Tortoises have historically provided a convenient resource for sailors. Crews would gather hundreds of the animals for food and ballast, sometimes dumping them on different islands, where they hybridised. Tortoises were even used as a source of oil for lamps, to the point where an oil refinery was established on the island of Floreana to process them. 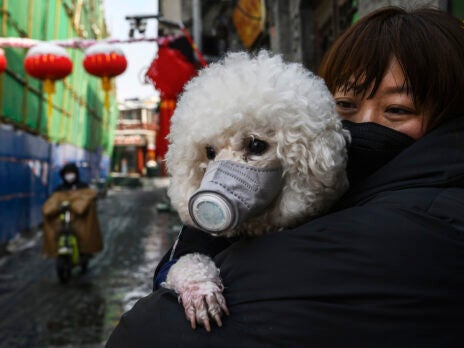 In his 1835 diary Darwin said: “…the numbers [of Giant Tortoise] have been much reduced; not many years since, the Ship’s company of a Frigate brought down to the Beach in one day more than 200. …. Mr Lawson thinks there is yet left sufficient for 20 years…”. Mr. Lawson’s estimate turned out to be a little optimistic and the Floreana Giant Tortoise was probably extinct by 1850.

With tortoises being so abundant and so easy to collect, it is unsurprising that many eventually found their way into museum collections. While this may have been bad for the populations at the time, it may have a significant benefit for the future of the species complex, as studies carried out on museum material can help inform conservation activities.

In the words of a key researcher in the field, Dr Michael Russello of The University of British Columbia: “…much of our population genetic work associated with Lonesome George, specifically, and Chelonoidis abingdoni, generally, would not have been possible without specimens accessioned within natural history museum collections. The availability of vouchered specimens allowed us to reconstruct the genetic composition of the now extinct Giant Galapagos Tortoise once endemic to Pinta Island. Without access to a population-level sample afforded by museum collections, our group would not have been able to detect genetic signatures of extinct C. abingdoni and C. elephantopus on the neighbouring island of Isabela, work that has directly led to multiple expeditions and direct conservation action. An unfortunate aspect of the biodiversity crisis is that museum collections will likely become increasingly important in maintaining a source for study specimens and a repository for genetic resources of imperilled and extinct taxa.”

It is for these reasons that it is worth the effort of preserving Lonesome George and other species. Museum collections are not just about understanding the past, they are about protecting the future.