The Guardian editor Alan Rusbridger is profiled by Peter Wilby, the award-winning media commentator, in this week’s New Statesman. In the 6,000-word piece Wilby asks: what is the future of the paper?

Below is a extract of the NS Profile’s first 1,000 words. The article can be read in full in this week’s New Statesman magazine, available to buy around the country from Thursday 31 May. Single copies of the issue can also be purchased online here.

These are heady days for the Guardian and its editor, Alan Rusbridger. The News of the World, once the highest-circulation Sunday newspaper in the English-speaking world, is dead. Its proprietor, Rupert Murdoch, whose support was so assiduously sought by every prime minister for more than 30 years, is all but defeated, with some of his leading former executives facing criminal charges and his attempt to tighten his grip on the British television market decisively repelled. The entire system of press regulation faces drastic reform. Cabinet ministers and even David Cameron could yet be forced from office.

All of this is the outcome of the Guardian’s dogged pursuit of phone-hacking, an offence that was at first dismissed by police, politicians, most rival newspapers, the industry’s watchdog and even some of the paper’s own journalists as small-scale and trivial. Not since Harold Evans’s 1970s heyday, when the Sunday Times pursued the thalidomide scandal, has a newspaper investigation enjoyed such success and received such plaudits. For Rusbridger, who backed Nick Davies, the reporter who exposed the hacking scandal, it is a triumphant vindication, the crowning achievement of his 17-year career as editor.

Yet there is another side to the Rusbridger story, and to the Guardian’s. The newspaper, its Sunday sister, the Observer, and their digital operations recorded operating losses (before tax and exceptional items) of nearly £37m in the year to April 2011, up from £32.5m the previous year. A still bigger loss is expected to be announced for 2011-2012. Andrew Miller, chief executive of the paper’s parent company, Guar­dian Media Group, warned staff in 2011 that the company “could run out of cash in three to five years” and repeated in February this year that the financial position was “not sustainable”.

Thanks to technological change and a prolonged recession, all newspapers face falling sales, declining revenues and an uncertain future. The Guardian’s position, however, is unusually critical. Its chief source of advertising income – public-sector job vacancies – has collapsed, wiping out an annual £40m in revenue.

The Guardian has no rich proprietor, willing to pour in money until corners are turned and times improve. Nor does it have conventional shareholders, ready to provide capital on promises of future growth. Alone among UK newspapers, it is owned by a trust, set up in 1936, partly to avoid death duties, by the sons of its recently deceased owner and longest-serving editor, C P Scott. The Scott Trust is the Guar­dian’s guardian, charged not only with ensuring that the paper is “conducted in the future on the same lines and in same spirit as heretofore” (in other words, continuing the radical, albeit moderate, editorial approach that dates back to the Guardian’s foundation in Manchester in 1821) but also with securing its financial position “in perpetuity”.

As the Guardian itself has rarely been profitable, it depends on the trust to ensure its survival. For 75 years, by transferring profits from other assets managed by GMG – particularly the Manchester Evening News and the Auto Trader motoring magazines – the trust has kept the Guardian alive, though sometimes only just. In the past seven years, however, the trust and GMG have made a series of decisions that, some critics say, threaten to deprive the Guardian of its lifeline. At a time when the paper most needs sustenance, the trust’s capacity to continue covering its losses is in doubt.

Most editors play little role in company business. Rusbridger, however, sits not only on the board of Guardian News & Media, which runs the Guardian, the Observer and their digital operations, but also on the GMG and Scott Trust boards. He is therefore in an unusually strong position to drive through his ideas and press his case for resources. The Guardian – once described as the only institution accountable to a ghost – allows the editor extraordinary power and freedom. Because the purpose is not to make profit but to protect the paper’s soul, the editor sets the agenda. The trust is criticised in some quarters as a weak vehicle of accoun­tability, because about half of its members are journalists and lawyers who are (or have been) actively associated with the paper. “What Alan wants, Alan gets,” I was told, separately, by one former and one present member of the Scott Trust.

If the hacking investigation is Rusbridger’s finest achievement as Guardian editor, his success in establishing the paper’s online brand must rank a very close second. A self-confessed geek from an early age – he was a teenage photography enthusiast and used a Tandy, an early personal computer, to write his copy in the early 1980s – he recognised sooner than other Fleet Street editors how the worldwide web would transform journalism. The Guardian established a user-friendly website, investing £3m to launch it within two years of Rusbridger’s accession to the editorship in 1995.

It moved quickly to exploit the possibilities of Web 2.0 (or social media), encouraging readers to engage in dialogue both with journalists and with each other and, eventually, to enhance the core editorial product. In four years out of the five up to 2009, it was declared the world’s best newspaper website in the online equivalent of the Oscars.

Today, the Guardian – still a lowly ninth in the league table of daily UK print circulation, lagging behind the Times and Telegraph – is an international brand, the fifth most read newspaper website in the world. According to unaudited figures, it is now read, in print and online, by 5.3 million people a week, a reach of which C P Scott could only have dreamed.

But again there is another side to the story: the vast majority of those readers do not pay. Although Rusbridger insists that his mind is not closed to charging for online access, his missionary enthusiasm for journalism on the web – some staff compare him to a leader of a religious cult – would make any decision to put up a paywall almost as sensational as the Pope renouncing the Virgin Birth. He says the Guar­dian is now “a digital company” that also publishes a newspaper. He and senior management executives believe that, in the not very distant future, the Guardian and other newspapers may cease, at least on weekdays, to publish in print at all. Yet the printed Guardian and Observer still generate 75 per cent of the revenue and nobody is sure that website advertising and other digital income – which, under GMG’s business plan, must double to £91m by 2016 – can replace them, particularly as a left-liberal brand is an uneasy host to much consumer advertising. Meanwhile, the revenue-generating print circulation continues to shrink, to about 215,000 this year against nearly 400,000 in 2006. As his critics see it, the Guardian’s editor has painted himself and his paper into a corner from which neither may ever emerge.

Read this article in full in the forthcoming issue of the New Statesman, available on newsstands around the country from Thursday 31 May. You can subscribe here – and domestic and overseas purchasers can also order a single issue. 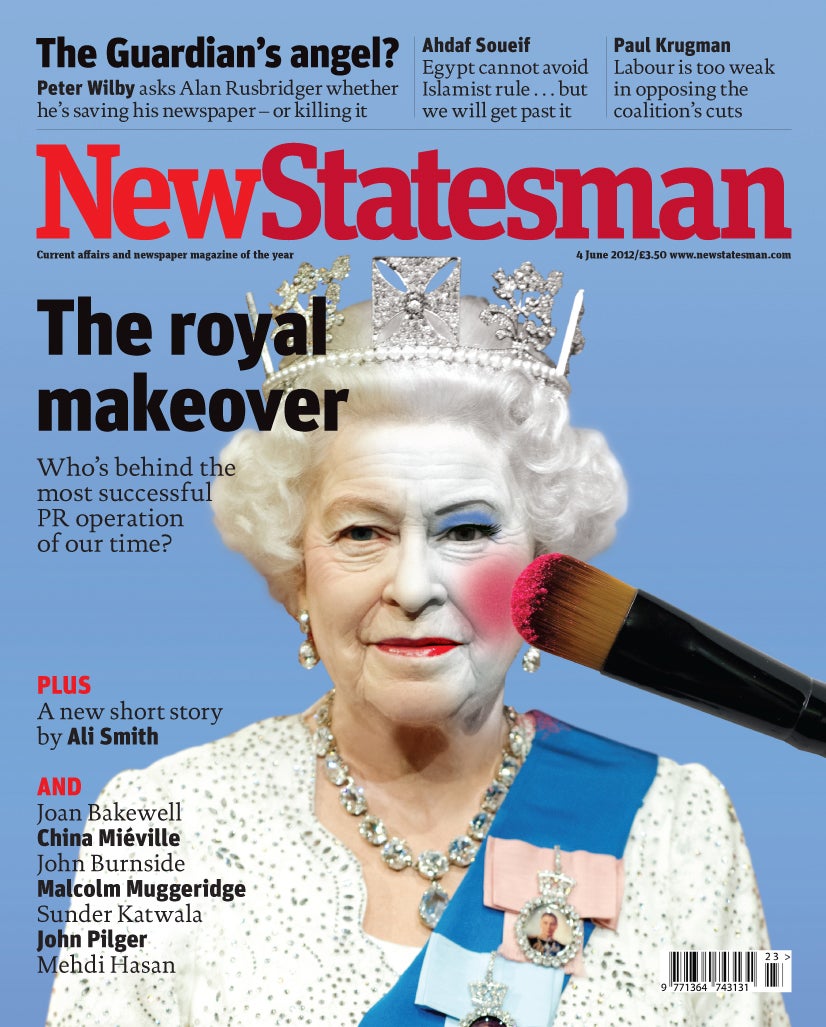