Boris Johnson stepped in yesterday to stop the “battle of the buses”, banning a campaign by the Core Issue Trust — which promotes controversial therapies designed to turn gay people straight  — and the evangelical pressure group Anglican Mainstream. The decision is likely to increase feelings of persecution and marginalisation among a minority of traditionally-minded, and increasingly assertive, Christians.

Johnson told the Guardian that his London was “intolerant of intolerance“. The proposed slogan (“Not gay! Ex-gay, Post-gay and proud. Get over it!”), whatever its intention, was at least open to interpretation as an assertion of crude homophobia, or at least of heteronormative triumphalism.  It was intended, however, as a direct riposte to similar-looking advertisements being run by Stonewall with the slogan “Some people are gay. Get over it!” — a campaign that implicitly targets opponents of gay marriage as reactionary bigots unable to come to terms with the modern world.

Some bigots may, indeed, hide behind religion.  Yet Stonewall’s slogan, it strikes, me, misses an important point, which is that some people, who are gay, cannot “get over it” that easily.  A devout religious believer, who belongs to a tradition that says firmly that homosexuality is wrong, but who feels a strong inclination towards members of the same sex, is faced with an agonising dilemma.  Demands to “get over it”, while not directly aimed at such people, can easily come across as insensitive and bullying.

Say you’re a young gay Catholic.  The Pope has said, quite firmly, that homosexuality is “intrinsically disordered” and represents an “inclination towards an intrinsic moral evil”.  Well then, ignore the Pope: many Catholics do, after all, when it comes to birth control, and some gay Catholics will be comfortable with that option.  But not all, because obedience to church teaching is, for many Catholics, a crucial dimension of their faith.  At the very least, so long as Catholic teaching remains what it is (and there’s no evidence of any change on the horizon) many gay Catholics will feel conflicted. 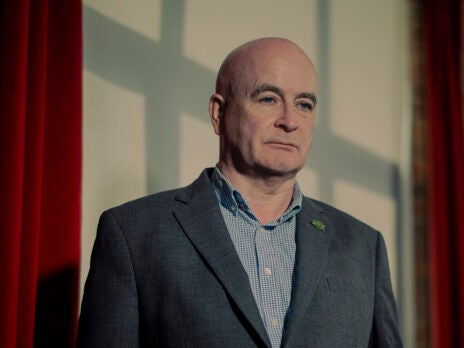 Or say you’re a Bible-believing Evangelical, and your reading of scripture tells you that homosexual practices are an abomination unto the Lord.  That isn’t the only way to interpret the Bible, of course, and some gay Christians are fortunate enough to belong to churches that are welcoming of their sexuality.  But some of the Biblical verses that speak about same-sex sex are pretty plain, to say the least.

And of course commitment to a religious faith involves more than just intellectual assent to a set of belief-propositions.  It involves heart and soul, family and community.  There may be partners and children involved, if a gay believer has already “chosen” to ignore their same-sex inclinations.  Leaving all these things is not just potentially traumatic, it may well be something that the believer, however painful their internal struggles with sexuality, is not willing to contemplate.  And yet their inner turmoil is damaging to themselves and to those around them.

There’s no reliable evidence that the therapy being promoted by the Core Issues Trust is effective in changing people’s inner sexual drive; there’s some evidence that it has helped some people to suppress their gay feelings and to function more comfortably in heterosexual relationships.  And this may be enough.  Human sexuality is not fixed at birth.  It’s also more fluid for some people than for others.  There’s no doubt that there are, in fact, self-described “ex-gay” or “post-gay” Christians, many of whom do indeed claim to have been helped by these therapies.  The Rev Peter Ould is perhaps the most prominent British example.  He has written:

I’m post-gay because I chose to leave “gay” behind. I chose to no longer accept “gay” as an explanation of who I was and instead to begin a journey away from it. I chose to do so because I was convinced from the Scriptures that “gay” wasn’t a suitable way to describe myself, that it wasn’t a valid way for a Christian to establish identity.

Ould’s choice to “leave gay behind” is not the same thing as choosing his sexuality.  Rather, he chose to prioritise his understanding of his faith over his sexual inclinations.  Or perhaps it would be better to say that he felt a strong inner conviction of his need to do so.  Because, as the law and society have increasingly come to recognise in recent years, religious identity is deeply rooted.  It is part of “who people are”, how they relate to the world around them, how they conceive of themselves.

Of course, many people change their religion, abandon religion altogether or discover it for the first time.  But for many who make such a transition the process involves moments of existential crisis and a slow, difficult adjustment to a new way of life and a new set of social relationships.  The consumerist language of choice simply doesn’t do it justice.

The fact is that neither faith nor sexuality are a “choice”.   And some people are religious.  Get over it!