It’s a particular type of person who decides to go into politics at the age of six, and an even more particular type who actually follows through. But Michelle Donelan, the MP for Chippenham, is nothing if not particular. She first spoke at the Conservative Party conference aged just 15 – a year younger than William Hague managed – and achieved her childhood dream as part of the 2015 Conservative intake.

“I’m not from a political family by any stretch of the imagination at all, so they were as shocked as everyone else, to be honest,” Donelan, now 38, tells me, recounting how she was inspired as a child by seeing Margaret Thatcher on television. “The more I learned about as I grew up, the more I thought, yeah, this is the career for me. And obviously I’m very stubborn, so I didn’t want to change my mind.” She laughs, “I wasn’t the most popular kid at school, it didn’t give me much street cred.”

We’ve met in her office at the Department for Education to discuss the sweeping changes the government wants to make to universities. The higher education reform consultation has just closed, and as Minister of State for Higher and Further Education, Donelan is leading the charge. She is pure politician: crisply dressed, relentlessly on-message and not about to pull her punches.

“We haven’t been able to have an honest debate in terms of higher education,” she says, noting how fierce the backlash is whenever politicians try to talk about cracking down on low-quality courses. “Yes, we have four of the world’s top ten universities, we’re leading the way in so many respects, but we should be honest about those pockets of poor quality, and we should be tackling them.” 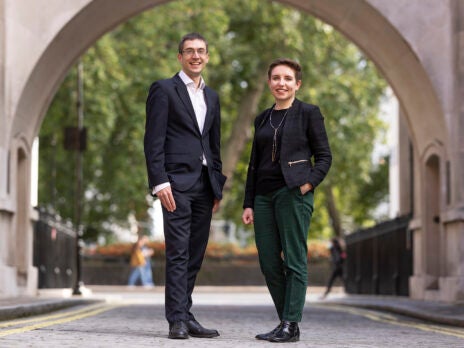 “We’re not hiding our policies from Tory voters”: Green Party leaders Carla Denyer and Adrian Ramsay on their plan to win

Even the term “pockets of poor quality” (a phrase Donelan repeats multiple times in our interview) is contentious. She means university courses that make bold promises to prospective students but don’t necessarily lead to the expected outcomes in terms of completion rates or graduate jobs.

“We’ve got 25 universities where over half [of the students] are not actually completing their course and going on to a graduate job. That’s not good enough,” she says. “That means those young people are taking a course that isn’t going to lead them where they thought it would. They’re almost being conned onto a course that doesn’t deliver.”

“Conned” may seem a strong word, but Donelan, who has argued that university marketing should be regulated in the same way as financial products such as credit cards, is on a crusade. Up until now, universities have been able to charge students the maximum tuition fees (£9,250 a year) with little oversight of whether courses represent value for money. There is a financial incentive for universities to accept as many applicants as possible, while the consequences of low-quality courses are borne by the student, and eventually the taxpayer.

That’s about to change, at least in part. In January the Office for Students warned that courses which fail certain minimum standards (80 per cent of students to continue into a second year of study, 75 per cent to complete their qualification, 60 per cent to go into professional employment or further study) could face investigations and fines. On 26 May the first investigations were started. Eight institutions are being investigated, with a particular focus on poor quality online learning. Further proposals include assessing universities and colleges on student experience and outcomes, with “gold”, “silver” or “bronze” ratings awarded, so candidates have a clear indication of quality when they apply.

Such reforms have, inevitably, been branded “intellectual snobbery” – the elite political class pushing back against Tony Blair’s success in widening access to higher education and lowering the drawbridge for low-income students. Donelan, who was the first in her family to go to university (history and politics at York), argues it’s the opposite.

“When I was growing up I saw so many people of my generation, my friends, my community, who almost felt compelled and pushed onto courses that they didn’t really know enough about because they didn’t have the access to that information,” she says, adding that a number of them dropped out or failed to get the jobs they wanted. “That means they’ve invested a lot of time and money in something that hasn’t paid off in the way they expected it to do so.”

A cynical reader might wonder whether these reforms are as much to do with saving money as they are protecting students. Those who drop out of their courses or do not go into well-paying careers are a headache for the Treasury: with university fees at £9,250 a year, plus maintenance, students now graduate with over £45,000 of debt, which grows exponentially given the eye-wateringly high interest rate, due to hit 12 per cent this autumn. It is currently estimated that over 80 per cent of graduates will never pay back their loans in full by the time the 30-year payment term runs out.

Boris Johnson’s government has a solution to this too: make graduates pay more. For students starting their courses in 2023 the salary threshold at which graduates start to repay their loans is decreasing (from £27,295 to £25,000), while the payment term is being raised to 40 years. As the personal finance guru Martin Lewis pointed out, this will benefit high earners who pay off their loans early on but leave the vast majority of graduates paying back far more over their lifetimes. In a GMB interview with Donelan he told her it’s effectively doubling the cost of university for most new starters compared with now.

Donelan visibly stiffens when I mention this and her answers, while confident, have more than a smack of the soundbite. “Every pound that a graduate doesn’t pay back, the taxpayer has to pay back,” she says. “Somebody has to pay this. It’s not free money at the end of the day. So what we want to do is try to get that balanced fairer between the taxpayer and the graduate.” She notes that the government is also tweaking the interest on loans to be in line with the Retail Prices Index of inflation rather than three percentage points above it, where it is now. “If you took out a loan,” she argues, “and you were told you’re never going to pay back in real terms more than you borrowed, that is fair.” She does not comment on whether it is fair that high earners will benefit most from these changes.

As for the fact that graduates face an effective marginal tax rate of 42.25 per cent when they start earning over £27,295, once loan repayments are added to income tax and national insurance, Donelan refuses to accept the premise. “This is not a graduate tax, this is a loan that people have taken out and invested in themselves to enable them to go to higher education,” she insists. The fact that Donelan and most of her cabinet colleagues received their own degrees entirely or heavily subsidised by the taxpayer, when student fees were either non-existent or just £1,000 a year, is not mentioned.

Another contentious proposal to have originated from her department is the suggestion that pupils should have to meet minimum entry requirements to access student finance, such as passing both English and maths GCSE. Analysis by New Statesman found that this could put financial support out of reach for more than half of England’s disadvantaged children, making it much harder if not impossible for them to go to university at all. The proposals were branded “madness” by the chief executive of Universities UK, while the Fair Access Coalition argued it would “create an insurmountable barrier for some young people from underrepresented backgrounds”.

When I put this to Donelan, she responds that the proposals have been “misrepresented” in media coverage. “It certainly is not barring anyone from going to university at all,” she says, clarifying that those who don’t meet the eligibility requirements would still be able to access student finance after resitting their exams or by taking an access to university qualification or foundation year before starting a degree. She calls it “lazy social mobility” (another term she reuses multiple times) to funnel pupils into university courses which they may not be suited to and which they might drop out of. “I do honestly think it’s immoral to push people before they’re ready.”

In some ways Donelan has succumbed to the Johnson government’s attack on students and determination to turn universities into a culture war. She has championed a bill that would enable the government to fine universities deemed not to have sufficiently protected freedom of speech (how this would affect students’ right to refuse a platform to, say, Holocaust deniers remains to be seen) and decried the “intolerant woke mob” that the Tories claim is having a “chilling effect” on campuses.

In others, however, she has tried to show that she is on the side of students, particularly in terms of wellbeing and consumer rights. She has been a vocal critic of some universities’ reluctance to return to pre-pandemic levels of contact time and face-to-face learning even after the end of lockdown, encouraging students who feel they haven’t got value for money to apply for refunds.

And in January she launched the Universities NDA Pledge, which asks institutions to “commit to not using Non-Disclosure Agreements to silence people who come forward to raise complaints of sexual harassment, abuse or misconduct, or other forms of harassment and bullying”. So far 59 universities have signed up. It’s an initiative she is especially proud of, noting that universities haven’t yet had their “MeToo” moment. An NDA, she says, “silences a victim and allows a perpetrator to have complete anonymity and be able to continue working at the university, leaving the victim in a position where they can’t even get help or talk about what’s happened to them, which I think is horrendous”.

Donelan seems genuinely passionate about her role. Before being appointed by Johnson in February 2020, she sat on the Commons Education Select Committee, and her maiden speech as an MP in July 2015 stressed the importance of education, in particular vocational training. She is also keen to highlight to me the work the government is doing on alternatives to higher education, such as apprenticeships and a new lifetime loan allowance: from 2034, individuals will have access to a £37,000 loan they can use to fund their studies at any point during their lives, not just straight after school. For all her use of buzzwords, when Donelan talks of measuring social mobility by more than an arbitrary university target, of “getting on rather than getting in”, you can tell it matters to her. She has, she says, seen first-hand the pitfalls of pushing school-leavers onto degree courses with dubious graduate outcomes.

“Higher education is not always the best route, depending on what you want to achieve,” she insists. Bold words, for the Universities Minister.