There’s a band for every mood. Cigarettes After Sex is for melancholy; White Denim is for summer nights; Linkin Park is for releasing anger like a teenager. But for the days when I can’t decipher quite what I feel, something pliable, more transcendent, is required.

Most often, it’s Joy Division: music to flail around or lie on the floor to, music that’s ecstasy and sorrow – mournful yet with a persistent, pulsing energy. It was pleasingly familiar to hear Radiohead’s Jonny Greenwood searching for the words to express this contradiction in Transmissions: The Definitive Story, a new podcast about the band. “A lot of the music in the Eighties… was kind of dark and nasty,” he says, “but that was something else, that was sort of shimmery as well as bleak.”

The story of Joy Division, and later New Order, is repeated so often it feels more like myth than reality. Maxine Peake’s voice is full of whispered awe as she leads us through a story that begins with three simple words – “Band seeks singer” – and ends with the making of the iconic “Blue Monday”.

Transmissions takes in Factory Records, Unknown Pleasures, Ian Curtis’s suicide and the Haçienda, with interviews from Peter Hook, Stephen Morris, Bernard Sumner and others. It’s a story about Manchester, too, given authenticity by Peake’s Mancunian accent. (“There is a wilfulness in the psyche of Manchester,” says Peter Saville, and I imagine Andy Burnham nodding furiously.) For those who know this story well, there’s little new here, but it’s a joy all the same. 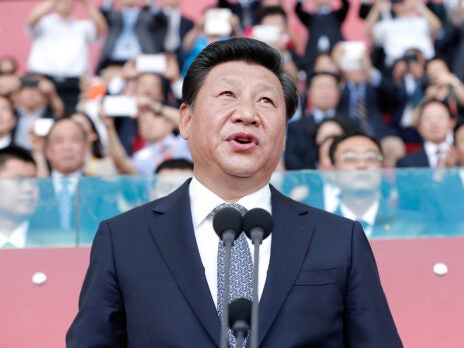 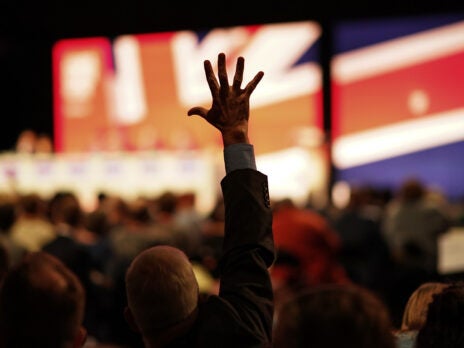 [see also: Ronnie Scott understood that for some people music is the only outlet – so he opened a club]

In a fuzzy clip from one of the band’s earliest audio interviews, the reporter asks: “Where’d you get the name Joy Division from?” “It could mean a lot of things,” comes the obtuse reply. “You get these kind of wartime images from the songs; do you ever think of things like that?” – an earnest English lit student searching for meaning never intended. “No, not at all.” You can almost hear the shrug.

Charmingly, the band makes producing one of the best debut records of all time sound effortless, as though it was something they just picked up off the floor. “Before Unknown Pleasures, we’d written one set of songs that was just learning how to play our instruments,” says Sumner. “We honestly didn’t know our arse from our elbow,” adds Hook.

The episodes about New Order are, I’ll admit, of less interest to me, but the list of possible band names thrown around before Morris, Sumner and Hook settled on “New Order” will make anyone who once tried to start a band, but fell at this first hurdle, smile: “Theatre of Cruelty”, “Angry Brigade”, “The Witch Doctors of Zimbabwe”… I also enjoyed that the Haçienda DJ Hewan Clarke played the Thunderbirds theme tune as the last song of the night – the precursor to the Killers’ “Mr Brightside”.

There’s little of Ian Curtis’s personal life here; his troubled marriage is only mentioned in passing, as is his epilepsy and the barrage of drugs with which it was treated. But you can hear his friends, 40 years on, still trying to make sense of his death, to write some fate or prescience on top of the unspeakableness. Wilson’s first wife, Lindsay Reade, says: “[Curtis] told me… he just saw them going on and on and on without him. He wasn’t afraid of it, at all. It was like he knew what was going to happen.” Saville reflects on the album cover for Closer, which features a tomb: “I can’t look at [it] without wondering what was in Ian’s mind when they chose that picture.” The same instinct leads fans to pore over Curtis’s lyrics, reading his struggling marriage into “Love Will Tear Us Apart”, imagining that his grief was clear to see all along. “If you wanted to believe that he was writing about someone else’s experience, then you also had to believe that he was capable of enormous empathy,” wrote his widow, Deborah, in Touching from a Distance.

What struck me afresh was just how short it all was, how quickly it was over: Unknown Pleasures was released in 1979, and Curtis took his own life less than a year later. “But I remember/When we were young,” he sings on “Insight”, with the heaviness of a much older man. Ian Curtis died aged 23.