Ronald Ross did astoundingly well for someone who never really wanted to be a doctor. The son of a general in the British Indian Army, Ross discovered on his extensive travels that malaria was transmitted not by “bad air” but by mosquitoes. The achievement earned him the 1902  Nobel Prize for Physiology or Medicine.

His other valuable insight was that mathematics played as big a role as biology in the pattern and spread of disease. “Epidemiology is in fact a mathematical subject,” Ross opined somewhat tetchily in the British Medical Journal in 1911, “and fewer absurd mistakes would be made regarding it… if more attention were given to the mathematical study of it.” This number-centric perspective has allowed scientists to conclude that, for example, we do not need to eliminate mosquitoes completely to eradicate malaria; and that immunising  95 per cent of the population will provide the “herd immunity” required to keep measles at bay.

Ross makes a deservedly early appearance in The Rules of Contagion, a timely analysis by Adam Kucharski of how diseases, and other phenomena such as financial panic, gun violence and social media trends, spread. “Recent efforts to treat violence as an infection – rather than simply as a result of ‘bad people’ – echo the rejection of disease caused by ‘bad air’ in the 1880s and 1890s,” he writes.

Kucharski, an associate professor at the London School of Hygiene & Tropical Medicine, is ideally placed to enlighten readers: as a biostatistician, he has been involved in modelling disease outbreaks, such as Ebola and the 2015 Zika epidemic. 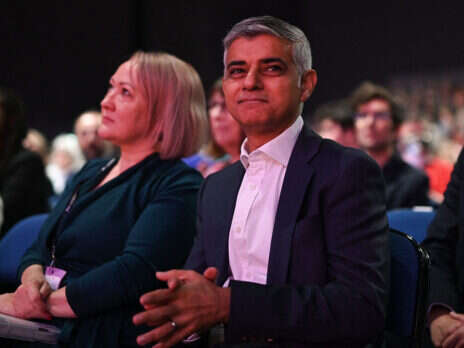 Labour is in an anti-London “Tory trap”: Sadiq Khan vs Andy Burnham 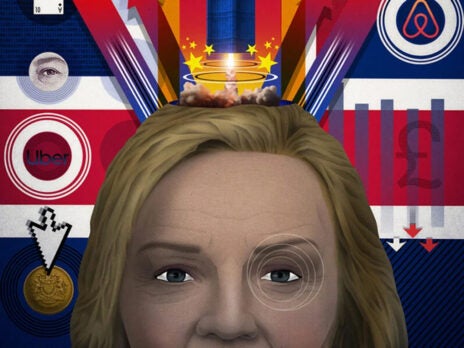 His book was almost signed off when the coronavirus (widely known as the Covid-19 virus) began as a series of epidemics in different countries. It is testament to how well Kucharski understands his topic that he chose not to attempt a panicked update. As I was writing this review, it transpired that China had excluded from some case numbers individuals who were infected but showed no symptoms. Any disease forecast depends on accurate and consistent reporting of such numbers.

It is particularly pleasing that Kucharski decided not to gamble on guessing the coronavirus picture correctly: his previous book, about the mathematics of wagers, was entitled The Perfect Bet. This follow-up work stands on its own as an impressively fluent, fascinating and accessible introduction to how epidemics, trends, behaviours and ideas start, spread – and end.

Disease outbreaks tend to follow a pattern: over time, the number of infections climbs, peaks and then declines. That is because a population contains three types of people: susceptible, infectious and recovered (the SIR model). As an infection sweeps through a population, it gradually infects the susceptible. As the pool of susceptible people shrinks and recoveries rise (with, it is presumed, immunity to reinfection), it becomes less likely that the few remaining susceptibles will encounter an infectious person. This is why a seemingly unstoppable epidemic can suddenly plateau and dwindle away, leaving some uninfected.

“According to the SIR model,” Kucharski explains, “outbreaks need three things to take off: a sufficiently infectious pathogen, plenty of interactions between different people, and enough of the population who are susceptible.” The shape and scale of the rise, peak and decline is exquisitely sensitive to those three SIR factors.

Infectiousness can be represented by the reproduction number R, which is the average number of people an infected person will transmit the virus to. An R below one means a disease won’t spread; above one, it will. The latest research puts the R for the Covid-19 virus at between two and three, which is comparable to that in the 2003 Sars epidemic.

Curbing social interactions can delay or interrupt rates of infection, staggering the burden on hospitals, testing services and health workers. That was the rationale for the Chinese government imposing draconian quarantines on entire cities in Hubei province. It is also the logic behind “social distancing” measures, such as working from home and closing schools.

As for susceptibility, everyone must be assumed vulnerable to this novel virus, despite most suffering only mild symptoms. Hence the global concern: a death rate of even a fraction of a per cent equates to millions dying worldwide. But there is a way to cut susceptibility – by vaccinating. Reuters reports that a dozen drug companies are developing vaccines or antivirals for Covid-19.

Diseases are not the only infectious phenomena around: Kucharski was able to observe financial contagion first-hand while interning at an investment bank in 2008, the year the financial crisis hit. Some institutions were more influential than others in propagating the panic, just as some individuals in epidemics are blamed for super-spreading events.

The contagion ramps up not necessarily due to the behaviour of a single person or organisation, but because of the way that a network of contacts is configured. Hospitals and schools, for example, can often be the hotspots for super spreading events. Big “hub” banks played a similar role in the financial crash: they became the pivots around which mounting debts tipped into crisis. As Kucharski observes: “If you were to make a list of network features that could amplify contagion, you’d find that the pre-2008 banking system had most of them… A major bank like Lehman Brothers could therefore spread contagion widely; when Lehman failed, it had trading relationships with over one million counterparties.” The similarity between disease outbreaks and financial behaviour, he explains, has seen scientists offering expertise to the money-men. Andy Haldane, the Bank of England’s chief economist, subscribes to the analogy between disease epidemics and financial contagion.

As Kucharski notes, any form of contagion is a social process. As with disease and financial panic, networks are also key to contrarians, such as anti-vaxxers and flat-Earthers, going viral online: “On social media, three main factors influence what we read: whether one of our contacts shares a link; whether that content appears in our feed; and whether we click on it.”

Cracking down hard on online misinformation and disinformation is equivalent to vaccination, he argues, because it benefits both individuals and society. “Tackling harmful content [online] will have a direct effect – preventing a person from seeing it – as well as an indirect effect, preventing them spreading it to others,” he says. “A small drop in the reproduction number can lead to a big reduction in the size  of the outbreak.”

Encouragingly, many social media platforms, such as Twitter and TikTok, offer a degree of inoculation against misinformation and disinformation: people searching these platforms for coronavirus facts are now being pushed to such official sources as the World Health Organisation or the US Centers for Disease Control and Prevention. That should crowd out the most egregious conspiracy theories about the virus, such as the false rumour that it escaped from a top-secret lab in Wuhan, or that it jumped from bats into humans via snakes. The aim, Kucharski says, should be “finding new ways to speed up beneficial ideas and slow down harmful ones”. I would have liked a little more discussion on who would judge – and how – whether an idea was beneficial or harmful. We still do not know the extent to which Chinese censorship of social media hindered or helped the containment of the coronavirus in its early stages.

Our interconnected world means that we all have a stake in understanding how and why things, whether plagues or political ideologies, propagate. There are books such as Spillover by David Quammen, which explains how the animal kingdom is a teeming reservoir of viruses waiting to hurdle the species barrier and finish us off. If contagion via social networks intrigues you, you could do worse than seek out Connected by Nicholas Christakis and James Fowler.

Kucharski, though, has made an extremely respectable stab at something broader, producing a work of contemporary relevance that Malcolm Gladwell devotees would enjoy: a blend of biology, mathematics, history, behavioural science and anecdote that reveals how diseases, ideas and behaviours are transmitted. His nicely observed analysis deserves to catch on.

The Rules of Contagion: Why Things Spread – and Why They Stop
Adam Kucharski
Wellcome Collection, 352pp, £16.99

Anjana Ahuja is a science journalist and contributing writer for the Financial Times.