After a two-year wait, Succession returned this autumn with a vengeance – Jesse Armstrong’s ruthlessly dark comedy-drama about the Roy media dynasty felt higher-stakes than ever, with Kendall plotting not just to take over his father’s company, but also to send him to jail.

But as Kendall, Jeremy Strong gives the show its amoral centre. His hangdog Elon Musk act is at once a swollen pastiche of the tech bro culture that dominates finance, and a deflated cautionary tale about ego and shame.

In the “Which Character Are You?” quiz that always ends up running through our heads when totally engrossed in a TV show, no one is choosing Kendall, who has rapped on stage to celebrate his father between attempts at corporate patricide. 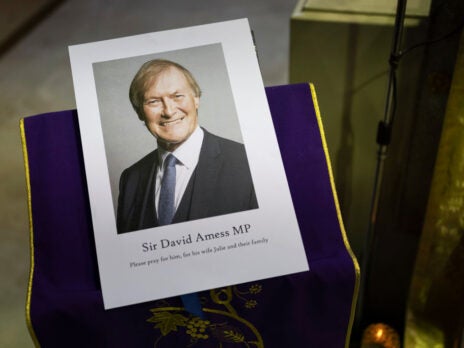 Entitled, vulgar, and about half as clever as he’d like to be, Kendall is positioned as an antihero who is never afforded that redeeming quality (competence? insight? kindness?) necessary for drawing our affections. Instead, by the end of the third series, all that could temper Kendall’s brash excess was pity.

In a concluding scene, he slumps to the ground, haunted by memories of another nuptial tragedy and balls himself up, his suit trousers dusty, while his younger siblings watch on. The Roy children cannot do compassion. Kendall, a recovering addict, has in previous moments of vulnerability asked his siblings to look after him. Instead, they pet him like an abandoned dog and continue to scheme.

There is something manic about the intensity of Kendall, and it’s mirrored by his performer. A New Yorker profile of Strong painted a picture of a man dedicated to his craft beyond the usual human capacity for embarrassment, who doesn’t seem to understand that he’s essentially starring in a comedy show.

The thousand monkeys at a thousand typewriters who’ve been writing the script for 2021 have never seemed sure if what we’re all living through is tragedy or farce. But that’s the tension that Kendall has come to represent.