Ralph Steadman was born in Liverpool in 1936, and during the Second World War his family relocated to North Wales. Having honed his technical drawing skills during military service, he moved to London in the 1950s and started work as a cartoonist. Over the course of his 60-year career, Steadman has illustrated classics such as Animal Farm, drawn album covers for bands including the Who, and produced scathing political caricatures for publications on both sides of the Atlantic (he has been contributing to the New Statesman since 1976). He is perhaps best known for his collaborations with the American gonzo journalist Hunter S Thompson, particularly for Thompson’s 1971 novel Fear and Loathing in Las Vegas. Steadman’s provocative, ink-splattered images – some of which, taken from a major new book, are reprinted here – are informed by his philosophy: “There is no such thing as a mistake. A mistake is an opportunity to do something else.”

“Ralph Steadman: A Life in Ink” is published by Chronicle Books (£45) 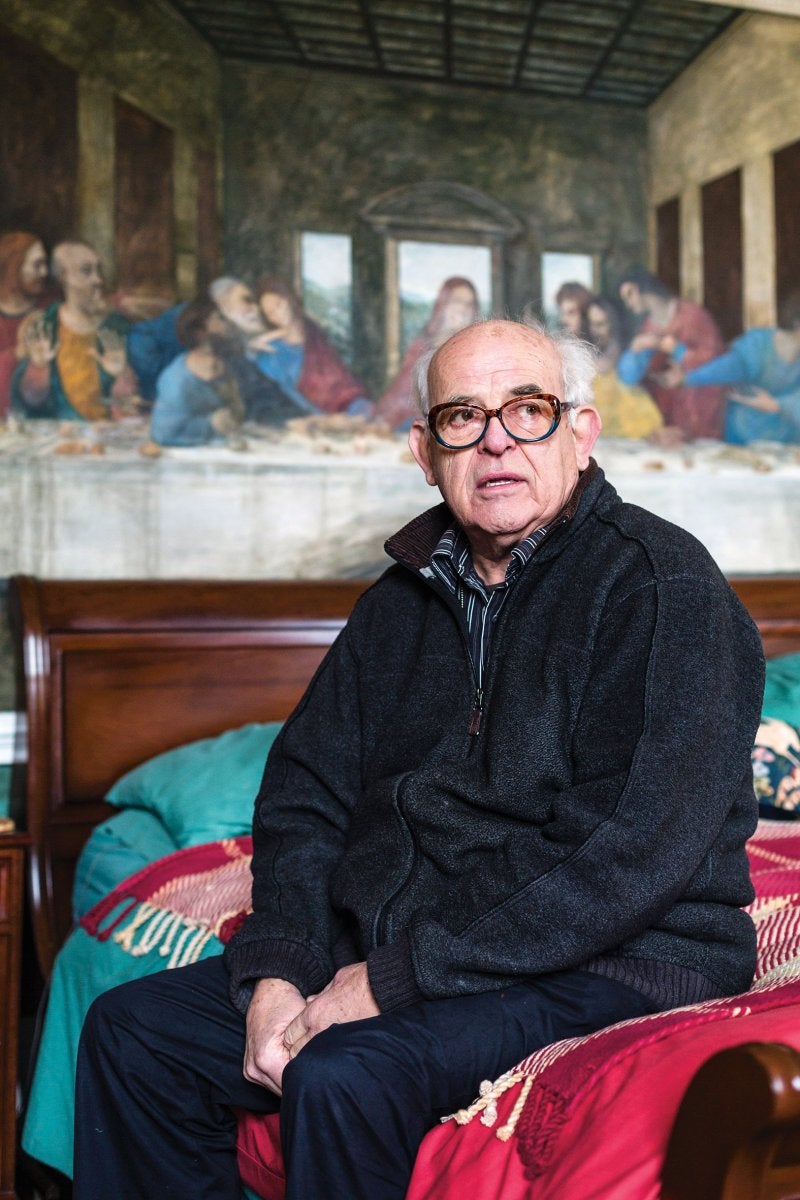 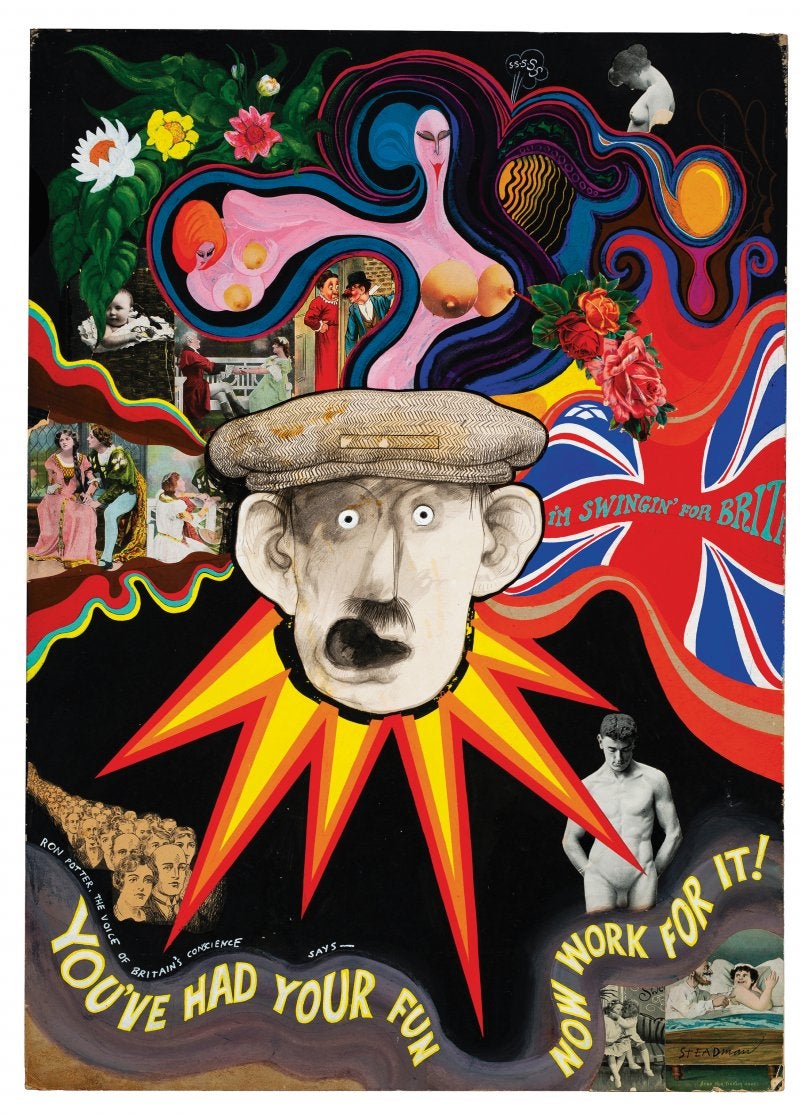 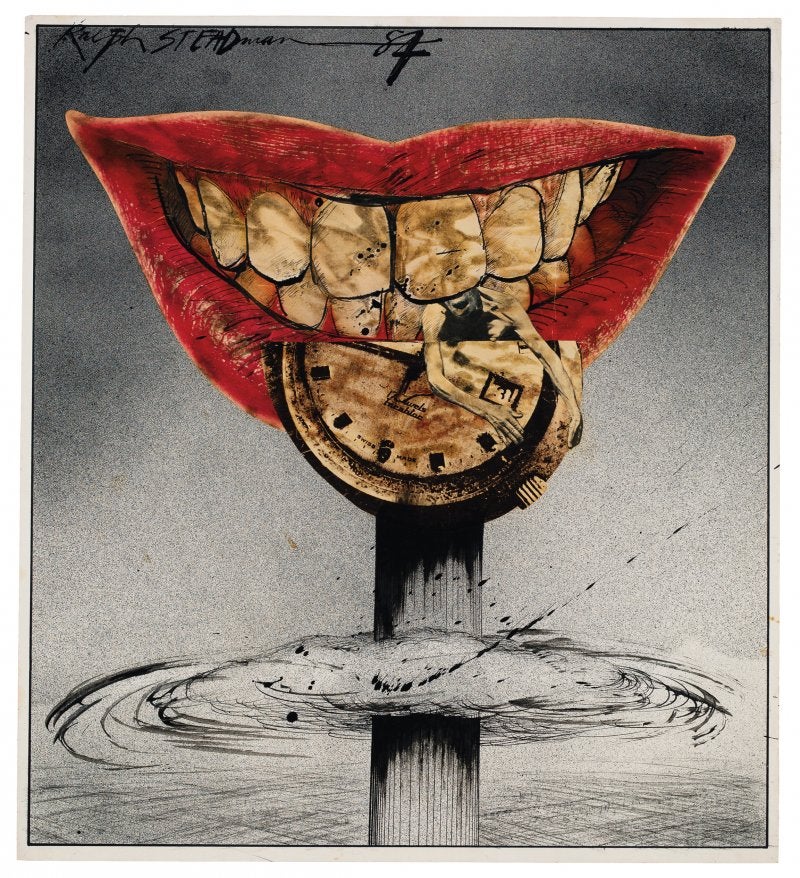 “My compulsory military service began in late 1954, and I was assigned to the RAF in Hope Cove, Devon. My training was for the role of a radar operator. I wouldn’t say I was perfectly fit for military life, but everyone was required to help protect us from the great fear of communism.”

[see also: The photo that shaped me] 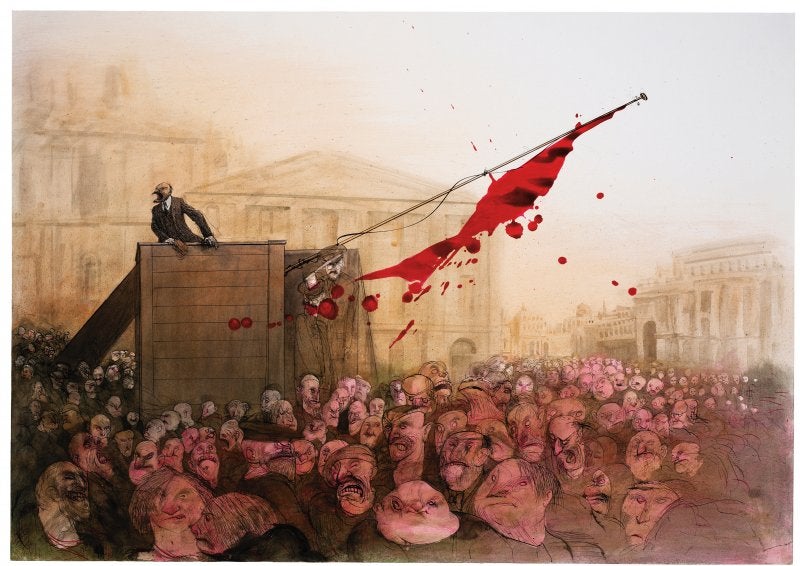 “I never really set out to cover politics, but the events of the day kept pulling me in.” 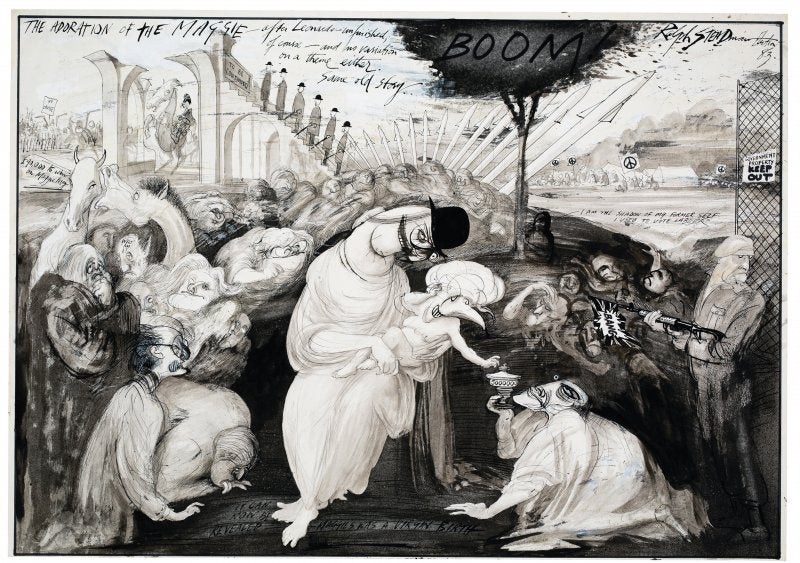 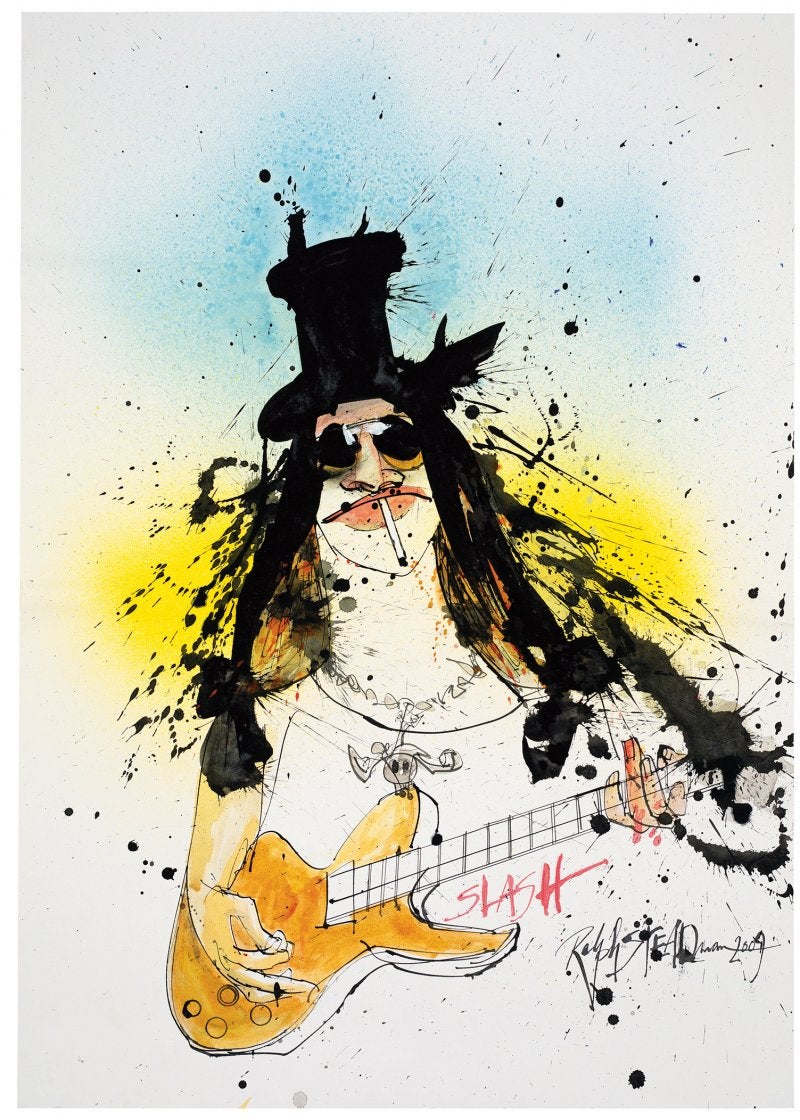 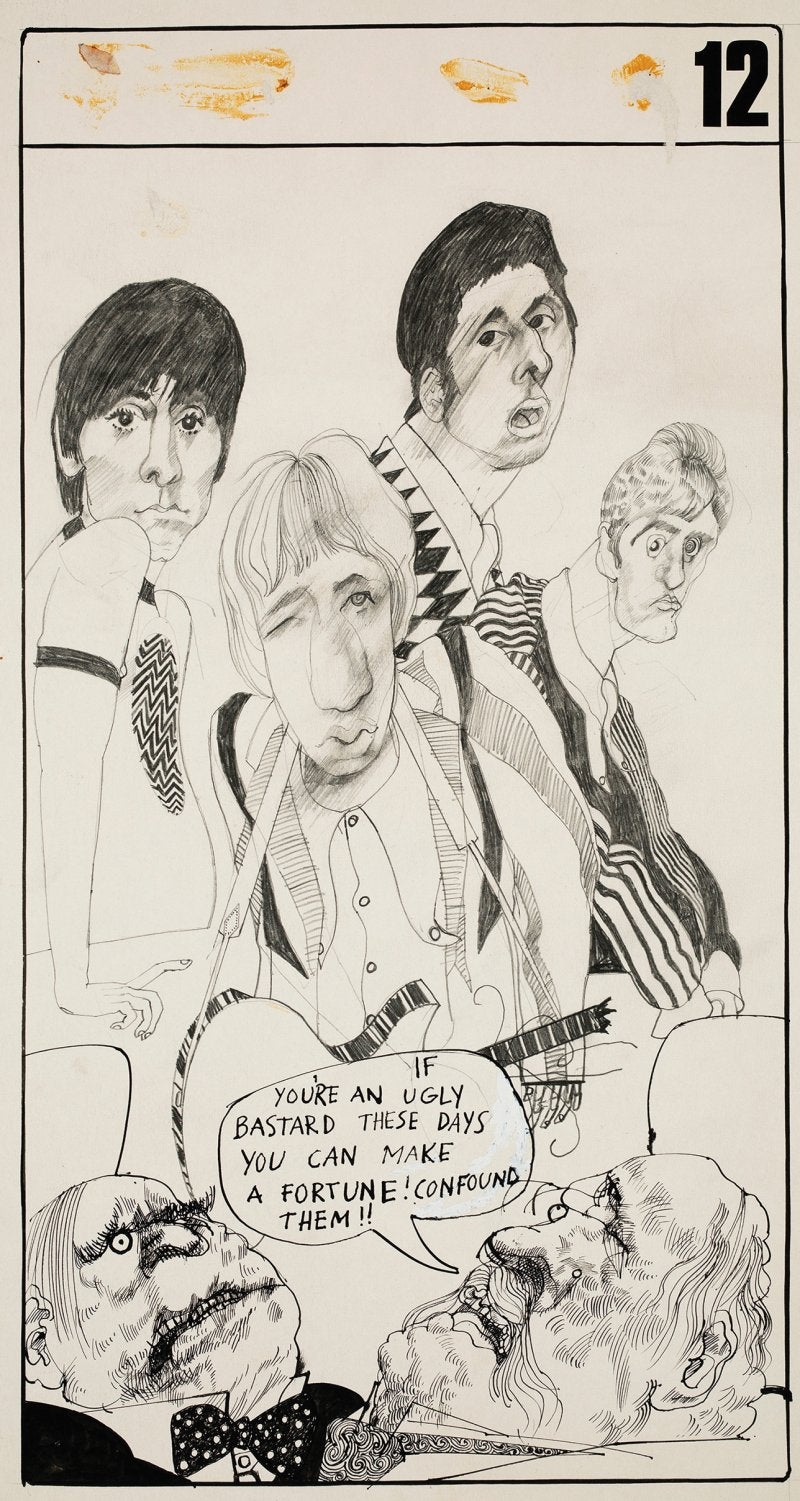 “I used to sign myself STEAD like Giles or Searle. My mum asked me if I was ashamed of my name, so I half-heartedly added the ‘man’ on the end.” 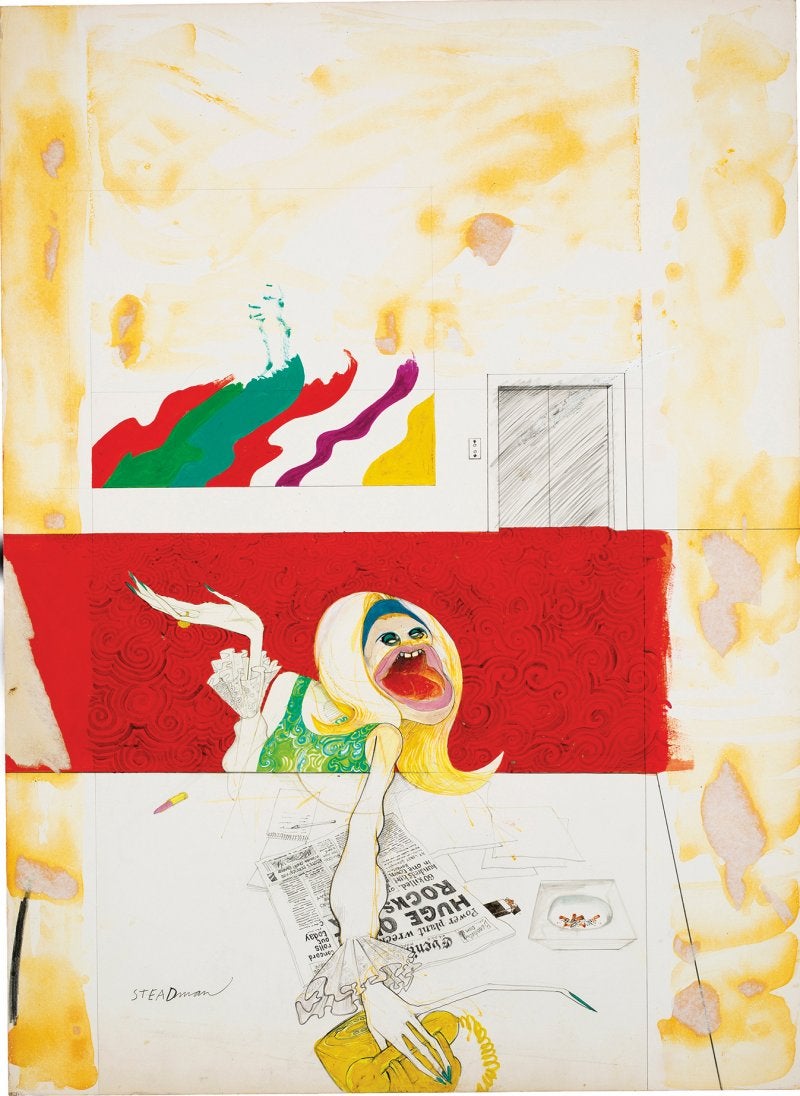 “When Hunter [S Thompson] first saw me, he said I looked like a matted-haired geek with string warts. I had a small goatee at the time, and that was unusual in Kentucky back then. He said, ‘They said you were weird, but not that weird.’” 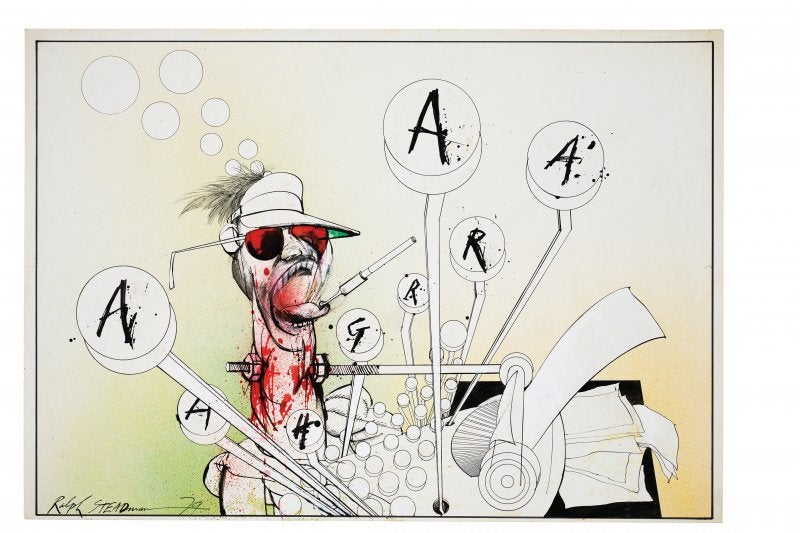 “The injustice found in previous decades still continues, and is worse in many ways. People need a voice, and the events of today are not surprising.” 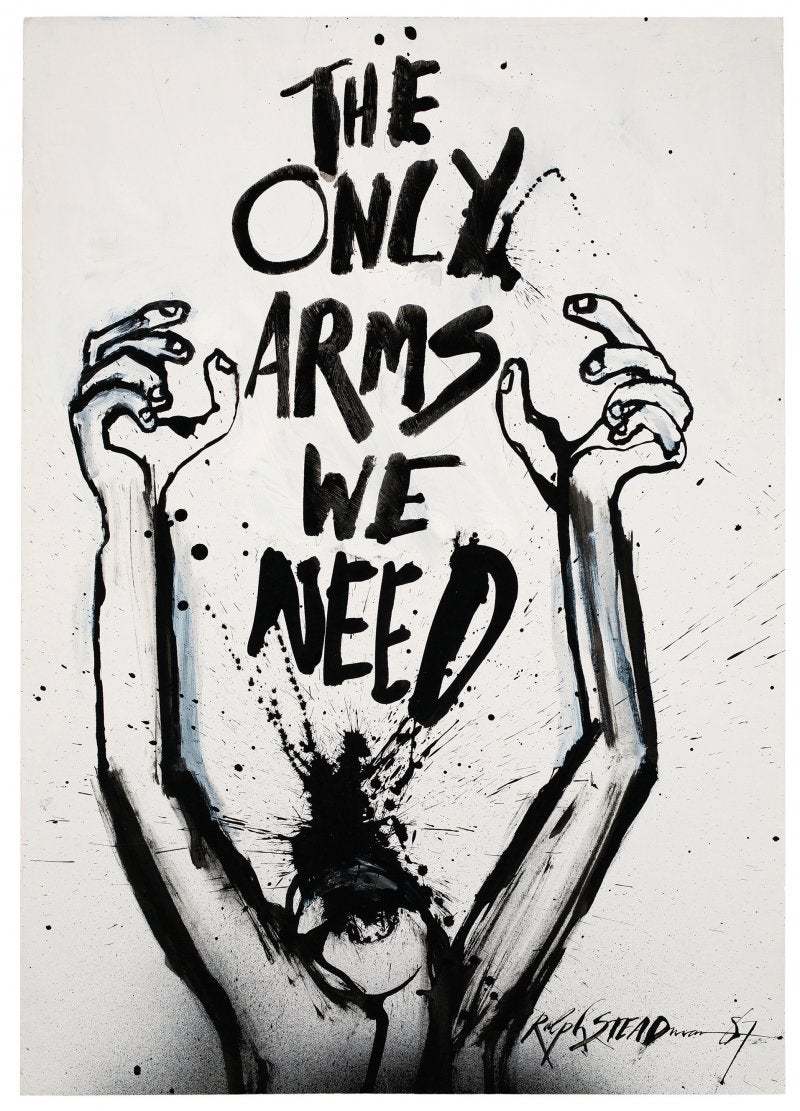 “We have a complex and challenging world, and I feel it’s my duty to Confront The Menace – whether that be your local constable or the president of the United States. People can make change happen, and the governments can be made to do the right thing – if we step up and demand it.” 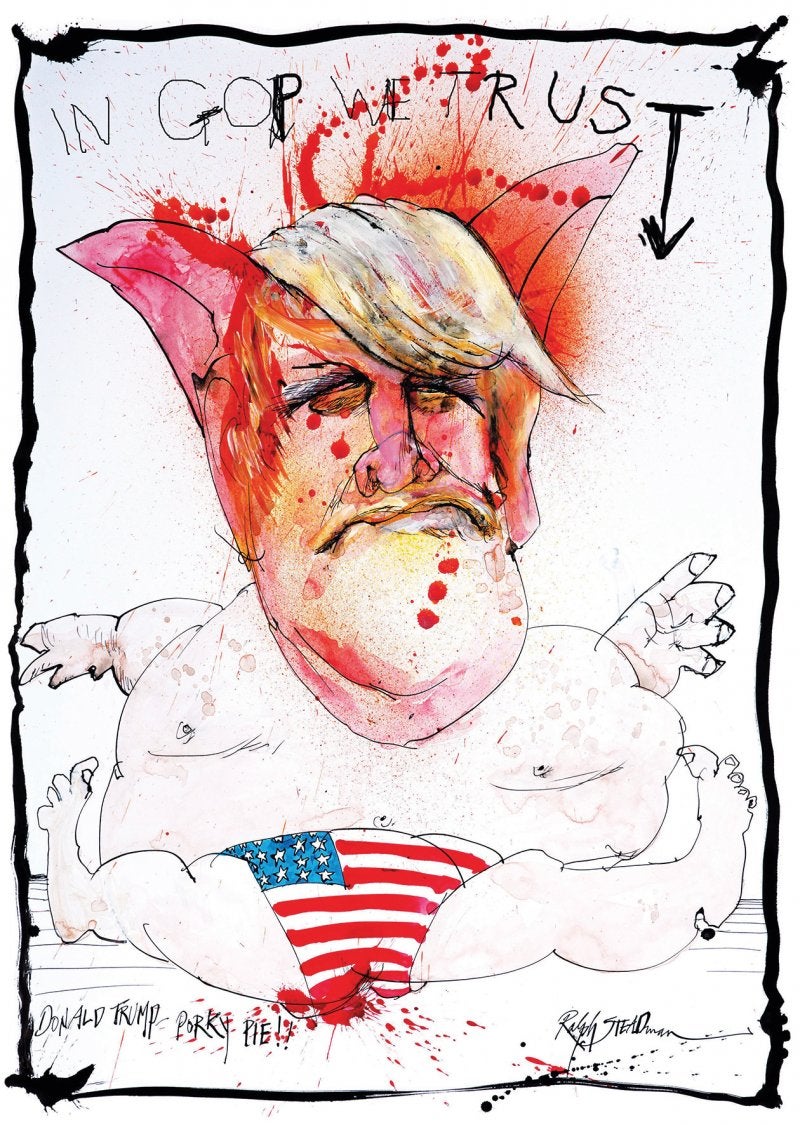