With the end of the first phase of the pandemic now approaching, the main parties are setting out their plans for the UK’s economic future. Labour and the Conservatives have both presented their green recovery programmes. That both parties are focused on this agenda is a tribute to the work of the climate movement in recent years. Protests have successfully pushed the issue to the forefront of British politics, with the UK becoming the first major economy to enshrine a commitment to net-zero emissions in law. Boris Johnson has for some time been brandishing his government’s green credentials. The “ten-point plan” he unveiled on 18 November finally adds some substance to the bragging.

There has, nonetheless, been understandable cynicism about this government’s green commitments. The Prime Minister who once scoffed at wind power – “unable to pull the skin of the rice pudding” – now wants half of the UK’s electricity to originate from that source. The same Conservative Party that slashed subsidies for renewables technology, including Carbon Capture and Storage (CCS), now wants to make Britain the leading country in the world for CCS.

But if nothing else, Johnson has a certain flexibility of mind. And there is every reason to believe that this government will take its “green revolution” very seriously indeed. The hosannas greeting the ten-point plan from new Conservative MPs in former “Red Wall” areas show why: not only does green investment create jobs, it is likely to do so in exactly the places Tory deindustrialisation ravaged. Hull, hampered by the decline of fishing and the loss of seafaring jobs, now has a major wind turbine manufacturing facility. Tees Valley’s Conservative metro mayor, Ben Houchen, has put the development of a CCS cluster at the centre of his plans for the north-east. Support for modular nuclear power should be no surprise: aero-engine manufacturer Rolls-Royce has been hammered by Covid-19, as has the entire aerospace industry. But modular nuclear offers an opportunity for Rolls-Royce and others to redeploy existing resources. 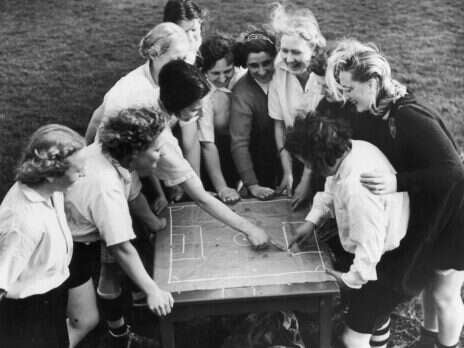 The sweet spot for the current round of cleantech developments is almost upon us: onshore wind is now the cheapest source of electricity, while advances in battery technology are turning electric vehicles into a plausible mass-market alternative to fossil-fuel transport. Private sector investment is racing to catch up and the need for continued state intervention is declining: with just a nudge or two, the market can be steered towards recognisably green outcomes. This means that eye-catching announcements – notably the ban on new petrol and diesel vehicle sales in the UK by 2030 – are easier to make since, in this case, car manufacturers are already close to making the transition.

On an international level, the UK can point to the record of the past decade: the biggest decline in carbon emissions of any major economy, with overall emissions down a third, alongside enough economic growth to seemingly make the case for a market-led approach to decarbonisation.

If the Tories get it right, there is a big prize for them: an eco-friendly Conservative hegemony: new manufacturing jobs; enough greenery to keep the remaining Cameron-era liberals onboard; and a new global role for Brexit Britain as a post-carbon powerhouse. The UN climate change conference (Cop26) in Glasgow next November will be a crucial moment for the government: an opportunity to showboat for a domestic audience, while demonstrating the UK’s prowess in a new world of climate action. The election of Joe Biden as US president and China’s unexpected tightening of its own carbon targets increase the opportunity here.

Will it work? Most likely not, for two reasons. The first is an overestimation of the technological possibilities. The frontier of the possible has shifted, but not quite as far as the Tories’ spending plans imply.

Forty gigawatts (GW) of offshore wind by 2030 is a major commitment, but one already made in the Conservatives’ 2019 manifesto. The plummeting price of wind has radically shifted the economics of low-carbon electricity. If the target is met, it would be sufficient to supply around half the UK’s forecast electricity demand by the end of this decade.

But it’s a big if. Forty GW needs putting in context. Meeting the installation target will require around 4GW of offshore wind to be constructed every year until then. The average installation rate for offshore wind over the past decade was 0.9GW; 4GW a year would mean installing an average of one turbine a day, every weekday, for the entire decade. Aurora Energy estimates the cost of this as nearly £50bn in total, twice as much as total UK offshore wind investment in the past decade.

The money pledged by the government in its ten-point plan (around £12bn, including £4bn of new money) is nowhere near this sum. Ministers will depend on the private sector to do more heavy lifting than it has managed so far, which carries a risk that is anathema to some Tories, of rising consumer bills.

The second difficulty is domestic, and political. Labour may have more obvious factional divides than the Tories, but it only really has one that counts (between Corbynites and non-Corbynites). The Tories’ divisions are not quite so obvious, but there are enough of them to lead to haphazard policy. One of those factions, aided by the Treasury’s inveterate opposition to long-term investment, favours rapid repayment of the Covid-19 debt. Another wants taxes to be cut. A third remains delusionally unconvinced that climate change is happening. All three will get in the way of the ten-point plan unless Downing Street is prepared to knock them aside. Dominic Cummings might have done, or at least tried to, or at least briefed that he was trying to. Johnson, left to his own devices, might not.

But there is a broader issue. Labour has returned to the fray, pre-empting the Tories’ announcement with a significantly more ambitious pledge to create 400,000 jobs across the country. The plan for the technology of loft insulation is a win-win-win in carbon terms: creating jobs, reducing household energy bills, and cutting emissions.

Politically, it is smart too: while the Tories have bet the wind farm on a few key technologies, Labour’s approach promises both more jobs and more reliable emissions reductions. It includes investment in electric buses, a far quicker route to emission reductions than electric cars alone. Piece by piece, Labour’s front bench have been outlining a viable post-Corbyn economic programme: opposition to austerity, investment to create jobs, and radical environmental commitments.

There is a danger. It is not clear spending arms races impress voters – the 2019 general election should tell us as much. The differences between astronomically large numbers are heavily discounted by all of us – who, after all, can truly visualise the difference between £100m and £10bn? – and very few of us have a meaningful way of registering success or failure against abstract emissions targets.

Labour could build on the other legacy of Corbynism and adopt a more down-to-earth approach, rooted in people’s everyday experience of the economy. Onshore wind, for example, is now so cheap that smaller-scale investments are becoming economically and ecologically viable. Placing these into local and community ownership – as happens across Denmark and Germany, and as some schemes have done here – puts the wealth in the hands of local communities and creates an immediate source of revenue and jobs. A story about rebuilding locally can challenge some of the Tories’ national grandstanding.

What both sides continue to miss, however, is the future cost not of mitigating climate change – of attempting to reduce the damage – but of adaptation to it. We have sailed past every grim milestone on the way to irreparable damage already. Even with a sudden stop in emissions – something that not even worldwide lockdowns achieved – the stock of greenhouse gases already in the atmosphere will continue to drive up average temperatures. Estimates from the World Wildlife Fund suggest that the cost of this damage to the global economy will be $10trn by 2050, with the UK suffering an annual loss of $21bn as floods and extreme weather events become more frequent. Add the high but uncertain costs of future pandemics and it becomes very clear that economic questions will be dominated by the terrible costs of the Anthropocene. Labour’s emergency plan, unlike the Tories’, includes a significant increase in flood defence spending – a start, but more such policies will be required.

The political economy of climate change mitigation might, perhaps, work towards creating a new Conservative hegemony. But the political economy of adaptation – of the need for shared, social protection – points in quite a different direction. There is a language and a programme that Labour can start to develop in its favour.