One of the many strands that entwined to form what we know as the Renaissance was the rediscovery of ancient texts. When, for example, a manuscript of De rerum natura (On the nature of things), a poetic treatise on Epicureanism by Lucretius (circa 99-55 BC), was found in 1417 in a Benedictine library in Fulda in Germany, it caused a sensation among scholars and humanists: here was lost wisdom miraculously come back to life. Not all classical works were as sensational and other, familiar texts were revisited by intellectuals determined to subject them to the new spirit of enquiry.

One of these was De materia medica (On medical material), a manual of medicinal plants written in the mid-first century AD by Pedanius Dioscorides, a Greek physician serving in the Roman army. His pharmacopoeia had been in use pretty much ever since, but in 1544 it was translated into Italian – and revised, corrected and updated – by a Sienese doctor named Pietro Andrea Mattioli. The translation went through at least 36 editions and although its importance seemingly lay in its organised classification of useful plants to aid doctors and apothecaries, it also inspired a small revolution in the depiction of the natural world. 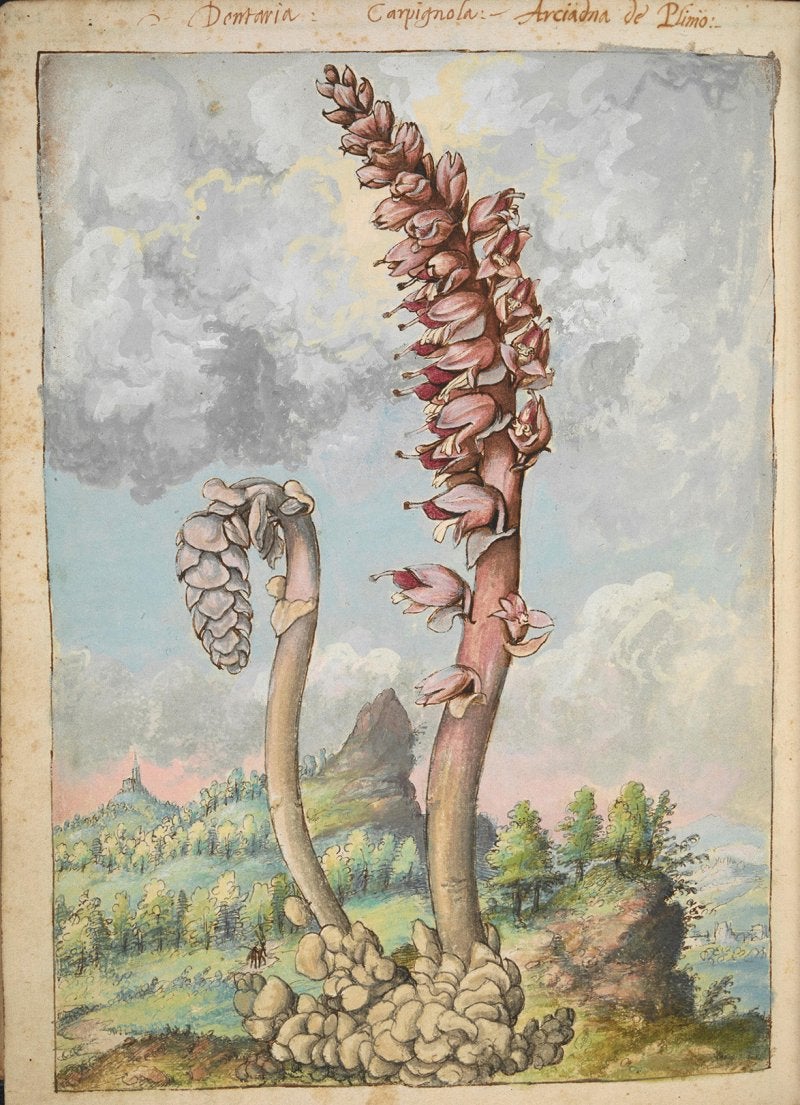 A copy c1564-1584 in the British Library contains 131 magical full-page watercolours of plants set against landscape backgrounds by an artist-botanist named Gherardo Cibo. Each plant is recorded in unprecedented detail – green and white hellebore, olive and laurel, plantain and love-in-a-mist. When Cibo’s brother Scipione sent Mattioli samples of the pictures the physician-author was quick to recognise their worth. So perfectly did they reflect nature that he described them as “a mirror of purest crystal”.

That pure crystal was new. Pliny in his Historia naturalis revealed that classical botanists had tried to produce illustrated books but abandoned the attempt when, after the original image was copied, recopied and re-recopied for each new manuscript, the illustrations no longer bore any resemblance to the plant they supposedly represented. As a result, by the 15th century, woodcuts came to be used in medical plant treatises – herbals. These, often rough and ready and coarsely printed, were of little use to pharmacologists needing to recognise plants.

Where most botanists employed artists to accompany them on plant collecting field trips or paid them to paint samples they brought back, Cibo (1512-1600) was himself a botanist of repute. In 1532 he started to collect plants and dried and pressed them into a book which, over the course of his life, he updated – refining his classifications, recording where and when specimens were found, and who accompanied him. His herbarium is the earliest surviving example in Italy. 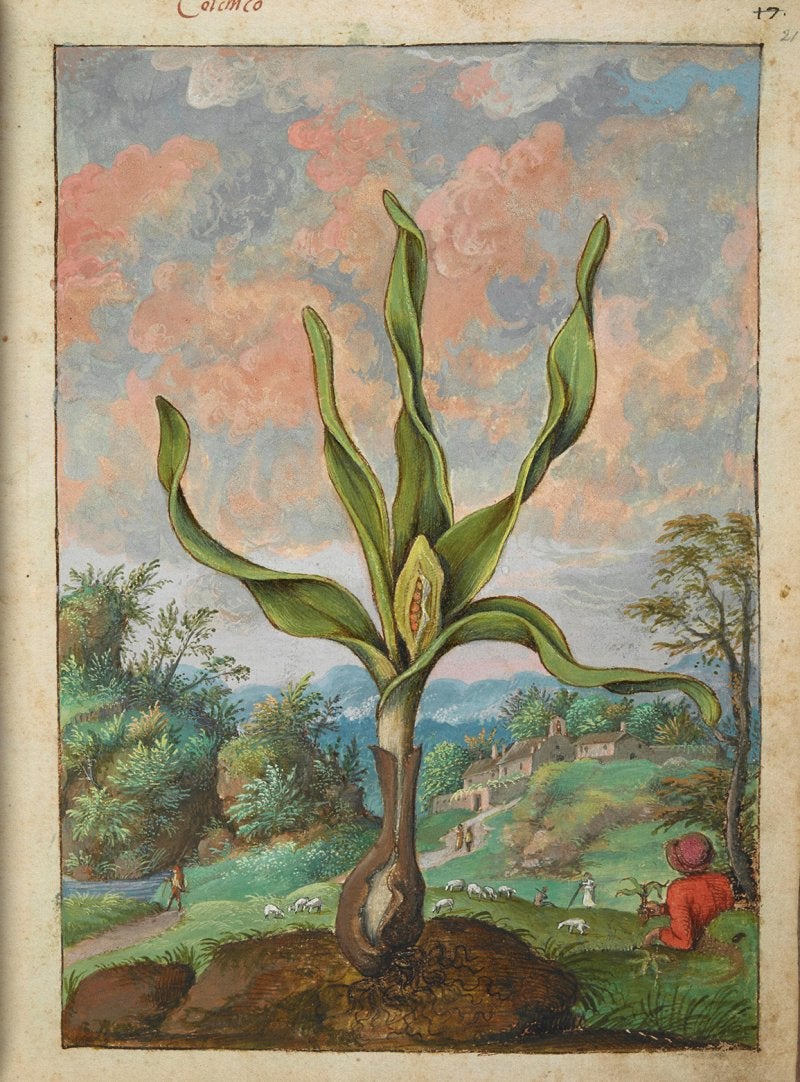 Most botanical illustrations of the period had plain backgrounds but the delight of Cibo’s lies in their teeming landscapes. Their variety came from his own travels. The details of his life are sparse, though it is clear that he was born with means. He was both the great-grandson of Pope Innocent VIII and related to the Della Rovere family, dukes of Urbino. As befitted a well-to-do son, he had a humanist education and studied first in Rome and then in Bologna with Luca Ghini (who in Pisa in 1544 founded the first botanical garden in Italy). Cibo was meant for the priesthood but instead attached himself to the papacy and was sent as a diplomat to the courts of the Holy Roman emperor Charles V in Spain, the Low Countries and Germany. The missions suited him well; as his contemporary, the philosopher and physician Andrea Bacci, remarked, Cibo was “not content” to work just in Italy and foreign trips broadened both his scope for plant hunting and his exposure to art.

His public career was short-lived and in 1540, at 28, he retired to Rocca Contrada (today Arcevia) near Ancona in Le Marche and devoted himself to botany and drawing. Cibo was an accomplished self-taught artist and produced numerous landscape drawings – of which some 150 survive – rendered with great delicacy, the fine detail he had learned from Flanders painting, and an eye for the unprepossessing corners of nature. In later life he wrote a treatise on the techniques of landscape painting. Cibo’s landscapes, however, were for his own diversion or as gifts to friends, which helps explain why for many centuries they were mistakenly attributed to someone called Ulisse Severini da Cingoli, who was in fact a collector whose name was written on an album containing some of the drawings. 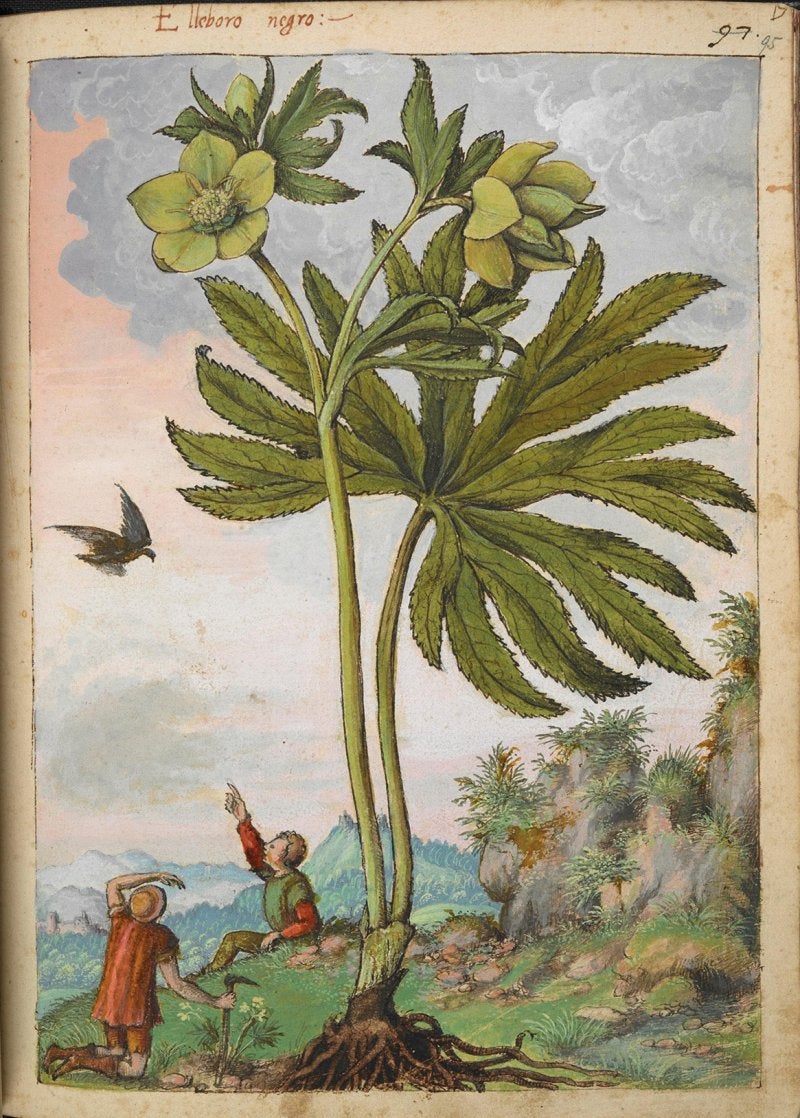 For all his scrupulous record keeping, the landscape backgrounds to Cibo’s botanical pictures don’t always correspond to the places where the plants were found. They show instead a man who revelled in the countryside. Some of the landscapes are invented while others are amalgams of real scenes – crags and castles, waterfalls and meadows, shepherds and fishermen. Many also show his pride in his profession: some of the figures that people these miniature worlds are botanists in the process of discovering, collecting and noting samples.

The plants may tower over these vibrant views – with their remembrance of medieval manuscript illuminations – but together they show that botany was no dry specialism, but inextricable from the land and its life. It was a holistic view and by extension a religious one; Cibo’s pictures are, in their way, as heartfelt a homage to God’s ­bounteous creation as any altarpiece. 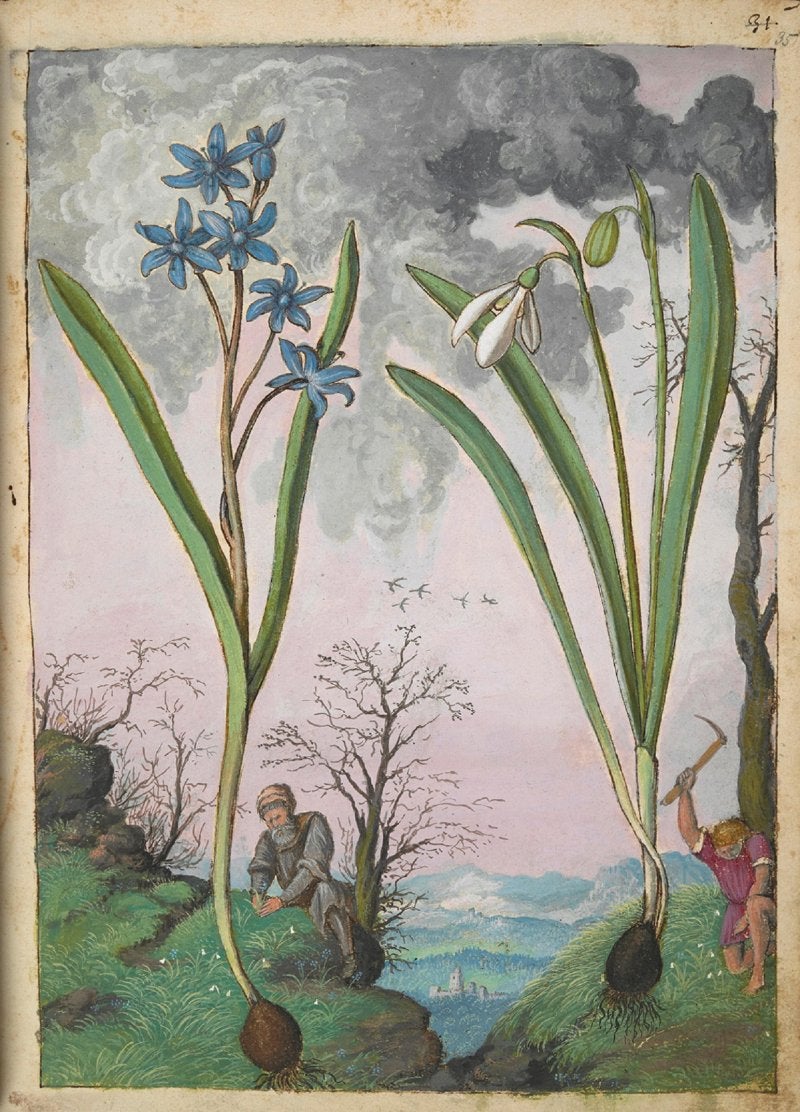