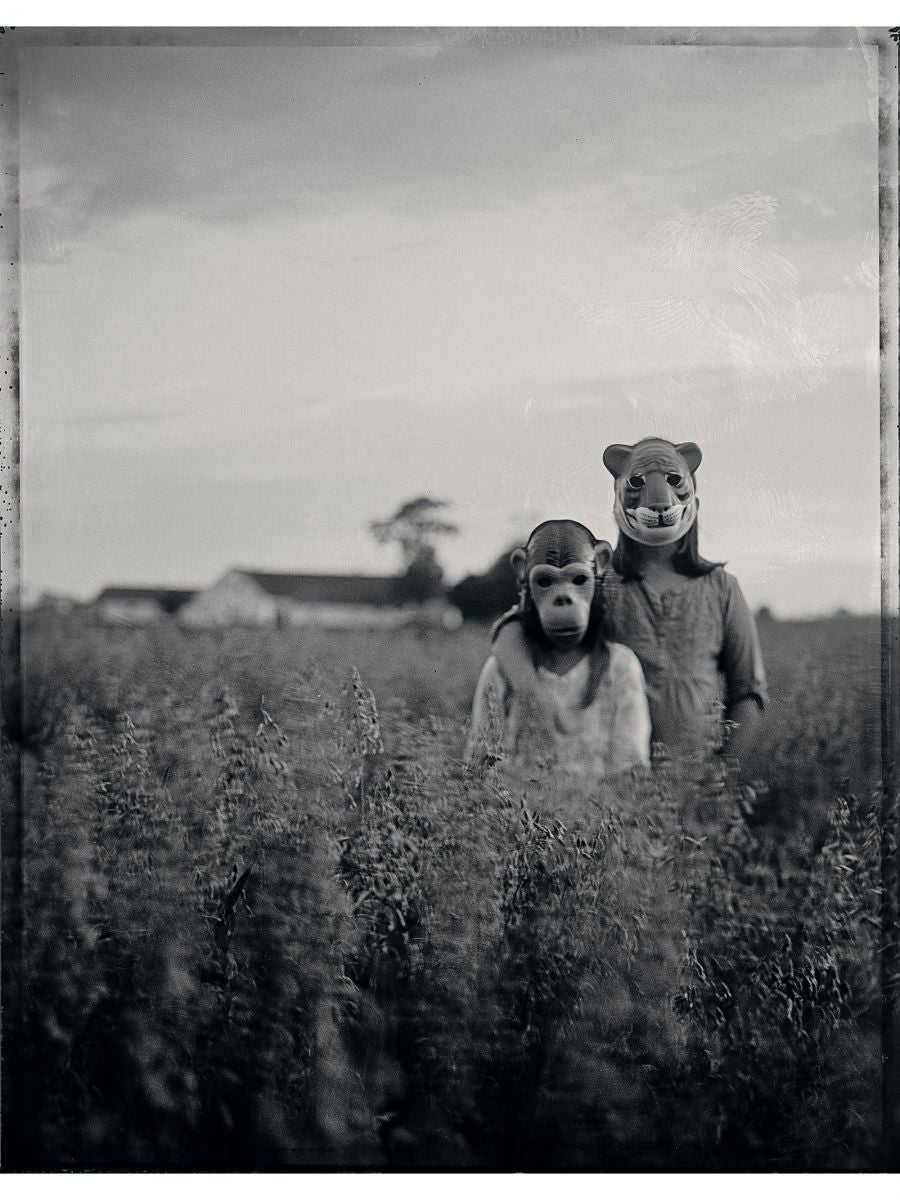 Relative value: chimps may be the only other animals on the planet that know instinctively that life is finite. Photo: Peter Eriksson

I want to start with a luminously beautiful – and luminously profound – quotation from Vladimir Nabokov’s autobiography Speak, Memory. He writes: “The cradle rocks above an abyss, and common sense tells us that our existence is but a brief crack of light between two eternities of darkness.”

“Common sense”. I believe that the knowledge of this state of affairs is the fundamental truth about our human nature: the fact that our lives simply amount to our individual occupation of this “brief crack of light” between two eternities of darkness shapes everything that makes us human and is responsible for everything good – and everything bad – about us.

You might argue that if you believe in a religious faith, where life and an afterlife are ordained and somehow controlled by a supernatural being – a god or gods – then this awareness of our temporal, bounded existence in time doesn’t apply. In response, you might counter-argue that religious faith  is created expressly to confound and disprove this primordial conviction: a faith created, as Philip Larkin put it, to “pretend we never die”.

But whatever the nature of a faith in a supernatural being, or beings, and whatever its unprovable postulates, I am convinced that what makes our species unique among the fauna of this small planet circling its insignificant star is that we know we are trapped in time, caught briefly between these two eternities of darkness, the prenatal darkness and the posthumous one. That consciousness we possess – that this is it, that the time we have on earth is not a dress rehearsal for immortality in some notional heaven, nirvana or paradise – is hard-wired into our very being at an elemental and immovable level.

None of the other animals on this planet shares this self-awareness, this consciousness – except, perhaps, chimpanzees, our closest cousins, separated from us by the tiniest difference in our DNA. No one can yet scientifically establish that chimpanzees possess a kind of self-consciousness like our own but the fact that chimpanzee society is as Manichaean as our own, and spookily similar – light and dark, very altruistic and loving and simultaneously very evil – backs up the supposition that what we share in our genetic make-up may include a form of time-awareness: that we know instinctively our lives are irrevocably finite, and that therefore determines what we are and how we act.

Is our viciousness, the manifest, unspeakable evil in our behaviour, as much a sign of that self-consciousness as the unselfish, sacrificial good we are also capable of? Only human beings and chimpanzees gratuitously and knowingly inflict pain on themselves and other species. Only human beings will knowingly sacrifice themselves for the greater good of others. Recognising these opposing tendencies in ourselves, we – Homo sapiens – have evolved, over centuries, moral codes to try to check our worst excesses. To a significant degree these self-imposed edicts of behaviour work, broadly, in our various societies – though you just need to switch on your television set or open a newspaper to see where and how they can lapse all too easily.

“The prison of time is spherical and without exits,” Nabokov says. What to do in the face of this universal, inescapable penal servitude? My own feeling – and this again is what makes us human – is that we all yearn for one thing. Just as it’s hard-wired into our consciousness that we live between two eternities of darkness, so we search for some factor to alleviate and compensate for that brutal reality. And the compensation we seek, I believe, is love. We want to love and we want to be loved, every single one of us. As the song says: “The greatest thing you’ll ever learn/Is just to love and be loved in return.” That’s what makes our sojourn in the time-prison bearable – more than bearable: redemptive – life-enhancing, time-evading. If you’re lucky enough to experience that emotion then you’ll have savoured the best, the ultimate, that the human predicament can offer.