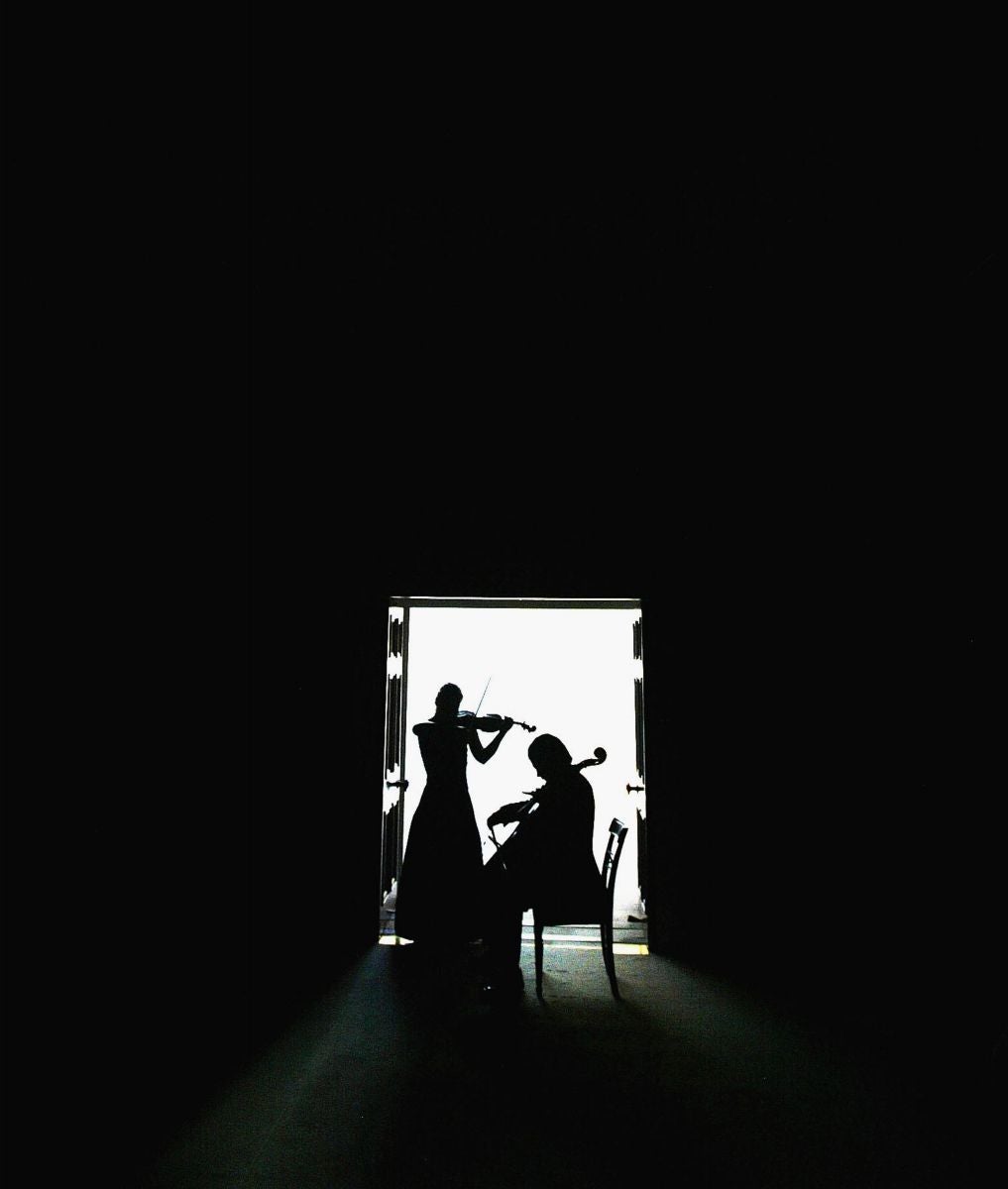 “I used to go to sleep every night to the sounds of my parents practising.” Photo: Getty

The other day, during an interview with a rather intense journalist in Armenia, I was asked a question that took me aback: “Coming from a musical family, did you feel more privilege or pressure?” I replied – almost immediately – “more privilege, of course”. But the question did get me thinking about what the effect of belonging to a family of musicians has on a child’s life.

Music was like an extra language in our family, one we all spoke. My father was a very keen amateur violinist, my mother a piano teacher, and my sisters both played piano for as long as I remember. The elder, Annette, is now a professional violist, as well as producer and arranger, while my middle sister, Rachel, is a professional violinist. (Perhaps the most expressive musician in the family, however, was our dog Dandy, a Dandie Dinmont Terrier of vast intellect and noble character – and impressive musical integrity. He would invariably howl a heartfelt accompaniment whenever any of us played Mozart’s piano sonata in C major, a particular favourite of his; but if we dared to change key – playing it a semitone lower, for instance – he would instantly break off and glare at us accusingly.) Obviously, with the piano, the violin and the viola taken care of, a cello was needed; and that was why I was taken to a local teacher to begin lessons when I was six.

The musical calling came from beyond our immediate family. While my mother’s background was not especially musical, my paternal grandfather was a pianist and composer famous in his day, Julius Isserlis. Julius was born in Kishinev in 1888. He was a child prodigy who was accepted to the Moscow Conservatoire at the age of 10 – a particularly impressive honour given that he was Jewish. His teachers there included a legendarily fierce piano professor called Vassily Safonov, who regularly reduced him to tears over the next six years or so, and for composition the great Sergei Taneyev, favourite pupil and later musical confidante of Tchaikovsky, and himself teacher of Rachmaninov, Scriabin and Medtner. Julius enjoyed a successful career within both Russia and the Soviet Union, until in 1922 Lenin decreed that 12 Soviet musicians should travel abroad with their families in order to spread the word about the cultural glories of the Soviet Union. A fine idea – except that not one of the 12 ever went back. Julius, with his wife Rita (also a pianist) and my father George, then five years old, settled in Vienna, lured by the same charms that had ensnared Haydn, Mozart, Beethoven, Brahms and countless others. (Not entirely relevant to the subject of this article, but this story is a favourite of mine: among their first tasks was that of finding somewhere to live. My father vaguely remembered going to see an apartment owned by a hausfrau of 102, who was friendly enough until she discovered that Julius was a musician. “I hate musicians,” she declared. “Why?” “Because I remember that when I was a little girl, my aunt had a lodger who was a filthy old man who used to spit all over the floor. Euagh!”  “But who was that?” “Beethoven!” So, for many years before he died in 2012, I am sure that my father must have been the last person alive to have met someone who had met Beethoven.)

Life in Vienna, not surprisingly, became increasingly difficult as time went on, and anti-Semitism increased. Luckily, Julius happened to be in England, playing here for the first time, when the Anschluss took place in 1938. He stayed here, Rita and George finally joining him some months later. My father, after being briefly interned as an “enemy alien” on the Isle of Man – where he roomed and played chamber-music with future members of the Amadeus Quartet – settled in London, and built up a career as a metallurgist.

Music remained his driving passion, however, and also my mother’s. I used to go to sleep every night to the sounds of them practising their violin and piano. (A few years ago, we found a privately recorded 78 of them playing together; we had it put on to CD for George’s 90th birthday – it is actually quite beautiful!) As far back as I remember, Annette and Rachel were already having music lessons. The sight and sound of my older sisters playing their instruments was a tremendous spur – I had to do something similar, or I would be left out. So – after a false start at the age of four or five when I refused to play on the right side of the bridge, driving my poor teacher to distraction with the horrible squeaky noise that made – I joined in. The house was alive with the sound of music; perhaps we were not the best neighbours, but we were too involved to give others much thought.

Occasionally the five of us (with Dandy adding a descant if he was in the mood) would play quintets together. That was not an unqualified success, I have to admit, rehearsals frequently ending in tears. But of greater effect were the times that Annette (on piano in those days), Rachel and I would play trios together. Playing chamber music with two older sisters of whom I was a bit in awe has had a huge effect on my musical life. These days I like to describe myself as essentially a chamber-musician – even though I spend most of my life playing concertos with orchestras. I was taught, by my sisters as much as by my teachers, to listen to other voices, to treat music as a conversation between equals. It was a very different upbringing from that of the prodigy who is put in a room by him or herself and made to practise eight hours a day, learning to play louder and faster, the main aim being to win competitions.

Of course, there were pressures on us too. We were entered far too soon for competitive music festivals – something I would never suggest for a musical child. Music is not a competitive sport. And sometimes it was hard for my sisters, who were less lucky in their childhood teachers than I was. At the age of ten, I had been sent to study with an extraordinary lady called Jane Cowan. She had studied general musicianship with Donald Tovey – still one of the most revered writers on music of all time – and cello with Emmanuel Feuermann, famous for his total command of the cello. (Much later, I would get to play his Stradivarius cello for many years – a satisfying connection.) Jane was an inspiring teacher; she gave me the feeling that the composers were in the room with us, fascinating, humorous beings who could become my friends for life. It was her influence that led me to renounce my earlier ambitions to be either a rabbi or a footballer, and to devote myself to the cello; and it was also my memories of those early lessons that inspired me later to write two books for children about composers, in the hope that my young readers would also make friends with these glorious (if complicated) beings.

Jane’s influence percolated into our home, as a great teacher’s will. Although she could not teach Annette or Rachel their instruments, she suggested better teachers for them than they’d had previously, and she coached us all in chamber music together. And so the family musical bond prospered, as we grew older and started to play professionally. Annette, Rachel and I grew up knowing many of the same people, because we work with them.  Having been exposed to the same musical influences as children, we have pretty similar tastes; that is a huge link between us – like having a similar sense of humour. Some siblings drift apart as they get older; that couldn’t really happen to us, because we are always meeting at concerts – our own and those of our friends. We all married musicians, and have passed on the musical genes to our children – Rachel’s two daughters Isabel and Natasha, and my son Gabriel, who play viola, cello and cello respectively. No matter that of the three, only Isabel is training to be a professional musician; the musical link is there. At Christmas, the three children used to read through chamber music for fun; it was a melting sight.

So, apart from all the arguments for a musical education that are regularly put forth – music, we are reliably informed, is good for both brain and character development, as well as for a child’s happiness (it’s true that a child humming Mozart is likely to be a happy child) – I would say that some sort of connection with music is an overwhelmingly positive feature in family life. Of course, our family is exceptional in that we three siblings chose music as a profession; but that is not at all essential. Music is something that everyone in the family can share – either as players, on whatever level, or as enthusiastic listeners, telling the players how wonderful they are.