The Italian prime minister, Silvio Berlusconi, did not attend this year’s ceremonies to celebrate Italy’s liberation from fascism. His ex-cuses were fatigue (caused by Iraqi war diplomacy) and the nearest thing he has to a war wound – an arm injury he allegedly sustained during a lightning visit to the rescue operations that followed last year’s earthquake in southern Italy, in which 26 schoolchildren died. Funnily enough, he had never mentioned the injury before.

But then, celebrating the downfall of Benito Mussolini is a tricky one for Berlusconi. The Alleanza Nazionale, the partner party of Forza Italia in his governing alliance, the Casa delle Liberta, is the direct successor to Mussolini’s blackshirts; one of the Alleanza’s leading members, Ignazio La Russa, has called for Liberation Day, celebrated every 25 April, to be banned. Moreover, Sandro Bondi, a spokesman for the Italian premier, has said that Italian communist partisans were “guilty of excesses”. On the other hand, the grandfather of Berlusconi’s wife, the actress Veronica Lario, was himself a partisan and among 700 people, including women and children, killed by Nazi SS troops at Marzabotto, a mountain village near Bologna, in September 1944.

Italy never saw the equivalent of the reprisals that were taken against Nazi collaborators in France, and many in the current government have good reason to hope that the fog of the Second World War will never lift. In particular, they will hope that not too much light is shone on Operation Husky as we approach its 60th anniversary.

Husky was the code name given to the Allied landings on Sicily in July 1943 which led to the overturn of Mussolini and Italy’s exit from the war. Half a million Allied soldiers took part in the 38-day invasion; 30,000 British and US troops died, as did 20,000 Sicilians – by far the biggest loss of life in the country’s long history of foreign invasion, dating back to ancient Greece.

Angela Merkel’s long chancellorship is nearing its close, but Merkelism will live on 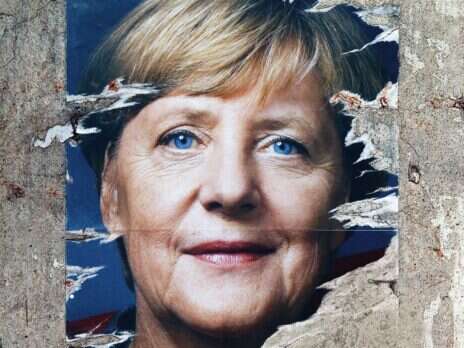 Given Berlusconi’s support for the Anglo-American troops in Iraq, and his pro-American stance on just about everything else, you would have expected him to jump at the opportunity to hold a party in Sicily, where all 65 deputies belong to the Casa delle Liberta. But so far there are no plans to celebrate the anniversary, even though it will probably be the last chance to honour the surviving veterans of the campaign. The reason, one suspects, is that there are too many skeletons in that particular cupboard.

During the invasion, Allied soldiers met little local Italian resistance. Although there were no crowds with flowers to greet the troops, as there were later in Paris, most Sicilians were glad to see the back of the fascists. The main fighting was with German forces; most of the Sicilian deaths were civilian. Many of the military casualties drowned before they reached land. Malaria took its toll, too.

But Operation Husky also marked the beginning of the modern Cosa Nostra’s control over the island and over much of Italian economic and political life. Before 1943, the “men of honour” controlled the local economy but stayed away from antisocial activities such as narcotics and politics in Rome.

That much has been officially recognised by the Italian parliament’s anti-Mafia commission. What is still debated is the extent to which the Allies manoeuvred the Mafia into power.

Operation Husky was planned at the January 1943 meeting in Casablanca between Winston Churchill and Frank-lin D Roosevelt. Many historians now believe it was for political, and not logistical, reasons that the Allies chose Sicily rather than Sardinia or any of south- ern Italy’s other extensive beaches to launch their offensive. The Cosa Nostra hated Mussolini, who, intolerant of any counter-authority, had sent them to prison or to exile on Sicily’s outlying islands. They were also anti-communist.

The link between the US government and the Cosa Nostra in Sicily was Vincent Scamporino, the son of Sicilian immigrants to America and the Mafia lawyer for the US unions controlled by Cosa Nostra at the time. Scamporino was a member of the Office of Strategic Services, the forerunner of the CIA.

The US also called on the services of the American Sicilian gangster “Lucky” Luciano, who was then serving a long prison sentence in the US for murder, prostitution and bootlegging. Powerful even behind bars, Luciano’s advice and contacts in his family homeland were invaluable to the Americans, who referred to this “Mafia circle” as “the third force”. Luciano was later released from prison and sent back to Italy as a thank-you. All the Mafia members imprisoned by the fascists in Favignana jail, near Palermo, were also freed after the liberation.

As the Allies swept across Sicily, they appointed to the town halls men “recommended” by their Mafia allies to fill the power vacuum left by the fascists, so beginning the political entrenchment of the Cosa Nostra that still plagues Sicily. Although the Mafia and the fascists had been foes, they soon joined forces to oppose what was perceived as a greater threat – communism in Italy – thus bringing the Catholic Church on board.

After the invasion, the Sicilians were promised four “freedoms”, written in English on newly issued banknotes: freedom of speech and religion, freedom from want and freedom from fear. These promises soon sounded a little hollow.

The food needs of the long-suffering Sicilians were badly neglected and the semi-feudal landowning classes kept their privileges despite their fascist ties. A peasant uprising was crushed by the Mafia in the Portella delle Ginestre massacre. The fear imposed on the island by the reinforced Cosa Nostra still reigns today.