The retreat of globalisation was once thought to be akin to water flowing uphill. At the turn of the century, as China joined the World Trade Organisation and the West welcomed Vladimir Putin as a “reformist” leader, liberals believed the world would ceaselessly become more politically, economically and culturally integrated. In his 2005 Labour Party Conference speech, Tony Blair declared: “I hear people say we have to stop and debate globalisation. You might as well debate whether autumn should follow summer.”

But a succession of events – the 2008 financial crisis, the election of Donald Trump, the Covid-19 pandemic and the war in Ukraine – have contradicted this belief. Far from becoming “flat”, the world is fragmenting into rival blocs. In Europe, as Jeremy Cliffe writes in this week’s cover story, “a new Iron Curtain is taking shape, disinterring long-buried memories, doctrines, contingency plans and fears from the Cold War”.

The political theorist Francis Fukuyama exemplified the West’s post-1989 optimism. “What we may be witnessing,” he wrote in The End of History and the Last Man, “[is] the end point of mankind’s ideological evolution and the universalisation of Western liberal democracy as the final form of human government.” His book arguably anticipated the populist revolts of recent years. “If the greater part of the world in which [men] live is characterised by peaceful and prosperous liberal democracy, then they will struggle against that peace and prosperity, and against democracy,” he warned.

But even Mr Fukuyama now concedes that he was too optimistic, telling our international editor, Megan Gibson, that he did not fully appreciate the concept of “political decay: the idea that once you became a modern democracy, you could also go backwards”. A permanent alliance between Russia and China, he adds, could be “the end of the end of history”.

How Liz Truss crashed to earth 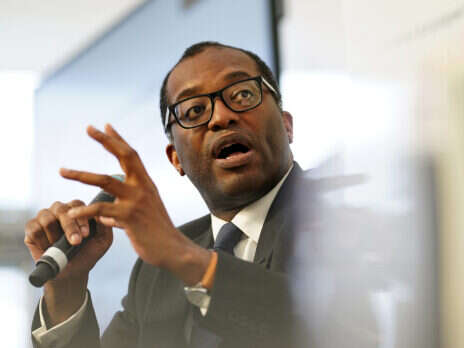 The past assumption that economic liberalism would lead inevitably to political liberalism has proved a delusion. In Russia, Mr Putin has presided over a murderous brand of gangster capitalism. Xi Jinping, China’s most powerful leader since Mao, has positioned himself as ruler for life and terrorised minorities such as the Uyghurs. In India, by championing Hindu supremacism, Narendra Modi is destroying a once proud secular democracy.

The rise of authoritarian nationalism, combined with the pandemic, is forcing an overdue rebalancing in the West. Rather than assuming that they can rely on the fruits of globalisation, states are rediscovering national resilience. As Robert Skidelsky, the biographer of JM Keynes, wrote presciently in the New Statesman in April 2020, “just-in-time” thinking is giving way to “just-in-case” thinking.

In France, as he bids for re-election, Emmanuel Macron has vowed to invest in renewable and nuclear energy – EDF could be fully nationalised – as well as agricultural self-sufficiency. The French president’s long-held ambition of “strategic autonomy” for Europe no longer looks merely desirable but essential. The EU’s reliance on Russia for around 40 per cent of its gas, 40 per cent of its diesel and 30 per cent of its oil has weakened its authority during the Ukraine crisis. Mindful of China’s refusal to condemn Mr Putin’s invasion, Europe may now abandon its planned investment agreement with the country.

In this new era, as John Gray wrote in 2015, “the state is returning to its primary function, which is the provision of security”. Far from merely ensuring the efficient functioning of the market, governments will be forced to undertake ever greater responsibility for their citizens’ security and material well-being.

The gains from globalisation should not be casually dismissed: global poverty fell from 36 per cent in 1990 to just 10 per cent in 2015. But a utopian belief in market forces and endless progress left the West unprepared for the shocks of the last decade. It must now finally learn to live without illusions.