It has been raining forever. Three solid days now, with no let-up, and it feels like it will never stop. Outside, the garden is mud and the pond overflowing, and inside the water has once again found its way into our basement studio.

We’ve moved the piano, and the guitars, and set up buckets in the relevant places, and mopped up overflow with towels, and now we wait for men to come and assess the problem and then make it go away. It’s all very boring.

I curl up under a blanket listening to the steady, incessant patter on the windows, until the light fades at 6.30. On days like this you long to be in the middle of a good book, and I’m in the middle of Andrew O’Hagan’s new novel Mayflies.

I started reading it a few days ago, and then stopped about a third of the way in. Not because I wasn’t liking it, but because I was loving it, and having begun on my Kindle, I knew I wanted to buy the actual book in order to hold it and keep it forever. I also wanted to draw pencil lines beside the best bits, and make notes in the margin, and underline quotes, because at heart I am still an 18-year-old student, and we’ll come to that. 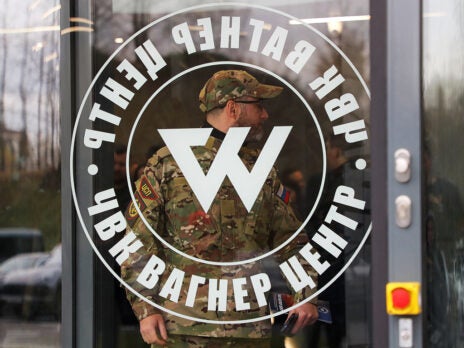 As the rain continues and the gloom increases, I read slowly, and then more slowly still, eking it out and not wanting it to end. Perhaps partly because I know how it’s going to end, and I don’t want it to. The next day, when I wake at 5.30am and can’t get back to sleep, I pick it up and finish it.

Which is how I come to find myself in floods of tears at 6.30am, having been more moved than by anything I’ve read in a while.

Mayflies begins in 1986, with two working-class 18-year-old boys, James and Tully, who bond over music and films and politics. School has finished, and before the next phase of life begins, they travel with a group of mates from Scotland to Manchester to spend a euphoric weekend at the Festival of the Tenth Summer. It’s ten years since punk, and at the GMEX is a concert featuring the Smiths and the Fall. But what we’re really here for is the unfolding story of the friendship, no the love, between the two boys.

Tully is the glamorous, handsome, witty one, who can get into gigs without a ticket, who makes his own rules, who carries his own wounds. Did we all know a Tully growing up? Perhaps. He shines off the pages, as do all the details of the Manchester trip. It’s a weekend of drunkenness and snogging, record shops and sleeplessness, squats and bus stops, canals and dreams, the Britannia Hotel and the Hacienda. For anyone who ever went to Manchester during that period, or who was ever 18, it’s a vivid and nostalgic evocation.

I made notes and underlined bits all over the place. This, for instance, on groups of friends, and the apparently pointless arguments which act like glue: “There were differences. I make much of the camaraderie, but it’s often differences that keep the conversation lively, especially among the similar.”

And I loved the description of the gig: the boys with their soaking wet hair, their arms around each other, “and the music soared and it seemed like a huge animation of the things that mattered to us then…They say you know nothing at 18. But there are things you know at 18 that you will never know again.”

The second half of the book begins 31 years later with a phone call delivering bad news in the form of a terminal diagnosis. From youth and brightness and promise we leap into the territory of middle age, and illness, and the only possible end of that illness. But still the theme really is love – how to honour a loved one’s wishes, how to, in modern parlance, be there for someone.

As a tribute to a dear friend the book works the magic of making you, the reader, love Tully too. Towards the end, James says, “Being young is a kind of stardom with some people”, and you feel how that is true, how Tully’s light blazes to the very last page, till it seems that nothing can drown it, not the rain, not even tears.