Six weeks ago, French President Emmanuel Macron announced that French citizens would be required to show a “passe sanitaire” vaccine passport in order to enter a swathe of venues, such as restaurants, bars, long-distance travel and hospitals. The scheme is premised on the provision of proof of vaccination status, a recent test, or recovery from Covid-19.

On many fronts, the intervention has faced fierce opposition. In the French parliament, the policy has been attacked from both the left and far-right; by anti-vaxxers as well as those who say they are not against vaccines but are opposed to compulsion. On the street, weekly demonstrations have attracted around 200,000 every Saturday. In some foreign coverage, these protests have been characterised as an unprecedented challenge to Macron’s rule. “France’s Covid passport revolt is just beginning,” one headline declared on 14 August. Protests are growing every week, the article said, warning that this time, Macron had taken a step too far towards what some of the more overheated commentary calls “a health dictatorship”. Other coverage has taken a similar line.

Before it went into effect, the scheme was also beset by worries about implementation and constitutionality. Some argued that the law represented an unconstitutional limitation on personal freedom; others that it placed an unacceptable burden on business owners, who are required to check the documentation.

France has overtaken the UK on vaccination rates
Share of people who received at least one dose of a Covid-19 vaccine (France vaccinating teenagers). 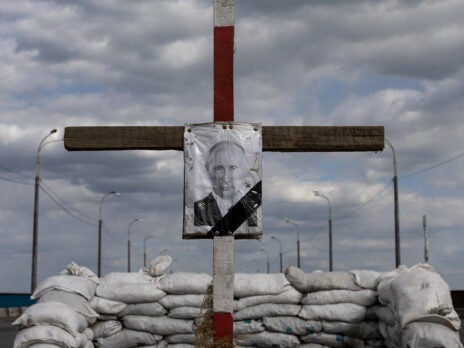 Source: Our World in Data

In actuality, however, the law sailed past France’s Constitutional Council with only a few minor tweaks. The government’s contact tracing app was swiftly updated to include vaccine passport QR codes, for scanning on entry to venues, which mostly adapted to the new requirements.

Furthermore, the strategy has paid off in terms of its primary aim of increasing vaccination rates: since the announcement, about 11 million more people, a fifth of the population, have been jabbed, according to figures published by the French Ministry of Health. An average of about 500,000 doses are now being administered a day.

In part because it is vaccinating teenagers, France’s single dose vaccination rate has just surpassed the UK, which had been the leader in Europe since the start of its vaccination campaign. The vaccine passport push has also nudged France ahead of Germany and Italy.

If the passe sanitaire were a failure that had led to unrest which threatened to rip society apart, it would not be being emulated by France’s neighbours. Yet that is exactly what is happening. Italy imposed a similar scheme days after France and as of this week, inhabitants of most areas of Germany are required to show Covid-19 documentation for entry to certain venues, including indoor dining and bars.

Opposition has ultimately proven immaterial in France: the policy is in place and prompting people to get vaccinated ahead of the autumn. Support for it is growing, not falling, as more people join the ranks of those immunised against Covid-19. Polls show requiring proof of vaccination for entry to some venues is supported by between 64 and 77 per cent of the population, depending on the specific measure. Anti-vaccine passport protests are opposed by 54 per cent.

The French are now voting with their sleeves. About twice as many people are currently being vaccinated daily as are protesting every week.

Macron, conscious that he governs a people who tell pollsters that they are some of the most vaccine-sceptic in the world, had arguably always priced in some vocal opposition to his support for the passe sanitaire. His policy relied on the support of roughly half of the population who had already been vaccinated when he made the announcement in mid-July, and the millions more who would be prompted to get jabbed by the mandate. So far, it is paying off.

[See also: I was on holiday in a French farmhouse with vineyards all around when the fire came for me]