Joseph Raz, a commanding figure in modern legal philosophy, died in London on 2 May aged 83. He was one of three or four philosophers who made towering contributions to our theoretical understanding of law. The others were Hans Kelsen (1881-1973), HLA Hart (1907-92) and Ronald Dworkin (1931-2013). They are all gone now. Analytic jurisprudence – and, in Raz’s case, the philosophy of law washing over into the study of practical reason generally – is their legacy.

Raz, born in Haifa in 1939, was a graduate of the Hebrew University in Jerusalem. After getting his law degree, he went to Oxford to do graduate work under Hart’s supervision. Then, having returned for a few years to Jerusalem following the completion of his doctorate, he came back to Oxford in 1972 to take up a fellowship at Balliol College. There he remained, in one capacity or another – tutorial fellow, professor of the philosophy of law, research professor – until his retirement from Oxford in 2009. But his work continued. He taught at Columbia Law School in New York City from 2002 until 2019 and at King’s College, London until his death. Over the years he also held visiting positions at places such as Berkeley Law, the Australian National University, the University of Toronto, and Yale Law School.

At each institution, Raz was a loving colleague and mentor to students, lecturers, and younger professors – intimidating them no doubt with the rigour of his analysis, but at the same time keeping them close, inspiring them with his example of how much could be achieved by trusting one’s own disciplined pathways of thought. Raz had an immense influence on the two or three generations of analytic legal philosophers who followed him. There is hardly a man or woman in the field who does not owe a debt to his friendship. He took on more than his share of graduate students and (as this writer knows) he took pains, too, to reach out to those for whom he was not formally responsible as a supervisor. Softly spoken, Raz was unpretentious, generous and sociable. He introduced scores of us to each other. I think he made us all better people.

Intellectually, what sort of influence did he have? As a student of HLA Hart, in 1994 he edited with his partner Penny Bulloch the second edition of Hart’s 1961 masterpiece The Concept of Law. That edition included a “Postscript” in which Hart defended his approach to jurisprudence against Ronald Dworkin; the “Postscript” was not complete at Hart’s death, but the editors helped piece it together from notes that Hart had left. Hart was a legal positivist. He didn’t believe that lawyers or judges needed to engage in moral thinking to find out what the law was or how to apply it. Raz believed this too, but he refined the position in a number of ways. Though he maintained that law was a matter of social facts about the exercise of power, Raz thought it was perfectly consistent to say that the question of what the law is, is a morally significant question. He explored some of that significance in his writing on the rule of law, for which he received the Tang Prize for the Rule of Law in 2018. 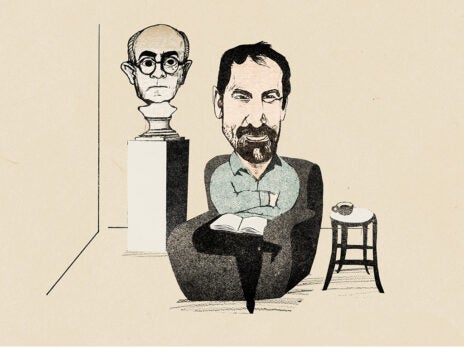 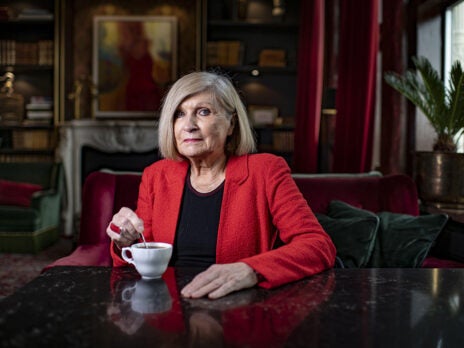 In analytic legal philosophy, we argue endlessly about what law is and whether positivism is true. Raz held his own in such conversations, but he was also interested in what all this conceptual analysis amounted to and why we engage in it. It’s an effort at self-understanding, he thought, since law is such a presence in our social environment.

His substantive contribution to these debates was striking and counter-intuitive. For Raz, positivism did not arise – as it did for Kelsen, and as it sometimes seemed to do for Hart – out of a difference in status between law and morality, with morality being the more subjective of the two. On the contrary, Raz thought morality ought to pervade all human decision-making. Everyone is subject to moral reasons, and it is incumbent on them – on judges as well as others – to figure those reasons out the best way they can. We have laws, however, when – for some reason – we want to displace that background role for morality and subject our decision-making to some particular control. (We may do this, for example, when moral disagreement is likely to lead to chaos or failures of coordination.) So moral reasoning is the default position; law operates in a minority of cases to block it, which is why finding out what the law is must be possible without engaging in the very reasoning that it is the law’s function to supersede. This is a typical Raz line of argument. It is hard to follow because its trajectory is unexpected. But it turns the table on the anti-positivist, assigning morality an initially greater role rather than a lesser one.

Another way of putting all this is to say that law claims authority, and the point of authority is that it is sometimes better for me to pay attention to someone else’s reasoning – better for the reasons that apply to me, including moral reasons – than to try to work things out on my own. Now, if law claims authority, it must be the sort of thing that can have authority of that kind, which, again, would not be possible if accessing law required one to make the very moral judgements that authority is supposed to supersede. Raz’s position remains controversial. Dworkin, for example, argued that Raz’s exclusive positivism was far too demanding: he said there is scarcely a legal provision in US constitutional law that can be applied without any trace of moral reasoning.

These points about authority illustrate the way in which, in Raz’s hands, technical arguments in jurisprudence overlapped with and illuminated issues in political philosophy. Authority had never received a convincing analysis in political philosophy – “deserves to be obeyed” is about as close as we got – until Raz turned his attention to it. And once he produced his analysis, drawing on deeper arguments about the reasons I might sometimes have for not acting on the balance of reasons as it appears to me, it was never the same again.

Sometimes the connections between Raz’s jurisprudence and his work in political philosophy were incidental, as in his theory of rights; his critique of the idea of equality, in which he basically argued that what was at stake was not numerical equality as such but uniform application of the same rules; and his 1990 essay on nationhood and cultural community with Avishai Margalit.

In other cases, however, the connections were deep and systematic. Raz’s greatest accomplishment was his book The Morality of Freedom (1986). The first section was devoted to his analysis of authority which, as we have seen, was important for his jurisprudence. But mostly the book was about personal autonomy and about autonomy’s role in people’s lives. It’s a lovely juxtaposition because authority is usually seen as a problem for autonomy and vice versa. Raz, however, offered a new account that did justice to both concepts and explain how they might work together in practical reasoning.

Still, his account of autonomy was disconcerting. Raz was a critic of Dworkin-style liberal neutrality about values and about the definition of the good life. He thought autonomy – the self-authorship of a person’s life – was worth nurturing only in the service of genuine values and worth respecting only in a life dedicated to the pursuit of what really mattered. In the 1980s we called this “liberal perfectionism”, and Neil MacCormick (another name to reckon with in jurisprudence) didn’t seem to be exaggerating when he wrote in a TLS review that Raz’s bookwas “as significant a new statement of liberal principles as anything since John Stuart Mill’s On Liberty”.

For philosophers working in areas other than jurisprudence, Practical Reason and Norms (1975) was the most influential of Raz’s early writings, partly because it introduced a sophisticated conceptual scheme for understanding how reasons work in a person’s practical deliberations. The idea of second-order reasons was particularly important, most notably exclusionary reasons – that is, reasons for not paying attention to other reasons. Raz’s work on the different levels at which reasons operate, and the way their operation reflected and helped to constitute values, enabled him to make decisive contributions in moral philosophy, and those contributions continued throughout his life, culminating in a last collection of essays, The Roots of Normativity, published in February this year. His work in these fields of often quite technical philosophy was relentlessly challenging and is highly respected by his peers.

It is hard to convey this in a short compass, but Raz’s legacy is a body of work united by dense and detailed tissues of understanding, spun between jurisprudence, political philosophy, ethics, and practical reasoning. Thumbing through The Roots of Normativity, where Raz is figuring out what matters in life – “Well-being consists in a wholehearted and successful pursuit of valuable relationships and goals” – I hear echoes of the later chapters of the English analytic philosopher GE Moore’s Principia Ethica, written more than a hundred years earlier in 1903. I mean that as praise. We look on Moore these days as fussy and unworldly – shocked, for example, to find that others didn’t have the intellectual interests he had. “Do you know, my dear,” said Moore to Mrs Moore in 1951 when he returned from his investment with the Order of Merit at Buckingham Palace: “The King had never heard of Wittgenstein?” Raz was a bit like that, a gentle giant, otherworldly. But he was grounded in an array of friendships, and grounded too by his family and by his camera (Joseph was a very talented photographer). We miss him. He is survived by his son Noam, by his long-time partner Penelope Bulloch, and by the intellectual community, now in mourning, that he nourished and sustained.

Newsletters from the New Statesman View all newsletters
Subscribe for the best of our politics, international affairs, culture and business coverage, straight to your inbox
THANK YOU
Topics in this article: Philosophy

Jeremy Waldron is University Professor at New York University and was formerly the Chichele Professor of Social and Political Theory at All Souls College, Oxford.