Stop Funding Hate campaigners, who want advertisers to shun newspapers that propagate “fear and division”, have added the new TV channel GB News to their targets. Around a dozen companies – advertising, for example, energy, skincare, furniture and beer – joined a boycott. But advertisers should not be encouraged to judge a media outlet’s “values”. Once the idea that advertisers can influence content takes hold, the left stands to lose most.

Once they have reliable audience data, however, advertisers would be justified in deciding GB News isn’t appealing to people likely to buy their products. They will probably do so before long. When I tuned in between 9pm and 10pm one evening, I found a presenter with an inane grin on his face – Dan Wootton, a former Sun journalist – earnestly discussing Enid Blyton with three other men on a sofa, including Andrew Doyle, the presenter of another GB News show, and Tom Harwood, the channel’s 24-year-old political correspondent. This ideologically one-note quartet agreed at length that English Heritage had, outrageously, “cancelled” Blyton. Later, a “challenger” called Rebecca Reid came on. She didn’t challenge very vigorously, perhaps because she writes regularly for the Daily Telegraph, which broke the story that morning.

Has English Heritage taken down Blyton’s blue plaque, which it erected in 1997 on a house she briefly occupied? No. It had inserted a few words into a potted biography on its website, reporting criticism, dating back to 1966, of “racism, xenophobia and lack of literary merit” in her work. It also noted her “vital role in encouraging a generation of children to read”. Even Tom Utley, a Daily Mail columnist who observes that Blyton’s “attitude to race leaves a… nasty taste today”, could see nothing wrong in that. 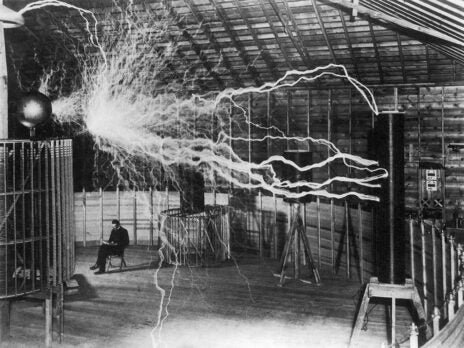 Nor could Jeffrey Archer, also brought by GB News into this prime-time non-debate about a non-story. “Is this a slippery slope we’re going down?” Wootton asked him rhetorically. Archer, speaking with the authority of another bestselling novelist accused of lacking literary merit, neither agreed nor disagreed. “The world moves on,” he said equably. Not on GB News, it doesn’t.

Have I got this right? To persuade Sinn Féin to stay on as Northern Ireland’s power-sharing executive, Boris Johnson’s government promises that Westminster will legislate to give the Irish language official status in the province if the Stormont parliament fails to do so. And, knowing that Johnson has broken a promise to the EU to implement fully the Northern Ireland protocol and a promise to the unionists never to countenance a border in the Irish Sea, Sinn Féin believes this latest promise? Some mistake, surely?

Most comment on the deal with Australia, made by the Trade Secretary Liz Truss, has highlighted the effects of cheap meat imports on British farmers. More important, in my view, is the effect on British taste buds of cheap wine imports. I am not a connoisseur but most Australian wines strike me as bland and tasteless. If they taste of anything, it is of a chemistry experiment gone wrong; if they have an aroma, it is of unwashed laundry. A few Australian estates, I grant, produce excellent but expensive wine, bottled on the spot. Little of it reaches the UK and removing the EU tariff of around 10p to 12p a bottle won’t make it significantly more affordable. Most Australian wine is produced for the mass market and exported not in bottles but in giant plastic bladders. Truss’s deal threatens to set back the education of British wine palates by many years.

This article appears in the 23 Jun 2021 issue of the New Statesman, How Brexit changed us