To the casual observer, Dallas Buyers Club must resemble a dieting group for Hollywood stars. Matthew McConaughey and Jared Leto became so emaciated for the film (losing around 45 pounds and 30 pounds, respectively) that whenever one of them places a cigarette between his lips, he seems to double in weight.

There has been a corresponding gain: both collected Golden Globes for their performances and are now nominated for Oscars. But it would be a shame if this method acting hoopla were to overshadow their subtle and insightful acting. Leto was a petulant pixie who had never found the right showcase for his limited charms until now. McConaughey got sidelined a decade ago in a run of romcoms in which he was as sturdy and bland as a Timberland boot. He has a frazzled volatility and a character actor’s thirst for transformation that can sometimes be obscured by his Texan good-ol’-boy tan-and-teeth combo. Yet he has found a happy medium in the past few years in roles that could be adventurous, whether oddball (Killer Joe and his cameo in The Wolf of Wall Street) or orthodox (Mud and Magic Mike).

His contradictory qualities converge in his performance as Ron Woodroof, who works as an electrician and rodeo cowboy in between taking drugs and having sex with women in his ramshackle trailer. Ron has started to shed so much weight that, were he to take a shirt off its hanger and put it on his body, the garment wouldn’t know the difference.

Why Ted Lasso is the most overrated show on TV 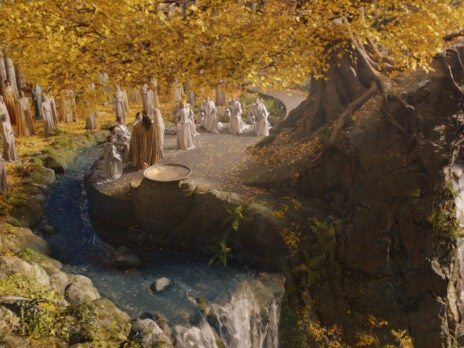 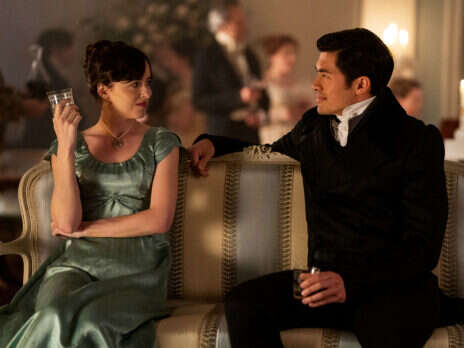 It is 1985 and hospital tests reveal that he is HIV positive. A doctor gives him weeks to live. Barely able to walk, it seems that anger alone is keeping Ron vertical and mobile. Anger, that is, at contracting a disease that links him to a group he despises and calls “Tinker Bells”. There is very little extraneous music in the first half of the film, perhaps because the sound of dramatic irony is loud enough.

Illness is not immediately a balm to Ron’s bigotry. His fury at catching what he perceives to be a gay plague – a perception he shares with the vandals who daub abuse across his trailer – is diverted gradually into a battle with the medical establishment, which is thwarting the flow of retroviral drugs. As Ron obtains effective medication illegally – first for himself and then in batches from Mexico, which he flogs to other sufferers – the on-screen titles make a mockery of his doctor’s predictions: “Day 1” and “Day 2” give way to “Three months later” and “Six months later”. The drugs do work. Ron acquires a business partner – the HIV-positive transgender woman Rayon (Leto). With her gentle eyes rolling wearily in their scooped-out sockets, Rayon is chippy and knowing about the market where Ron is uncouth; she is Mrs Miller to his McCabe.

The screenplay, written by Craig Borten and Melisa Wallack, doesn’t pretend that Ron’s homophobia would have subsided for any reason other than a selfish one. Gay men become human to him only once their suffering overlaps with his. He is still calling people “cocksuckers” by the end of the movie but now his targets for abuse are doctors and politicians; the insult has become metaphorical.

The film has some wry fun at his expense when he enters a gay bar and sees that the iconography on which he hangs his hat – the cowboy dress code of Stetson, sunglasses, moustache and denim – is also the preserve of those he regards as the enemy, the other. Once Ron and Rayon have become partners in crime, we expect a moment when his new life clashes with his old one and the film obliges. Forced in a supermarket to nail his colours to the mast when one of his former buddies mocks Rayon, Ron doesn’t flinch from violently defending his new ally. The picture makes a statement by staging the confrontation where Ron would feel most at home: in front of the prime beef refrigerator, with not a bottle of Perrier in sight.

It’s important to review a film rather than any off-screen accusations against it, which is why I have sidestepped reports casting doubts about the real Ron Woodroof’s homophobia and even his heterosexuality: it would be unfair to punish a picture for unproven compromises.

What is on-screen, at least, is rather fine. Jean-Marc Vallée’s direction is unfussy, even plain, so that moments that might have been underlined (a sexual encounter that is only carefree because both participants already have Aids, or an impressionistic fantasy in a room full of butterflies) are folded into the mix.

McConaughey and Leto drill down to the roots of their characters. It calls to mind that advice for actors playing drunk: you do it like you’re emphatically sober. Neither man plays the disease. They play instead the rage to live.