One recent sunny afternoon, Wendy Mitchell saw her father in her back garden, smiling at her through the wide windowpanes of her conservatory. His black hair was Brylcreem-ed into a quiff, his fingers stained yellow with nicotine; he was comfy in the green cardigan he always wore for pottering around. But he had been dead for 20 years. There was no one there.

Mitchell, a 65-year-old who was diagnosed with young-onset dementia at 58, stood smiling back at him. For how long, she didn’t know. It could have been minutes or hours, she writes in her new, bestselling book: What I Wish People Knew About Dementia. “I didn’t dare blink because I didn’t want him to disappear. It was like he was back again. It was lovely,” she said from her armchair, gazing out at the empty spot on her immaculate lawn bordered with flower-shaped bird-feeders. “I call this a gift of dementia. If you don’t see the positives then something like that can disturb you.”

Dementia is not just about forgetting. Far from fading, memories can be vivid, visceral. This is one of many surprising aspects of the disease she told me about when we settled in her conservatory to chat. Eyes crinkled by her pixie-like grin, Mitchell rested one foot on the coffee table, which was decorated with photos of childhood holidays with her two now-adult daughters, Sarah and Gemma. Retro posters of heritage brands such as Marmite, Cadbury and Bisto decorated the exposed brick wall behind her.

Born in Wakefield, West Yorkshire, in 1956, Mitchell spent six years as a child sweeping the floorboards of her parents’ pub, the Railway Hotel, picking up pennies to spend on sweets. Later, her mother became a secretary for Hay’s Lemonade and her father worked in a steel factory. When Mitchell received her diagnosis, she had been working for 20 years as a senior NHS administrator, rostering nursing shifts. She was known in her office as the “guru” for her power of recall. It was only when she began falling over while jogging that she realised something was wrong, and it took nearly two years to find out what. 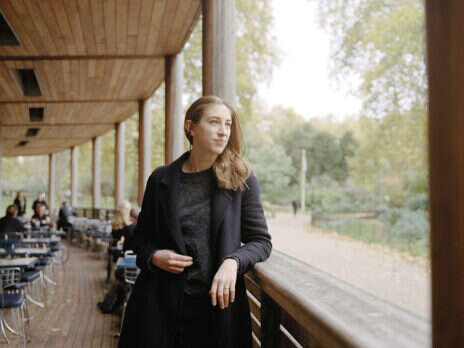 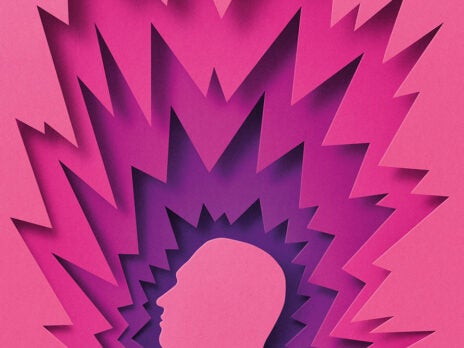 The great attention deficit: what’s behind the rise in adult ADHD? 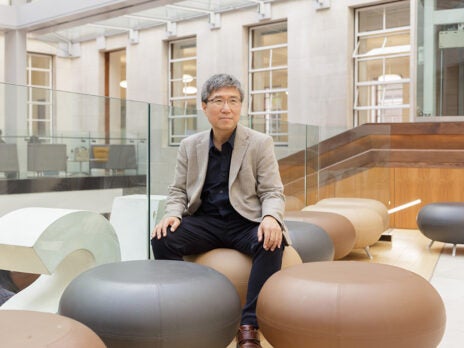 On the day we met, she wore a green fleece and black trousers – fresh from an early morning walk in the countryside surrounding her home in the Yorkshire village of Walkington. Arriving at the top of a nearby hill just before dawn, she had watched as, one by one, deer surrounded her. She took photos for her blog, “Which Me Am I Today?”, which she updates daily and doubles as her short-term memory.

“My fingers can type as though dementia never entered my world; they type quicker than I can think and speak the words,” she said. “Like a string of fairy lights, each fairy light represents a different function of the brain. Different fairy lights flicker and fail for each of us. That’s why I can type and others can’t.”

Before the pandemic, Mitchell’s schedule had become busier than her pre-dementia working life, filled with campaigning work, speeches and research trials as she challenged societal perceptions of dementia. She advised on Julianne Moore’s Oscar-winning performance of early-onset dementia in the 2014 film Still Alice, and wrote her first memoir, Somebody I Used to Know, in 2018 (she writes in collaboration with the ghostwriter Anna Wharton, “otherwise I’d write the same thing on every page!”). In her most recent book, she quotes a network of friends who live full lives with dementia, whom she calls “playmates”, and she did a sky-dive at the age of 63 to raise money for a young-onset dementia charity (her GP simply rolled her eyes and signed the medical waiver).

Society overlooks so much of the disease, Mitchell says. Smell hallucinations, which send her flitting around the house as she looks for a non-existent source of burning. No longer feeling hunger or thirst (she writes with sorrow about losing the pleasure of a cup of Yorkshire Tea). The struggle to make out contrast and tone, leading her to paint strips of luminous yellow on to the edges of her front doorsteps to guide her way.

There are practical tricks for “outwitting this cruel visitor” in her home. Photos on cupboard doors signify the contents within – you can see the kitchen foil is stored in the cabinet under the sink, for example. Royal-blue paint borders her light switches, so that they don’t blend into the wall. Tiles either side of her front door remind her which among the row of houses is hers; they are patterned with forget-me-nots.

Dementia is an “unwanted guest in the house that came one day and has now fully unpacked its bags and decided to stay, and I can’t get rid of it”. Yet Mitchell lives alone, independently, refusing to allow her daughters – whom she raised as a single mother – to be her carers. When they began helping her zip up her coat, she soon forgot how do it herself, so she told them to stop and slowly relearned.

“For the kindest of reasons, people wrap us up in cotton wool, and it’s the worst thing you can do for us,” she told me. “There’s nothing so comforting with dementia as sitting, doing nothing, with your eyes closed, totally relaxed – but that’s dementia’s cruel way of making you feel at ease with it, and taking over.” Care homes that leave residents in front of the television with no stimulation, and the inactivity brought about by the pandemic, make Mitchell despair.

“So many of my friends died during lockdown,” she said, recounting stories of people left alone in the later stages of dementia. “Why should you ignore the person who’s been there all your life, even if they’ve lost the power of speech? Our emotions never leave us, because that’s a totally different part of our brain. How someone makes us feel stays with us far longer than words they speak.” As an example, Mitchell explained she couldn’t remember our conversation, though the sensation lingered that she had enjoyed it. She had set “umpteen reminders” throughout the morning for our interview (a former luddite, Mitchell has learned how to use technology – such as Amazon’s virtual assistant programme, Alexa – since being diagnosed).

Yet for all her positivity, she emphasises how hard life can be. “Some moments, dementia just takes hold,” she said. When this happens, she goes to her “memory room” – a spare room hung with photos of people and places, half of which she no longer recalls but knows are special. During bad spells, she speaks to the woman she once was. “I ask my old self: ‘What should I do?’ She was intensely organised, very practical, and some of her has rubbed off on me. But I’m totally different from the person I was.”

Her children describe her now as a “gregarious alien”. Their mother, who was once very private, rarely attending work functions, is now a memoirist. Previously afraid of the dark and all animals, crossing the street when she saw a cat on the corner, she now delights in photographing wildlife, and fears nothing. “I’ve faced my biggest fear with dementia,” she said. “What is there to worry about?”

Dementia leads her to live day-to-day, or even second-to-second – a perspective that means her writing addresses not just navigating a confounding disease, but life in general. “People with dementia can teach those without it so much about enjoying their life!” she laughed. “I was as guilty as anyone when I was working: I wished for the weekend, I wished for the end of the day, I wished for the next holiday. You’re wishing your life away. The only certainty we have in this life is this moment, no one knows what the next moment will bring. So enjoy it.”

Newsletters from the New Statesman View all newsletters
Subscribe for the best of our politics, international affairs, culture and business coverage, straight to your inbox
THANK YOU
Topics in this article: Mental Health