Nazir Afzal, the lawyer famed for prosecuting the Rochdale grooming gang in 2012, was supposed to be touring Britain’s literary festivals to promote his new book, The Prosecutor.

Instead, he is locked down at home in Manchester, grieving. His eldest brother Umar, a former interpreter for the Home Office, died aged 71 on 8 April – the peak of the Covid-19 epidemic in the UK – having tested positive for the virus. Afzal’s mother, who is 91, saw Umar’s face for the last time through the window of his Birmingham home as her son lay in a body bag.

“There was a backlog of about 300 deaths. No space in the mortuary, no space at the funeral directors’,” the 57-year-old former chief prosecutor for north-west England told me over Skype from his living room, surrounded by a fish tank, two of his three cats, and a chihuahua.

His brother’s body was kept in an industrial fridge in Birmingham for six days, which Afzal called an “immense struggle”, as it took nine days to bury him instead of the 24 hours that is customary in Islam. 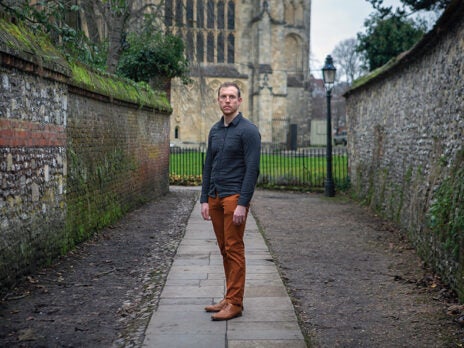 Brian Klaas on why we choose the wrong leaders 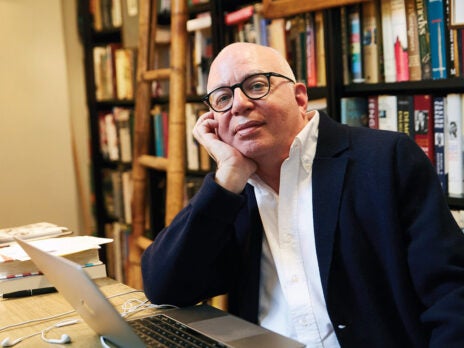 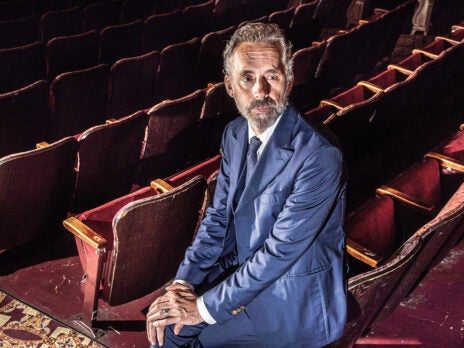 Why do students still want Jordan Peterson to tell them how to live?

“Why, if we took all the steps at the right time, are we likely to be the country with the second-largest death toll in the world?” he asked. “I personally believe we weren’t prepared. Decisions were not taken when they should have been taken.”

Afzal is not one to shy away from the failures of the state. His book is a disturbing compilation of cases that he has worked on, including “honour” killings, knife crime, street grooming and child trafficking. “I’m never keen on comfort zones,” he said.

In 2001, at the age of 38, Afzal became the youngest assistant chief crown prosecutor, as well as the first Muslim to hold the position. He moved to Manchester in 2011, and a year later was involved in a high-profile case after he overturned a ruling by the local CPS that dismissed allegations of grooming and rape by a gang of minicab drivers in Rochdale.

After Afzal’s intervention, nine men were sentenced for up to 25 years each for rape, sexual assault and sexual activity with a minor. “I prosecuted this case,” Afzal recalled, “then suddenly, the far right came for me.”

Thugs demonstrated outside Afzal’s front door, and he was given police protection. His children had to be taken to and from school in a taxi and taught how to use a panic button.

“I had spent over 20 years keeping my work away from home, I would never talk about it,” he said. “I got thousands of emails calling for me to be sacked and deported, I was door-stepped by the BNP. It was a horrific experience, and worse for my family than me. They were in the eye of the storm.”

But Afzal was always drawn to the voiceless, and what the media labels “culturally sensitive” topics. The Prosecutor details the horrifying fate of Banaz Mahmod, the 20-year-old victim of an “honour killing” in south London, and the case of a child called Safiya, who had been trafficked from Pakistan and enslaved in a Salford basement for a decade.

“I’ve never been afraid of taking on issues hidden in plain sight,” Afzal told me. “They’re just much more complex than ‘it’s political correctness that they weren’t dealt with’… Whenever I talk about child sexual abuse, for example, I always contextualise it – 84 per cent of offenders are British white men.”

Raised in Birmingham by his parents, both of whom were Pakistani immigrants who moved to England in the early 1960s, Afzal suffered racist attacks and abuse, which shaped his character as much as his parents’ resilience.

A caterer to the British Army in Cyprus, and later Northern Ireland during the Troubles, Afzal’s father was a linchpin of the community, dictating letters to a ten-year-old Afzal on behalf of fellow Pakistanis. “I’d be sitting there with a pad and pen, writing to the head of NHS Birmingham about a neighbour who hadn’t received his sinus operation,” he laughed. Foreshadowing his work against the exploitation of women and girls – “gender terrorism”, as he describes it – his mother was a close confidante of the women living around them, regularly enquiring about their welfare and in one case dissuading a mother from marrying her young daughter off to a man in Pakistan.

Loss has haunted Afzal throughout his life. At eight, he cradled his beloved cousin Yasmin after she died of dehydration in a van during a gruelling journey back from a family visit in Pakistan. Years later, his father’s cousin Noorbaz, who worked in the family catering business for the British Army, was shot by the Provisional IRA in Northern Ireland. In February 2019, his brother’s 18-year-old nephew Hazrat was stabbed to death by a classmate.

“I’ve never had counselling. If anything, writing this book has been very cathartic to me, I’ve been able to explore where I came from, and where the things I do come from.”

Afzal said that he has “always been an outsider”. In the past decade he has been “shunned, taken off lists, and excluded from events” in a legal world dominated by affluent white men. “I’ll be honest with you, I don’t really like lawyers,” he said. “Law, for me, is a tool that enables you to change things. It’s not the be-all and end-all.”

The Prosecutor by Nazir Afzal is published by Penguin Random House.