British fiscal events, as they are rather quaintly known, are often marked by a disconnect between what the chancellor says in the House of Commons chamber and the numbers in the accompanying forecasts from the Office for Budget Responsibility (OBR). That disconnect felt especially large today (17 November).

Jeremy Hunt said his three priorities were stability, growth and public services while the OBR’s documents detailed the largest fiscal U-turn in decades and an economy probably already in recession, and foretold of more difficulties for already hard-pressed public services. What got almost no mention from the Chancellor – aside from a few remarks on tough times, protecting the neediest and “global headwinds” – of the scale of the coming hit to British living standards.

The numbers are stark. Real household disposable income per person – the broadest measure of living standards accounting for wage growth, price changes and the impact of the tax and benefits system – is forecast to fall by 4.3 per cent in 2022-23. That would be the steepest drop, by quite some margin, since the modern records began in 1956-57. What is more, the OBR expects it to fall by another 2.8 per cent in 2023-24. These would be the first consecutive annual falls since the aftermath of the 2008 financial crisis and would essentially wipe out all of the income gains of the previous eight years in just 24 months. This is a catastrophic forecast.

In effect, the OBR expects the recession to be very different to the one that accompanied the Covid-19 pandemic in 2020. In that instance the fall in GDP was rapid and extremely deep but the bounce back was also, at least initially, swift. 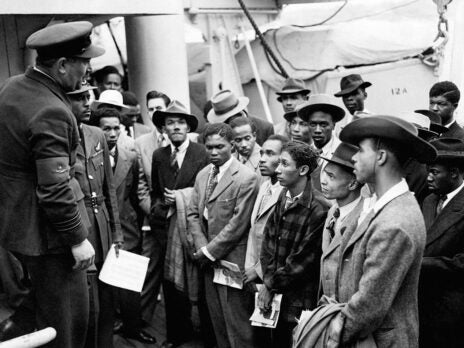 More significantly, despite the biggest fall in economic output in at least a century, household incomes were relatively well protected by the furlough scheme, grants for the self-employed and higher Universal Credit payments. This time around the recession is expected to be shallower but to last much longer with a far slower recovery. Household incomes look set to be meaningfully lower by the next general election, expected to be in 2024, than they were at the time of the last one in December 2019.

[See also: The Tories are trapped with no good options]

The sheer scale and speed of the change in fiscal approach is almost without precedent in modern British economic history. Only two months ago, Liz Truss and Kwasi Kwarteng announced a plan defined by £45bn of tax cuts, the largest set of tax reductions since 1972. Hunt has replaced this with a fiscal tightening of £55bn in the years ahead – £30bn from spending cuts and £25bn from tax rises. The OBR estimates that the tax take, as a share of national income, will rise to its highest sustained level since the end of the Second World War (37.5 per cent of GDP).

Hunt, for all of his talk of “tough decisions” and warnings against high borrowing, also materially loosened Britain’s fiscal rules. Even after five years of pain, the OBR expects the current budget (excluding capital spending) to be in deficit.

Given the coming hit to household incomes, and the fall in UK GDP, Hunt has sensibly not followed the advice of those calling for immediate spending cuts. Much of the pain has been deferred until after the current spending review period ends, which conveniently enough is after the next general election.

Many politically contentious decisions have been similarly postponed. Whether or not defence spending will rise to 3 per cent of GDP from its current level of 2 per cent is now dependent on a new security review. But while heavy cuts have been avoided in the short term, rising inflation will continue to put core public services under pressure.

As the OBR noted, NHS England’s waiting lists have already risen to over 7.1 million. And while Hunt talked up his commitment to infrastructure spending and reeled off a list of projects the government was funding, in reality capital spending plans have been scaled back from where they stood in March.

The British economy is almost certainly already in recession. Unemployment is expected to rise by around half a million in the coming two years. Real household incomes are due to take a record two-year hit and taxes are rising across the board to their highest level for over 70 years. It is hard to think of a worse economic backdrop for a governing party facing a general election in two years.

Duncan Weldon is the author of Two Hundred Years of Muddling Through (Abacus) and writes the “Value Added” Substack newsletter.