Having survived this week’s leadership challenge, Boris Johnson will today (9 June) announce a push to boost home ownership, with more prefabricated housing and the extension of the right to buy policy to 2.5 million housing association tenants, as well as a review of the mortgage market to help renters climb the first rung of the housing ladder. It is rented accommodation, however, that is the UK’s real property crisis.

Since the onset of the pandemic, the number of homes available to rent has declined by 50 per cent, according to figures released by Propertymark on 6 June, while house prices have risen steeply. The latest Homelet rental index, which was released yesterday, finds that the average rent in Greater London has risen by 15.7 per cent in a single year. The average rent-to-income ratio across the UK is now more than 30 per cent. Meanwhile, some owners of the remaining homes on the rental market are reportedly pushing tenants out by hiking rental prices when their tenancy agreements expire, or are demanding six months of rent in advance.

In the UK, renters have historically been in a precarious position; comparatively short tenancy agreements that tend to favour landlords and a lack of regulation has meant that tenants have less security and little control over their own environments in comparison to renters living in other European cities. This is because UK governments have prioritised home ownership: an Englishman’s home is, after all, his castle – even if he is renting that home to someone else.

Since the Conservative Party came into power in 2010, it has taken that cliché to heart. Successive governments have focused relentlessly on converting renters into home-owners with a series of policies including Help to Buy, cuts to Stamp Duty for first-time buyers and, during George Osborne’s time as chancellor, removing tax relief for landlords. But it has forgotten about those on the rung below first-time buyers – those still saving.

Mervyn King and the Maradona mystery 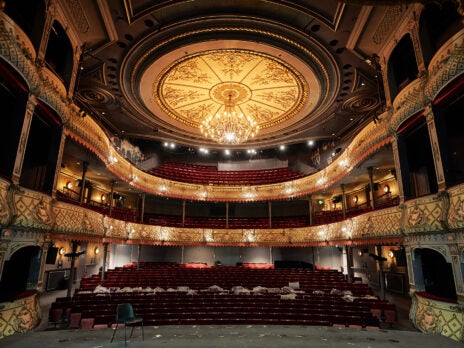 This approach has been blinkered, focusing on those with a deposit (most of whom received that money from their parents) and forgetting about those still saving. During the Tories’ time in power, interest rates fell to a historic low, hurting savers, and deposits rose to record levels, pushing home ownership out of reach for many. In an effort to avert another sub-prime mortgage crisis, the Bank of England introduced limits preventing banks from lending mortgages worth more than 4.5 times borrowers’ salaries. This was a prudent move, but it also meant savers had to stump up even more for deposits.

Meanwhile, the Tories’ relentless focus on keeping the housing market afloat, whatever the economic consequences, has left us in the mess we’re currently in, with house prices hitting a new record high every month. The pandemic didn’t help – anti-eviction rules, one of the few regulations introduced by the Tories to help renters, spooked many landlords into selling their properties, or converting their rental homes into holiday lets.

Renters also happen to be the ones now being hit hardest by the cost-of-living crisis, says Dan Wilson Craw, the deputy director of campaign organisation at Generation Rent. Because the UK’s rental market is so poorly regulated, rental homes are among the worst-insulated, so energy bills are going up, while tenancy agreements often link rent rises to inflation – which currently stands at almost 10 per cent. This, too, hits renters’ ability to save.

Those attempting to rectify the problem by building more rental homes aren’t seeing much enthusiasm either: a build-to-rent insider told me that a “lack of energy” from the housing department meant “we’ve really struggled to grow in the way we’d like to”. He added that the main aim of the Secretary of State for Levelling Up, Housing and Communities, Michael Gove, “is to convert Generation Rent into Generation Buy”. That means he doesn’t pay much attention to those trying to increase the supply of rental homes.

Which takes us to the crux of the issue: lack of supply. If there aren’t enough homes, there won’t be enough rental homes, points out Wilson Craw, who says that by focusing on the bottom end of the housing ladder the government could fix the entire market. “The government could be doing a lot on this by investing more in social housing, which would help reduce affordability pressures for the poorest in society. If you do that, you’ll be taking demand out of the private rented sector and then reducing rents in the private sector.” And if the government does that, it will achieve Gove’s aim: helping Generation Rent save to become Generation Buy.

The supply issue is a problem that isn’t going away unless drastic action is taken: last year 174,000 new homes had started to be built by housebuilders – well below the 300,000 the government has said it aims to deliver each year. But make no mistake: unless it’s addressed, the rental crisis could easily become worse than the cost-of-living crisis. The difference with the rental crisis is that for this government, it has been a political choice.

[ See also: How Right to Buy fuelled the housing crisis ]

Topics in this article: Cost of living crisis, Housing, Rent