Christmas is a very traditional time of year and one of the rituals I try to observe is to go around plugging all the Private Eye books wherever I can. Like vaccinations, we are recommending that everyone gets three this year – a book about Covid by Phil Hammond, one celebrating 60 years of Private Eye by Adam Macqueen and then our 2021 annual, which is a sort of booster. Appearing on Scala Radio I was asked not merely to talk about these publications but to choose a piece of classical music as well. They said I could choose anything and they would find it. This was something of a challenge, so I asked for my favourite Christmas carol, the 16th-century Spanish villancico “Ríu Ríu Chíu” – but the version sung not by the Choir of King’s College, Cambridge or Westminster Cathedral Choir but by the pop group the Monkees in their 1967 TV Christmas show. They sing a cappella with Micky Dolenz doing the main solo and Peter Tork, Mike Nesmith and Davy Jones doing the harmonies. It is, in my opinion, little short of brilliant.

The Scala producers found it and the presenter Mark Forrest agreed it was a little-known gem. Even if my fascinating thoughts about humour in the pandemic do not propel any of the Private Eye books to the top of the bestseller lists, perhaps I can help to get this track on to a list of Christmas musical favourites. It might make a change from Slade.

I do love choral music and I went to a wonderful Advent service of lessons and carols at St James’s Church in Sussex Gardens, London. The service was pretty high-church, with more smells and bells than you could shake a censer at. There was an excellent choir singing anthems by Thomas Tallis and also the old song “Torches” while the congregation held lighted candles. The hymns for us to sing badly in comparison included the stirring “Hills of the North, Rejoice” – the Victorian one that has a verse for each point of the compass, which has been the victim of previous culture wars when it was criticised for being tainted by imperialist attitudes. The readings were eclectic, with the prophet Haggai putting in an appearance and St Cyril of Jerusalem featuring from the Catechetical Letters of the Church Fathers. You don’t hear much of Cyril nowadays. There was even sherry after the service, and mince pies. Sometimes, to misquote the 23rd psalm, one’s glass runneth over.

During the sherry bit of the proceedings, I was collared by the vicar. I was just thinking in a rather sanctimonious way that, no matter how much I was enjoying all the tradition, perhaps the CofE should be connecting more with the present day, when he announced that they were going to show us a new icon of the Virgin Mary – the first to feature the Windrush. Commissioned by the parish church of St John the Evangelist in London’s Kensal Green, the picture shows two ships sailing into Britain. St Augustine arrives in Thanet, Kent, in AD 597 on one side of the icon, and on the other the Windrush docks at Tilbury, Essex, in 1948. As the visiting priest explained, the faith was brought to Britain by one voyage and revitalised by the other. Without the Caribbean influx, he said, he would not have a parish. He then pointed out that the writer of the icon (they are not called “artists”, I learned), Amanda de Pulford, had included a black saint on the left-hand panel. This is St Josephine Bakhita, a Sudanese woman taken captive at the end of the 19th century by Arab slavers, who was then freed and lived as a nun in Italy. She became the patron saint of Sudan and also the patron saint of the victims of human trafficking. 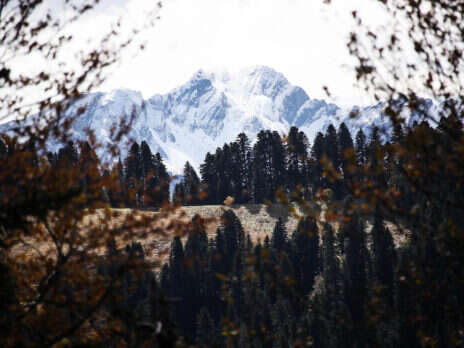 A trip to the Caucasus mountains, what the pandemic revealed about power, and Putin’s fear 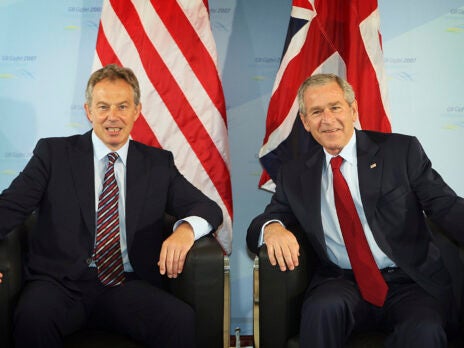 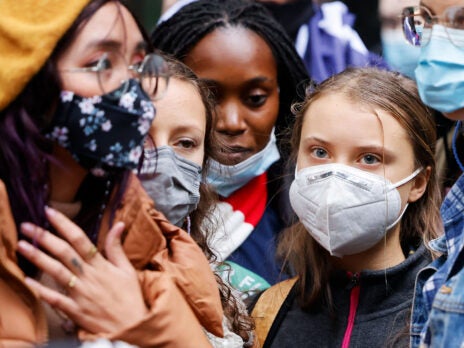 Rowan Williams’s Diary: Judging the Booker Prize, the ethics of climate change, and the birth of our first grandchild

Fair enough, I thought, that really is quite a good mix of the Ancient and Modern (as the hymn books used to be called). The vicar was then explaining that suitably local flowers from the area appear around the feet of the Virgin, when one parishioner interrupted: “That’s good, because many of us will end up in Kensal Green Cemetery pushing up flowers.” We all laughed, but he sounded remarkably cheery about this, and I envied him his equanimity.

Still, the true message of Christmas remains very clear to me: it is a time for giving presents, preferably books, and my favourite joke in the latest Private Eye annual is the depiction of the Three Wise Men arriving in Bethlehem bearing gifts of “gold, frankincense and The Richard Osman Novel”. This joke is destined to be topical for many years to come.

Ian Hislop is a journalist, broadcaster and satirist. He is the editor of Private Eye and a team captain on the BBC quiz programme Have I Got News For You.